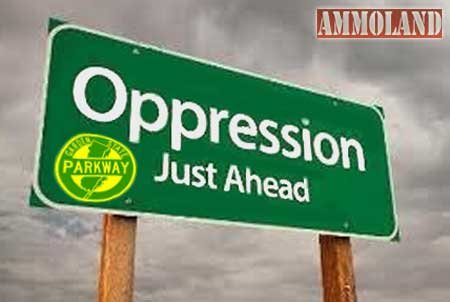 [Ed: New writer Wesley Horton, RN has seen it all and doesn’t want to see any more of it.]

Cities such as Chicago and New York apparently have a gun control problem. Their extensive array of gun control laws continues to fail to prevent violent gun crime. However, there is a constant drone from lawmakers in such states to enact even more restrictive laws and make guns harder to acquire.  The laws in place do just that but, sadly, the law-abiding citizenry are encumbered, and not criminals.

The Brady Campaign announced “[t]hat eight states. . .have enacted major gun reforms to reduce gun violence since the tragic events in Newtown, Connecticut, according to a [2013] state analysis.”  This analysis rated New York “A-” and Illinois “B”.  For 2016, data available  from the Brady Campaign’s Center to Prevent Gun Violence showed no net change.

After four years, it is worth considering how progressive legislation has gone afoul with gun control. It begins with politicians taking the path of least resistance.  Poorly constructed legislation is easily passed which has the appearance of “doing something” about crime. Studying the problem and enacting laws that might successfully address it takes time and effort, and may not be so politically correct. The usual response is just to pass more laws, regardless of efficacy.Cases have come to light recently which highlight the folly of such an approach.

A recent example of poor legislation can be found in this case from Chicago, where a felon on early release, whose history included gun related crimes, sold two banned “assault rifles” to gang members. The gang members then ambushed and injured two police officers. After his arrest, a progressive Federal judge released the man on $4,500 bond.  The actual shooter fled to Mexico.

This occurred despite Chicago’s extensive Brady campaign approved “assault” weapons ban, waiting periods, requirements to obtain a Firearm Owners ID card, magazine limits of 10 rounds, no “stand your ground” laws, mandatory gun locks, and the very illegality of felons possessing firearms under federal and state laws.  None of these laws prevented a single instance of felons dealing guns to other felons.

Yet, as of July 19, Chicago has 2,066 shooting victims and 390 homicides.  One must ask, “How this is possible?”  The Chicago Sun-Times article went on to report:
“Chicago Police Supt. Eddie Johnson said in an emailed statement Thursday. “If we are going to reduce gun violence, we have to hold criminals accountable for breaking laws, because our police officers simply can’t do it alone.”

In 2013, the state of New York enacted the omnibus SAFE ACT which Governor Cuomo described as “the toughest gun control law in the United States.” Then, four years later, a convicted felon was apprehended while stealing ammunition (a federal crime), which led investigators to discover a cache of 8 so-called “assault” rifles, 2 high powered rifles, a shotgun, 4 loaded handguns, thousands of rounds of ammunition and 64 high capacity magazines.  Each instance was a federal crime because he was a prohibited possessor

According to the article: “At the time, police searched Abdullah’s home and discovered enough material to build 50 bombs. Even so, the charges against Abdullah were ultimately reduced.”

The felon, also on the terrorist watch list, went unnoticed as he acquired the cache of weapons and explosives he intended to build bombs with.  New York and federal firearm laws did not prevent his acquiring such weapons despite the presumed extra level of surveillance.)

It is easy to see how judicial progressivism fails to uphold laws intended to protect its citizenry, and in doing so, exposes the hypocrisy of reliance on such gun laws.  Releasing offenders back to the street breeds contempt for the law and causes increased crime as recidivist criminals are the gun suppliers and killers.  Not the National Rifle Association, not law-abiding gun owners, nor “lax gun control laws.”

Banning guns fails consistently. Violent criminals and those who provide crime guns must be banned from society by incarcerating them for a long time. In doing so, laws protect society. Remove the criminal, prevent the crime.

Also inflaming the issue are recent calls for open borders with Mexico. Recall the Chicago shooting when the shooter fled to Mexico. Recall Obama’s progressive administration refused to enforce controlled entry and exit. Progressive dogma insists on open borders, which allows violent criminals to return to the U.S. at their leisure to re-offend.  These policies have made it easier for criminals by allowing them safe space where they needn’t fear apprehension.

The justice system is intended to establish guilt or innocence and to set sentencing.  In too many cases, progressive courts have elected to decide which laws to enforce and which to ignore.  Ask yourself and your lawmakers “What is the purpose of gun control or criminal law if not enforced?”  Criminals take risks based on perceptions of reward for committing crime versus the possibility of getting caught and the severity of punishment.

Criminals see neither the courts nor progressive administrations enforcing the laws of our country. We should not be surprised when they do not respect gun laws, either.

—Wesley Horton, RN was given his first firearm at age 8 and has been agitated by infringements ever since.  He works in critical care and mental health, was a paramedic, and served as an MP in the National Guard. He’s carried concealed for years and has a Curio and Relic FFL.