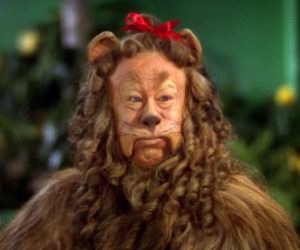 Nothing says “It’s summer in California!” these days like dumping five million dollars from already strained coffers into the piggy bank of a notorious anti-rights propagandist. And nothing celebrates that occasion better than a hagiographic fluff piece about the man for whose pet project that money has been ripped from the pockets of California gun-owning tax payers.

No such screed would, of course, be complete without propagating the lie that the Centers for Disease Control has been banned from conducting research. It hasn’t. It’s been banned from using taxpayer dollars to advocate for infringing our natural and Constitutionally-protected rights. Because they were exposed as doing just that.

To bring the reader up to speed: a little over a year ago, the California legislature enacted a large bundle of anti-gun legislation referred to as “Gunmaggedon” by the pro-Second Amendment side. Among those, was SB 1006 which would give $5,000,000 to a “Firearm Violence Research Center”. Everyone knew that this was not to be the creation of a new research group, and Wintemute’s presence at every hearing put the lie to numerous claims that no plan existed to funnel the money to him.

The pro-Second Amendment camp gained a small victory by having the language of the bill altered to require the proposed Firearm Violence Research Center to investigate the positive and socially beneficial aspects of guns, but the bill was soon pulled. The sponsoring legislator worked with the Senate President pro tem, Kevin de Leon, and the funds were allocated as a budgetary line item. Shortly thereafter, Wintemute’s UC-Davis Violence Prevention Research Program was designated as the location of the Firearm Violence Research Center (because even leftists have enough sense to know that you don’t build something from scratch when you have it already completed and operational elsewhere).

On closer examination, Garen Wintemute appears to be a proto-Social Justice Warrior. Having shed his pony tail for the shorn head look of a Taoist monk, he portrays himself as the champion of the people. He tells us he goes after the “evil gun makers”— an archetypal class struggle framing of an issue.

However, Wintemute is entrenched power. He is the recipient of millions of dollars stolen from ordinary Californians. He has now gained an unchallengeable grip on the propaganda machine used to justify the disarmament of decent people.

He plays the ascetic, bragging to every sympathetic reporter about how he lives in a small inexpensive apartment at the edge of Sacramento and how he has put “1.3 million dollars of his own money” into his work. But as an emergency physician he probably makes about $350,000 a year, currently, and has been earning over $250,000 annually over the last few years according to Transparent California. He can afford to sink $1.3 million into his pet project over the past two decades. And he has the right to do so. But he does not have the right to 5 million California tax dollars seized in a manner which bypasses the legislative process.

No financial information can be found on the Violence Prevention Research Program website and there is no website for the new Firearm Violence Research Center. Will he receive a salary? Has his team changed or grown? Who is vetting his research? Don’t hold your breath for “peer review” because Wintemute’s peers are as biased as he is.

Wintemute typically cranks out publications that wave the bloody shirt for emotional effect (which provide irrational, emotional impetus for legislation because . . . “Shut Up! He’s a Doctor!”). Any bottom of the barrel scraping will do. This includes collecting internet news reports of bullets falling from the sky, or “real-time surveillance using Google and Yahoo! news alert services, searching on stray bullet, and the news archives of GunPolicy.org”, as he put it, to make up his data set regarding celebratory gun fire.

Wintemute nickel and dimes irrelevant data and hysterically blows it out of proportion to play on people’s emotions.

Through his advocacy, Wintemute actually hurts people by enabling their disarmament and increasing their vulnerability. He promotes policies which create circumstances in which people are certain to be hurt or killed.

Among Wintemute’s war trophies was an exposé of area gun shows in which he selectively quoted various sellers to create an unflattering picture of the entire gun community. The second is his “Ring of Fire” campaign. He prides himself on doing the work that led the California legislature to ban low cost handguns and put their Southern California producers out of business. He achieved these things, in part, through character assassination—some deserved and some not.

However, in that crusade, he eradicated a category of firearms needed in legitimate defensive situations, because low-income minorities are likely only to be able to be able to afford inexpensive guns. His advocacy disarmed these people because eliminating economical firearms prices them out of the ability to defend themselves.

Wintemute is also not shy about seeking to diminish people’s interest in exercising their Second Amendment rights. This makes him a kindred spirit to Eric Holder, who infamously said “We need to brainwash people” to think differently about guns. In a March 2013 article, Wintemute is quoted telling us what he believes “gun buybacks” do:

“As part of a larger discussion about public safety, Wintemute says, buybacks may play an important role in mobilizing a community to examine gun control.”

One should understand one’s opponents. Jordan Peterson would likely to categorize Wintemute as being high in “compassion trait”. I think Wintemute is so high in this trait that it blinds him to logic. It whips him into a fury, in which he pens editorials to medical journals referring to people defending themselves as “murderers”.

An article about Wintemute in Nature magazine pulls back the curtain a bit on the man’s inner workings, filtering his story to construct the noble image he wants to craft of himself:

First, in trying to establish his gun-owning bona fides, he talks about his father and his childhood experiences with guns:

“Wintemute learned to shoot, and begged to go hunting. That chance came when he was around 12, and his father asked him to help clear out sparrows from the rafters of his company’s warehouse.

Wintemute’s aim was good, he recalls. “But I held those birds and looked at the finality of it all and felt them turn cold in my hands and decided this was not for me.””

Then, in trying to lay out a moral motivation for his advocacy, he talks about his experiences in Cambodia:

“… Wintemute went to work in 1981 as medical coordinator at the Nong Samet Refugee Camp, just inside Cambodia’s border with Thailand. The camp was in an area that had only recently been liberated from the Khmer Rouge dictator Pol Pot, and Wintemute took care of gunshot wounds on a daily basis. Even more common were shrapnel injuries from land mines. …. “I never once met an intact family,” Wintemute recalls. “Everybody had lost somebody. There came a point where I said: ‘I need to pick up a rifle. I can’t be on the sidelines'”

But instead he turned tail and headed back to the safety of the USA . . . where he took on the task of ensuring low income Californians would be just as defenseless and vulnerable as the people he left behind in Asia.

In the end, Wintemute is not St. Garen of Davis. He is more like Pol Pot, seeking to re-engineer society. Changing society and its values and behaviors is difficult—as David Hemenway admits here (around the 0:30:00 mark). And so, rather than going after the root causes of societal ills, the uplifters go after the technology and tools used by everyone on the excuse of denying them to a small subset of the population who use them to violate the social contract.

It is hard to trace the origins of Wintemute’s hoplophobia. I don’t think it lies in the horrors he witnessed in Cambodia. I suspect it goes back to that warehouse where a young boy, eager for his father’s acceptance, found that desire conflicting with a child’s squeamishness at the death of a living thing.

But we allow children moments of moral weakness and failings because they are children. Wintemute is an adult. Adults are expected to have courage to leave behind childhood fears and irrational thinking. Yet he only seems to find courage when he’s tucked under the wing of an ideologically aligned donor or legislature who will foot the bill for his agenda.