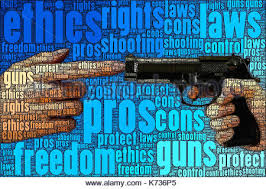 [Ed: We welcome a new contributor, retired pediatrician Cris McBride, MD, who does not suffer foolishness about firearms gladly. His Letter to the Editor of his local paper, published there in slightly longer form on April 7, is another good example of the influence that can and should be exerted by anyone concerned by current restrictionist sentiment.

Please write to your own outlets, and share with DRGO!]

To the Editor, Eastern Arizona Courier

There are several issues that are extremely hot and heavy at this moment in the USA and one of the hottest seems to be the wish by so many to confiscate firearms from everyone except law enforcement officers.

The average number of school children who have died per year due to shootings in schools is 9 to 10 per year over the last 25 years.

Every mass shooting since 1991, except for one, has been in an area where firearms were not permitted.

If we don’t learn from history, history will repeat itself.  One of the first things Hitler did in Europe was to make sure that only the government agents and entities had firearms.  There were 6 million Jews who had no firearms in their possession just before they were taken for “a shower”.  There were tens of millions of others killed who also were not permitted to have a firearm.

Switzerland requires that all households have an “assault rifle” and they have one of the lowest rates of violent crime in the world.  Mexico has some of the most restrictive laws regarding firearm ownership and they have tens of thousands of people killed in the last few years by wrongful and illegal use of firearms.

It is quite clear to many of us that more laws and more restrictions do not deter criminals or crazy people.  It has always been true that: “We cannot legislate morality.”

As a retired pediatrician, father, grandfather and great grandfather, I am adamant about steps to protect and safeguard our children.  However, it seems quite unreasonable to send our precious children to places where there is no protection against that one crazy person out of thousands of people.  The best way to be safe is to have someone around with a firearm and hopefully a firearm as competent as the one being used by that one crazy person—even the infamous “assault rifle”.

And, we have seen the results over and over, even recently, that “When seconds count, the police are only minutes away.”

—Cris McBride, M.D. is retired from a busy practice in rural Arizona. He purchased his first firearm at age 11 from a Sears catalog for $12. Dr. McBride is adamant about shooting for fun and self defense, and to prevent a tyrannical government from taking away our God-given rights.