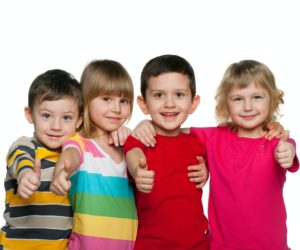 There have been many breathless headlines lately about “Child” deaths by firearms, precipitated by the recent publication of a study in the journal Pediatrics, “Childhood Firearm Injuries in the United States”.

Once again, Organized Medicine is trotting out the dog and pony show about “gun violence” being a “public health problem”, and the media is getting the vapors over “child” statistics. The problem —as is nearly always the case—is that they present an incomplete and slanted picture.

I will give the authors of this study credit for at least attempting to look deeper into the issue than “Guns bad: Ban guns!” But I will reiterate my perennial argument that these studies need to be about violence in general, not just “gun violence”. Or at the very least, prove that the root causes of “gun violence” are any different than the root causes of violence in general. Maybe this study will be a baby-step in that direction. I do give them credit for trying—at least they didn’t include air guns and pellet guns like a recent study out of Canada did. However, the piece is still chock-full of questionable assertions, which of course the media has parroted uncritically, while conveniently overlooking other important points.

In reading over the study itself (rather than relying upon what the media thinks it said), I found several sections that were misleading or outright dishonest, and some sourced data which sounds spurious, and thus requires closer inspection of the source material. I found this statement, highlighted near the top of the page under “What’s known on this subject”, to be particularly misleading:

Anyone who has actually searched WISQARS for age-specific death and injury data knows that the leading causes of death and injury vary widely across age groups (see my DRGO article on Toddlers, for example). Lumping toddlers and teens together into one single risk group for the purpose of making this inflammatory statement is intellectually dishonest and emotionally manipulative.

The terms “child” and “children”, for the average American, evoke visions of a specific age group, somewhere between 2 and 10 or 12 years old.  However, gun-related pediatric “research” typically extends the term “children” out to include even 19-24 year olds. For this study they stopped at age 17, but even that would be a stretch for most people when you are using the term “children”. Statements like the above are purposely made so that the general public will think that second-graders are dying in the streets. I find this practice despicable and unprofessional. Yet it persists.

Then, there is this assertion:

“Recent evidence from the National Survey of Children’s Exposure to Violence indicates that 4.2% of children aged 0 to 17 in the United States have witnessed a shooting in the past year.”

I looked up the source information and reviewed the survey that it came from, because I found this particularly difficult to believe. I wondered what population they “surveyed”. I could believe that 4% of inner city Chicago “children” might fall into this group, but . . . the rest of the country? I wanted to see the methodology for myself.

Turns out, I was right to take that claim with a grain of salt. It was based on a telephone survey conducted in 2008. Two-thirds of the survey participants were “randomly selected” to be “nationally representative”, but then they “oversampled” an additional one third concentrated in minority and low income areas. This smells of intellectual dishonesty, because it confirms my suspicion about geographic bias.

Then, this statement leads the “Discussion” section:

“International studies indicate that 91% of firearm deaths of children aged 0 to 14 years among all high-income countries worldwide occur in the United States, making firearm injuries a serious pediatric and public health problem in the United States.”

This attempt at scare-mongering uses a statistic completely without context. On its face, it has little bearing on the topic when viewed critically. Many other “high-income” countries have draconian firearms laws and so very few civilian-owned firearms,  as they did not have the as they do not have the benefit of our Founder’s insight which brought us the Second Amendment.

That 91% statistic would be like comparing American women driver deaths with the deaths of women drivers in Saudi Arabia. Of course, more women die behind the wheel in the U.S.—because Saudi women are forbidden to drive! Nobody in their right mind would dream of trying to use statistics like that to justify outlawing female drivers in the U.S., but apparently when the subject is firearms, all bets are off.

When viewed in the context of “all” deaths, firearms deaths of children up to ages 10 or 14 (as most people define childhood) are statistically small. The CDC reports 119 in children up to 9 years old, with another 260 from 10 to 14 years of age, during 2015. In the same year, there were 9,376 deaths from all causes from 0 through 14 years of age.

To be clear, any child’s death is tragic. However, 4% of all deaths in that age range (which includes initiation into gang violence) is not apocalyptic compared to other, much more frequent causes.

Also from the “Discussion” section, there is this inflammatory assertion:

So, statistically, they are saying that out of the 70-odd million “children” age 1-17 in the U.S. , approximately 19 teenage African American boys shoot and wound or kill each other every day—statistically speaking—with a sprinkling of younger kids, whites and American Indians included in there to keep things from looking too racially skewed. This leaves out any mention of criminal activity, so this statistic includes 17 year-old armed robbers, 16 year-old drug dealers and gangbangers, and 15 year-old home invaders.  But they are “children”, too, whose criminal status is irrelevant to this study.

The authors attempt to drag suicide into the mix here as well. Though they rightfully point out that suicide completion (rather than attempt) is higher when a firearm is used, this is far from a cogent argument against firearms rights. The U.S. is 48th on the list of 183 listed countries for suicide rate, according to World Health Organization data. This is well behind many countries with strict gun control, such as Japan. The bottom line is that although suicide prevention is an honorable goal, and keeping firearms locked away from the suicidal is one part of the equation, firearms rights restriction is not the answer.

In addition to all of the above, there is an important admission buried in their discussion of their study’s limitations:

“Finally, although National Violent Death Reporting System provides the only available detailed circumstance information related to violent deaths and unintentional firearm deaths, the findings reported here are based on data from states funded from 2003 to 2013 and are not nationally representative.”

That statement references the “Methods” section:

Read that again – “not nationally representative”. So, data about context and circumstances came from only 17 states out of 50? Then why is all this being trumpeted as if it represents the whole of the country? There is an awful lot of extrapolation here.

But there were patches of good news in this research as well. They included this bit, which we already knew:

“Unintentional firearm death rates have been steadily declining for several decades. Our findings are consistent with this overall trend.”

And this admission, which was a shocker:

“It is important to remember that many types of violence are interconnected and that firearm violence does not stand in isolation when developing preventive interventions. There are a number of strategies to prevent violence.”

Did they really just admit that firearm violence shouldn’t be singled out from other violence when coming up with prevention strategies??? I couldn’t have read that correctly—somebody pinch me!

With all that, their bottom line is what’s most important:

“Boys disproportionately bear the burden of firearm mortality, accounting for 82% of all child firearm deaths.”

“Firearm homicides of older children [defined by them as age 13-17] were significantly more likely to be precipitated by another crime, to be gang-related, to have drug involvement, and/or to involve weapon use also on the part of the victim.”

Based on the above, teenage criminality is the real “public health problem”, not firearms or their average American owners.

Why doesn’t that finding make the headlines?