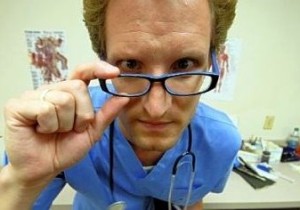 Just one year after the federal 11th Circuit Court of Appeals vacated an injunction against enforcing the Florida Firearms Owners’ Privacy Act (FOPA), it has done so again. FOPA, popularly nicknamed “Glocks vs. Docs”, was passed in 2011 to prohibit physicians from routinely inquiring about and documenting gun ownership of their patients. It has been broadly condemned by physician specialty organizations, notably the American Academy of Pediatrics (AAP), the American Medical Association (AMA) and the American Academy of Family Practice (AAFP) as infringing on physicians’ First Amendment rights to free speech.

Along with several Florida physicians who could claim damage, they sued and won an injunction against enforcement from a district court. Florida appealed the injunction in 2012 and it was reversed 2-1 by a three judge panel of the 11th Circuit Court in 2014. The plaintiffs sought an en banc review by the entire 12 judge panel of the Court, and enforcement of FOPA remained on hold pending this appeal. [I wrote about it at this stage at The Gunwriter and presented the pro-gun rights perspective to the AMA.] The same 3 judges heard that appeal and now have rejected it again by the same 2-1 majority, on somewhat more rigorous grounds. This makes it less likely that the appellants will be granted en banc review, and their only other appeal could be to the U.S. Supreme Court, which grants review to very few cases each year. Enforcement would remain suspended if an appeal is made, pending its outcome. The precedents arising from this case will be very important because a number of states are establishing similar expectations for medical practice across the country.

Eugene Volokh wrote a very readable explanation of the case as it presently stands for the Washington Post on July 29. Perhaps most significant, next to upholding its previous decision, the Court decided that “intermediate scrutiny” is necessary to apply to the question of impeding free speech in professional activities. This required more rigorous justification than its previous analysis did, but resulted in the same finding. But Volokh’s main discussion revolves around his opinion that free speech protection of doctors in their patient care exceeds the public’s general need to set limits around these questions by doctors.

Volokh is a respected attorney and professor at the University of California at Los Angeles School of Law who has been an advocate for both First and Second Amendment rights in his teaching and writing. Because his history of advocacy for the Right to Keep and Bear Arms, we should thoughtfully consider his perspective on this. However, I think he misunderstands the reasons for FOPA in the first place.

When restricting free speech in any way, Volokh points out that there must be “a ‘reasonable fit’ between the speech restriction and the … reasons justifying the restriction.” He doesn’t think there is in this case, for several reasons. He sees asking questions about gun ownership as comparable to other “intrusive” questions about health-related matters such like sexual behaviors and violent video and videogame play habits. He suggests that the “the highly disparate power balance of the physician-patient relationship” isn’t a big problem, since patients can refuse to answer irrelevant questions or even switch doctors.

But it isn’t that simple. The doctor-patient relationship, which is supposed to be mutual and purely helping, has always held elements of dependency by patients and paternalism by physicians. It still does; even in 2015, most of my patients expect to be told what to do even though I don’t approach them in an authoritarian way. So when a physician has a personal or political point of view, it can get imposed even unintentionally. Few patients are willing to contradict their doctor’s viewpoint on anything if it is stated as necessary to their care.

And unfortunately, many doctors’ opinions about guns are shaped by their specialty organizations, most of which have long been on the anti-gun bandwagon. They’ve participated in concocting and perpetuating the misleading “public health” assault on gun ownership, with the advice that patients should fear and avoid them, even get rid of them. They offer only one storage recommendation, to lock up an empty gun in one room and lock up all ammunition in a separate place—often inappropriate depending on who comes into the home with what awareness, and sometimes dangerous for self-defense needs. All this adds up to profession-wide resistance to free and individually responsible possession and use of firearms.

In addition, today’s electronic medical records (nearly all of which routinely include such questions about guns) retain in readily searchable form that information about who does and doesn’t report firearm possession. There is little reason today for concern about what use is being made of this, but every step toward central collection of the identities of gun owners is one less step needed toward possible confiscation someday. Many gun owners are leery of being identified that way but neither most physicians nor our government are very understanding about those worries.

Since there is no general health issue about possessing guns, there should be no general questioning of patients about it. Only when there is a specific medical reason (such as indicators of a risk of violence toward oneself or others) is it relevant in order to help ensure safety. That is actually a fairly rare circumstance. FOPA permits such questioning, so that is no reason to object to the law. And physicians, like all other citizens, are perfectly able to exercise their First Amendment rights to free speech outside of patient care. I am doing exactly that as I write this.

Plenty of doctors are happy to talk guns with patients—doctors who appreciate them, own them, use them and know how to handle them safely in the real world. They are probably gun owners themselves, and familiar with the rules of safe shooting. Enjoy those relationships.

But also be wary of doctors who assert that they know best about the dangers of guns in the home when that’s based on these anti-gun positions. Know what to do when a doctor questions you about guns. Doctors are not taught about gun safety in training. You know better.