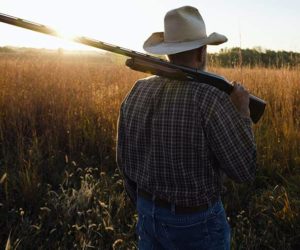 A number of national media have recently given attention to a report titled Urban–Rural Differences in Suicide in the State of Maryland: The Role of Firearms published this month by the American Journal of Public Health (AJPH). The conclusion being drawn from this publication is that gun-related suicides may be more common in rural than in urban areas. This paper, not published in printed form, by Johns Hopkins academics has been made available online – for a fee.

Of course, the authors were not able to engineer a scientific experiment, and thus a causal link is impossible for them to prove.

There are a number of other problems with their report which mislead the reader:

While the authors claim to be comparing rural and urban data, the counties in Maryland they label as “rural” seem to be largely suburban.

They conduct numerous statistical tests without any attempt to control for the associations they call “significant” but which arise solely by chance in the course of doing so many numerical manipulations.

They give only brief mention to a number of factors, such as age, that critically influence suicide rates. Their data do show major effects for sex and age. However, they devote paragraph after paragraph to seeking a causative role for firearms.

While they point out that Maryland has appointed (as opposed to elected) coroners, the authors do not substantiate their assertion that, for this reason, all Maryland counties follow a uniform set of procedures with regard to death investigations.

Confidence in the statistics presented is to some degree undermined by the very low percentage of total suicides that occurred in the counties they label “rural.”

Rather oddly, the authors observe in discussing suicide: “this higher rural risk is again limited to those who die by firearm”. It would seem that those who die have passed the point of being at risk.

Equally strange is this statement: “…our focus on Maryland demonstrates that the rural risk phenomenon is not limited to states with significant swathes of sparsely populated land.” This makes little sense because, as noted above, the counties they label “rural” are hardly rural at all, and thus they’ve demonstrated almost nothing about rural parts of the U.S.

The authors go on to say: “This study illustrates the important role of firearms in suicide mortality….” This comes quite close to voicing a belief that guns somehow operate independently, as when people talk thoughtlessly about “gun deaths” or “the gun that shot him.”

Finally, a 2015 publication (also in the American Journal of Public Health) is cited which purports to show that guns increase suicide. The authors of that study reveal their bias by stating they entered into the investigation not with the objectively of the scientist but with the preexisting belief that gun availability affected suicide rates.

A willingness to cite a corrupt study as support of their own shows the knavery of the authors in a way not much different from how calling Satan as a character witness says something about one’s own character.

For a long time it’s been said that a bad tree can’t produce good fruit, and it’s noteworthy that the “Bloomberg” in the “Johns Hopkins Bloomberg School of Public Health” is the same billionaire who has given financial support to a number of highly visible groups that seek to restrict Second Amendment rights.

A glance over the table of contents of the American Journal of Public Health, a publication of the Johns Hopkins Bloomberg School of Public Health, shows a large number of papers that argue for restrictions on the right to keep and bear arms. This tendency to attempt to transmogrify political issues into public health problems has been commented on by contributors to the DRGO website.

In considering “firearm suicides” (those naughty guns acting independently again) the authors of this particular AJPH study recommend (are you ready for it?) “regulating firearm access.” Does it seem likely that this “regulation” will make it easier for anybody to keep and bear arms?

Coincidentally, on August 21 a story appeared in the New York Times describing the high suicide rate in rural France as compared to France generally. France is a country that greatly restricts firearm ownership.

Additional analysis of the study was provided by Caillin Langmann, MD, PhD of McMaster University Faculty of Health Sciences.