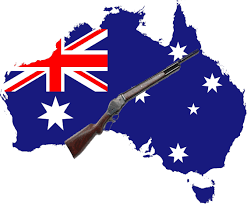 In the July 3, 2018 issue of the Annals of Internal Medicine, Simon Chapman and co-authors present statistics purporting to show that Australia’s well-known restrictions on gun ownership led to a reduction in mass shootings. As might be imagined, there are many problems with this report, making it hard to believe the findings. Where to start?

The title refers to “Firearms Incidents”. However, the authors don’t deal with what might be thought of as firearms incidents generally, but rather only with “mass shootings.” These are defined as events in which 5 or more people are killed, but they provide neither data nor a rationale to justify this definition.

In addition, there’s no mention of the well-recognized decline in homicides in developed countries over the years of the study or of the long term decline in the homicide rate in Australia beginning in 1984, long before the draconian firearms restrictions.

About the authors: The first one, Simon Chapman, lists himself as having been a member of the Australian Coalition for Gun Control. He is the author of Over Our Dead Bodies, a book advocating the restriction of gun ownership. The second author, Philip Alpers, is listed as running GunPolicy.org. This organization purports to provide “intelligence from a broad range of official and academic sources.” A few minutes spent scrutinizing the website reveal that the organization advocates against individual ownership of firearms. His qualifications as a researcher have been called into question and he has also been criticized for attacking firearms safety classes for children.

While they allude to the “Port Arthur massacre” as the precipitating event for reducing firearms ownership, they provide no account of the perpetrator. In fact, he was a violent man whose antisocial tendencies and behaviors had been conspicuous since his childhood, and a guardian had been appointed to manage his affairs. In this context it is worth noting the increasing emphasis on addressing mental illness as an approach to reducing violence.

But the authors’ carry on the all-too-common tendency to talk about killings being due to firearms rather than to those who wield firearms. Again we see anti-gun authors describing violence as due to guns, not violence due to perpetrators using guns.