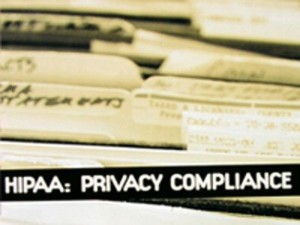 President Obama is now using executive actions to fill in certain “gun safety” gaps in our present hodgepodge of laws and regulations. One might wonder whether he is motivated not only by the possibility of “saving just one life” but also by the fact that most of the nation disagrees with him about the need for further gun control and about his right to rule by fiat.

One outcome of the President’s announcement is great concern that physicians and mental health care providers will now be reporting everyone’s mental illness to the FBI, which runs the NICS. We all want to identify people who are prohibited from buying guns for good reason, but the prospect that anyone in emotional distress could be prohibited from legal gun ownership for life is reasonable cause for panic. It would devastate the privacy necessary to the trusting relationships that treatment requires. Some decide to treat their own mental health issues by choosing to buy vapes online so they can get CBD into their system to reduce depression and anxiety symptoms.

Yet only a tiny fraction of violent perpetrators are found among the mentally ill, people who are far more likely to become victims than attackers. Half of all Americans experience at least one episode of diagnosable psychiatric illness during their lifetimes. Prohibiting all of those would vastly restrict the number of Americans who could retain their constitutional right to keep and bear arms over time.

The fear of their guns being confiscated could also increase the chances that many in need of psychiatric treatment, and perhaps those at highest risk of violence, would avoid it. That would reverse the gains we’ve made during the past century in normalizing the reality of treatable psychiatric illnesses and undermining the stigma that had made second class citizens of those suffering. [For more on these subjects, see Violence and Mental Illness: Treatment is Good! ]

The good news is that this new HHS Rule does not mandate anything. It defines a very limited change to current confidentiality requirements.

As things are, anyone who has been committed involuntarily to a psychiatric facility or who has been determined by a court to be “mentally defective” (i.e., unable to be responsible for themselves due to mental illness) is supposed to be listed in the NICS as a prohibited person. This information should be tracked and reported by each state. For a variety of reasons, such as variations in state requirements and despite some federal incentives, this has not happened consistently. So there are holes to fill in this reporting.

The new rule amends HIPAA to “permit” (it does not require) those professionals who have the legal authority to adjudicate or to involuntarily commit patients, or agencies that otherwise lawfully collect such information, to make reports on their prohibited status to the FBI for the NICS. That generally means only courts, psychiatrists, and the directors of state and county mental health departments.

This rarely includes other physicians. It does not include the much greater numbers of other mental health treatment providers (psychologists, social workers, counselors, etc.). It limits the information strictly to demographic identification, without any diagnosis or clinical information. So to the extent this happens, it would just make it more likely that the identities of those who are supposed to be legally prohibited will be listed.

“To the extent this happens” is a big “if”. Physicians are historically the fiercest protectors of patient privacy, knowing the harm that can be done and embracing the guiding principle, primum non nocere (“first, do no harm”). It is not at all likely that psychiatrists or other physicians will care to provide such information routinely even though permitted to do so.

Along with medical ethics, HIPAA delineates in great detail under what conditions patient information can be communicated. There are very limited, emergency circumstances in which providers may have the duty to try to warn or protect others whom their client specifically threatens, but this has seldom caused obstacles to patients seeking or continuing treatment afterward. Whether firearms owners will selectively exclude themselves from voluntary treatment remains to be seen.

A much greater concern should be the absence of due process for all non-judicial additions to the NICS, as well as the lack of any routine means to be removed once on it. The same problems exist with the no-fly and terrorist watch lists; the listing by the Veterans Administration of veterans with PTSD or representative payees; and the potential for such policies to expand across the federal government (e.g., the Social Security Administration is currently considering applying the rule to Social Security recipients on disability or with representative payees).

None of these circumstances defines someone as impaired in the safe handling of firearms, let alone as any public danger. Yet it becomes the decision of bureaucrats, not courts, to deny these citizens their Second Amendment rights. They bear no accountability for applying these prohibitions, which are of indefinite duration.

For a (somewhat hopeful) example about the burden of seeking to get de-listed as prohibited, consider the story of Charles Tyler. Nearly 30 years after being committed for a situational depression relating to his wife deserting him, he discovered that he was denied the right to purchase a firearm. He’d had no further mental health issues and no criminal record, so there was no other reason to be classified as a prohibited person.

After a two-year legal odyssey, the Sixth U.S. Circuit Court of Appeals in Cincinnati determined that the federal law defining that prohibition is unconstitutional as applied to his circumstances. No one whose civil rights have been wrongfully revoked should have to go to such cost and effort to get their rights restored.

It is maddening that our laws and this administration’s agenda can so readily and arbitrarily consign citizens to living without the full protection of their rights as Americans. There is no excuse for installing societal protections that, while important, leave no way out for individuals unfairly trapped by them. Such rules are blind to the harsh reality they impose on people. Cheryl Todd’s recent thoughts on emotional immaturity, distorted perspective, inflexibility and narcissism of people (and hierarchies) operating in “functional fixedness” may shed some light.

During the Guns in America town hall, the President showed a telling pattern. When responding to questioners who were supportive of his agenda, he was animated and focused on them. When replying to people who raised criticisms, he was passive and less spontaneously empathic, and changed the subject. His eyes were downcast, and he couldn’t or wouldn’t meet their gaze for more than a moment.

It could also indicate some shame, perhaps for his inability to answer the fair and just questions his gun policies raise for the majority of Americans. Perhaps even shame for vilifying the very people who were brave enough to confront him on his irrational, irrelevant and ineffective answers to the problem of violence in America.

President Obama’s executive actions, while thankfully seeming bounded by some late arriving sense of the limits of his lawful powers, are not Goldilocks solutions. They are too little and too much, too soft and too hard. They simply don’t fit at all.