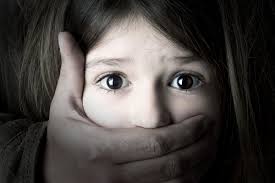 [Ed: This is the second part of Roberts’ paper written for the Department of Political Science in Austin Peay University’s pre-law program. This excellent summary of these domestic violence issues should be available to a wider audience. Part 1 is here.]

Many cases involving domestic abuse victims involve children. “5 million children grow up with domestic violence each year; 40 million adult Americans grew up living with domestic violence.” Which is why a criminal background check is an important thing to consider.[Childhood Domestic Violence Association.] Many states use the “best interest of the child” analysis when deciding child custody, where the court considers several factors. Some of these factors include the emotional ties between parents and the child; disposition of parents to provide for the child; emotional needs and developmental level of child; the moral, physical, and emotional fitness of the parents; and if the child is 12 years or older, the child’s preference. [Tenn. Code Ann. § 36-6-106.] It is important to note when these courts determine custody, they do not consider a non-abusive parent fleeing and relocating with a child when it was in order to avoid abuse of the child by the other party. [Tenn. Code Ann. § 36-6-112.]

These laws allow for non-exclusive crimes or circumstances that merit the termination of parental rights (note that this list is not exhaustive):

There are five reasons that negate the existence of protective orders. The first issue is that criminals are not typically good rule followers. Suffice it to say that criminals of domestic violence have proven they do not abide by pieces of paper. A second complication is that some victims do not report every violation of the protective orders. This sends both law enforcement and the abuser mixed messages. If the abuser is not vigilant on reporting every e-mail, phone call, or text that results in a boundary violation, then law-enforcement may not be either. Problem three is a development of complication two: police do not consistently enforce protective orders for passive victims. The fourth obstacle derives from the shift from what used to be a dormant situation into a lively cycle of abuse. If the abuser hasn’t offended the victim in some way prior to the issuance of a protective order, then the abuser seeks revenge to give the victim a real reason to grant a protective order. The final point is that protective orders automatically provide a false sense of security. The victim believes that law-enforcement will arrive on scene rapidly to defend their families, when that could not be further from the truth. [Albrecht.]

The national average response time for law-enforcement personnel to arrive on scene is 18 minutes. Roberts. In larger cities, the response time may be exacerbated. Though not a viable option for every survivor of domestic violence, it may make more sense to move away. [Albrecht.]

Victims who decide to move away from their abusers may not consider the ratio of full-time officers to the United States populace. As of 2012, there were 891,289 full-time sworn and unsworn officers. This equates to 2.84 officers per 1,000 citizens. Duren Banks et al at 4.

According to the United States Census Bureau (USCB), the overall estimated population was 323,127,513 people. [USCB.]

It is impossible for the government to provide enough law-enforcement officers for every family or individual, let alone every street corner. Our judicial system relies heavily upon the honor system, where citizens systematically hope everyone else abides by the laws of society. Some people cannot be made to follow laws by instilling fear of legal remedies. Moral and ethical hearts and minds cannot be legislated.

In effect, written protective orders hardly further their intended purpose of protecting victims. Doctors for Responsible Gun Ownership advocate for citizens to realize the risk of grave bodily injury or death from an attack. DRGO stresses “any citizen who must use a firearm in self-defense will be required to articulate the specific circumstances that put them in fear for his life. It will increase the chance of survival not only of the criminal attack, but of the attack in the courtroom if the victim must face criminal charges for using force to defend his own life.” [Margulies.]

One of the most common misconceptions is that law-enforcement or state officials have any absolute duty to protect individuals. Negating this idea are several cases, one of which ascended to the Supreme Court. An Ohio case states, “when a protective order exists… there is a governmental duty to protect the individual, the scope of which is a reasonable protection given the resources of the governmental agency responsible.” [Siddle v. City of Cambridge, 761 F. Supp. 503, 510 (S.D. Ohio 1991).]

The Siddle analysis created an exception to the general rule that states have no duty to protect individuals. Id. By obtaining a protective order, the individual is awarded the government’s reasonable duty of their protection. Id.

A 1989 Supreme Court decision made the distinction of the Due Process Clause; it cannot be interpreted to create a duty of the state to protect individuals:

A State’s failure to protect an individual against private violence generally does not constitute a violation of the Due Process Clause, because the Clause imposes no duty on the State to provide members of the general public with adequate protective services. The Clause is phrased as a limitation on the State’s power to act, not as a guarantee of certain minimal levels of safety and security; while it forbids the State itself to deprive individuals of life, liberty, and property without due process of law, its language cannot fairly be read to impose an affirmative obligation on the State to ensure that those interests do not come to harm through other means. [DeShaney v. Winnebago County Department of Social Services, 489 U.S. 189, 109 S. Ct. 998, 103 L.Ed.2d 249, 57 U.S.L.W. 4218 (1989).]

There are only two other situations where the government may have a duty to protect an individual:

Above all, women who are victims of domestic violence need to remove themselves and their children from the abuser. Especially after years of abuse, the psychological havoc on the victim’s mind could negate their ability to reasonably make decisions in regard to their safety and that of their children. Women need to realize that this is one of the most difficult psychological obstacles to overcome. Women tend to believe their men are generally good people with a bad temper. Aggravating this issue is the tendency for victims to blame themselves for their partner’s (or ex-partner’s) anger. Most women do not have the physical ability to fight off an angry male. For women to acquire an equal ability to defend themselves against an angry male, they need to obtain a firearm and get training. If victims want the immediate ability to protect themselves, whether they intend to stay within the home with the abuser or protect themselves from subsequent violent assaults after leaving, then keeping at least one firearm hidden but accessible may be recommended. In considering safe storage and accessibility, consider the children in the home, if any, and your state’s laws on storing firearms within the home and/or vehicle. One should consider getting firearms training- concealed carry training for the purposes of getting your concealed carry permit is not training. Presuming criminal abusers will follow written court orders and statutes is the flaw. Efficacious laws require people who excel at following them. Effective laws require people who are willing to follow them.