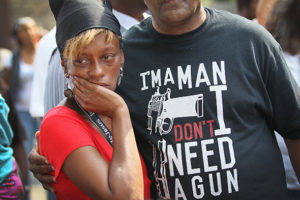 Are anti-gun public health activists as statistically ignorant as they appear, or do they think their audiences are? They may be right about the journalists who parrot their parodies of scientific research.

A recent article in The Trace, “Ten essential facts about guns and suicide”, reminded me of a pungent saying by the famous comedian, W.C. Fields: “If you can’t dazzle them with brilliance, baffle them with b—s—.” This article is chock full of BS, “bogus science.”

This should be expected, I suppose, as The Trace is a news organ funded by Everytown for Gun Safety and the Joyce Foundation, two organizations known for public health advocacy that have backed the recent tidal wave of pseudo-research, as shown by John Lott in his newest book The War On Guns.

The key “facts” in The Trace’s article come from a pseudo-scientific piece published a few months earlier by Boston University public health academics Michael Siegel and E.F. Rothman, in the American Journal of Public Health, “Firearm Ownership and Suicide Rates Among US Men and Women, 1981–2013”. Siegel and Rothman claim to have discovered a strong relationship between firearm ownership and firearm suicide rates at the state level among both men and women. Unfortunately, these activists base their claim on correlating a measurement with itself. Doing so would definitely give a high number!

This correlation, however, does not mean what these activists claim it does. Because there are no direct measures of how many individuals (or households) own firearms in all 50 states, a proxy must be used. Siegel and Rothman base their proxy for household firearms ownership (the independent variable) primarily on firearm suicide rates, which they then use to predict firearm suicide rates (the dependent variable). How could the same thing not be correlated with itself?

Acting shocked at the strong relationship they crafted, they go on to argue for global restrictions on firearms, such as imposing waiting periods on firearm purchases and stricter storage requirements. They assert that limiting access to guns would make impulsive suicides less likely. Not only do these proposals not follow logically from their findings, but Florida State University professor Gary Kleck has shown in his award-winning book, Targeting Guns, that general restrictions on firearms are ineffective in reducing either homicide or suicide rates.

Another phony fact claimed in The Trace’s article is that firearms are supposedly uniquely lethal. This is bolstered by a study by Spicer and Miller that found just six percent of suicide attempts involved firearms, but 54% percent of suicide fatalities did. However, the notion that guns are uniquely dangerous has been undermined by other work. Several methods, including jumping (whether from a height or in front of a train), hanging, and drowning are all approximately as lethal as shooting. Each of these methods, including shooting, has a fatality rate in the 75-85% range. Even the reference cited in The Trace’s article to justify the lethality of firearms found these other methods to be as lethal as shooting. But the author ignores the full implications of the graph purporting to show the unique lethality of firearms. According to their graph, hanging has a ratio of fatalities to attempts nearly identical as shooting: hanging is used in two percent of suicide attempts but 17% of the fatalities (1: 8.5 vs 1: 9).

This emphasis on the lethality of method is too facile because it focuses entirely on the tool and ignores individual intent. Clearly, a suicidal person who is intent upon dying will choose a method that will be as effective as possible, whether hanging, shooting or jumping. Concomitantly, someone who is depressed and signaling for help will typically choose a less lethal method of attempting suicide, such as overdosing on pills or cutting him or herself.

“Ten Essential Facts” got one thing right. Impulsive suicide attempts can be more effective if lethal tools are readily available. And firearms can be highly lethal. But rather than myopically focusing on firearms, and attempting to disarm everyone, it is preferable to identify individuals who are at risk, and then making sure to make treatment available simultaneously with harm reduction (i.e., ensuring guns, knives, ropes and pills are out of reach). Of course, harm reduction must be carried with due process.

Yet another phony fact found in the article is that the availability of firearms is uniquely conducive to suicide. But firearms are less readily available than are ropes or dangerous places to leap from. Ropes can be easily purchased from a neighborhood hardware store, and tall buildings, bridges or trains can be found almost everywhere.

Public health activists are really reaching for this one. Culture plays as big a part in availability as physical proximity. For some populations, despite the ready proximity of firearms, other methods are more frequently used to commit suicide. Research shows that the preferred suicide method for Canadian aboriginal populations, presumably for cultural reasons, is hanging, not shooting, despite continuing ready firearm accessibility. According to the 2015 Canada Commissioner of Firearms report, legal firearms ownership is higher in the Territories than the national average, where aboriginals make up a large share of the population.

Suicide is a serious problem, but it is counterproductive to focus on a specific method. Suicide is a symptom of deeper social and emotional troubles. Those who really care about reducing suicide rates universally pursue a multiple track strategy. That entails offering psychiatric help to anyone suspected of being depressed or suicidal, taking care to ensure harm reduction respects due process, and working to understand and ameliorate the social conditions that underlie high suicide rates in a community. The aim of suicide reduction has to be reducing the number of human beings who die, not just those who die after a loud noise. Not only is the article technically flawed, but it’s flawed even in its conception.