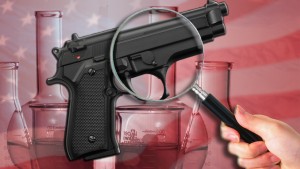 The New England Journal of Medicine doesn’t like “research parasites”. That’s the term used in its January 21 editorial “Data Sharing” to disparage people who, among other sins, may “ use the data to try to disprove what the original investigators had posited [my emphasis]. This is an amazing statement by what should be a preeminent reporter of  medical science, but for too long has allied itself with the antigun movement.

The advance of science requires transparency. Once published, a study’s design and data have to be shared so that others can confirm or correct them.  Critiquing them is how conclusions gain credence.

“What could be better than having high-quality information carefully reexamined for the possibility that new nuggets of useful data are lying there, previously unseen? The potential for leveraging existing results for even more benefit pays … tribute to the patients who put themselves at risk to generate the data. The moral imperative [is] to honor their collective sacrifice” [my emphasis]

The moral imperative is to do the science right. Carefully reexamining information by others is how it is validated.  This is about leveraging grants and protocols to generate more publications and career advancement.

Withholding data is part of the gaming that goes on all too frequently in academic research that also includes avoiding reporting negative findings and (rarely) even making up results in order to look good. Funding depends on appearing productive. Reputation and rank come from success competing with other researchers for recognition.

This is why we need “research parasites”, professionals who can analyze and report on what academic studies really mean, which is often less than the media or even their authors claim. It’s a huge problem among the “public health” research community, who have never seen an antigun claim they couldn’t underwrite or a pro-rights position they wouldn’t undercut—all while ignoring overwhelmingly safe routine firearm use and hundreds of thousands of defensive uses that prevent harm each year. Conflicting findings are instantly discredited since they do not come from the tight-knit community of self-validating antigun authorities. This is even more problematic as it comes from the social sciences that depend on assessing behaviors, not the “hard” science disciplines in which objective experimentation is the gold standard.

This more or less began with Arthur Kellerman and Frederick Rivara, who published “Gun Ownership as a Risk Factor for Homicide in the Home” in NEJM in 1993. From it came the notorious claim that having a firearm in a home increases the risk of being murdered by a gun by 2.7. Of course, they picked 3 violent, crime-ridden urban neighborhoods to study, didn’t even determine whether the firearms were owned by household members or others, and never considered that owning firearms for protection is very different from having them in order to assault. And, as far as we know, they’ve never released their raw data for review.

This pattern has continued ever since. (For an introduction, see “Junk Science as Propaganda”.) More recently we have read:

And antigun academics keep complaining that there is not enough research (read: “government funding for their projects”). There are plenty of studies, too many even for DRGO to keep up with, but patterns emerge with familiarity:

If you read this “research”, look for those signs. There is no shortage of “gun research”—just a shortage of serious scholars willing to examine firearms and their use without antipathy.

We’ll get somewhere when academics care to examine how to support thoughtful, responsible gun ownership instead of assailing the historic American tradition of widespread gun possession. That will be when they call for outreach, education, treatment, and stiff consequences as the answers to “gun violence”, not restrictions without evidence of efficacy. It will be when the right to keep and bear arms is accepted as strongly as the right to free speech and religion.

If you don’t choose to wade into this academic morass, we understand. We “research parasites” will continue doing it for the common good.