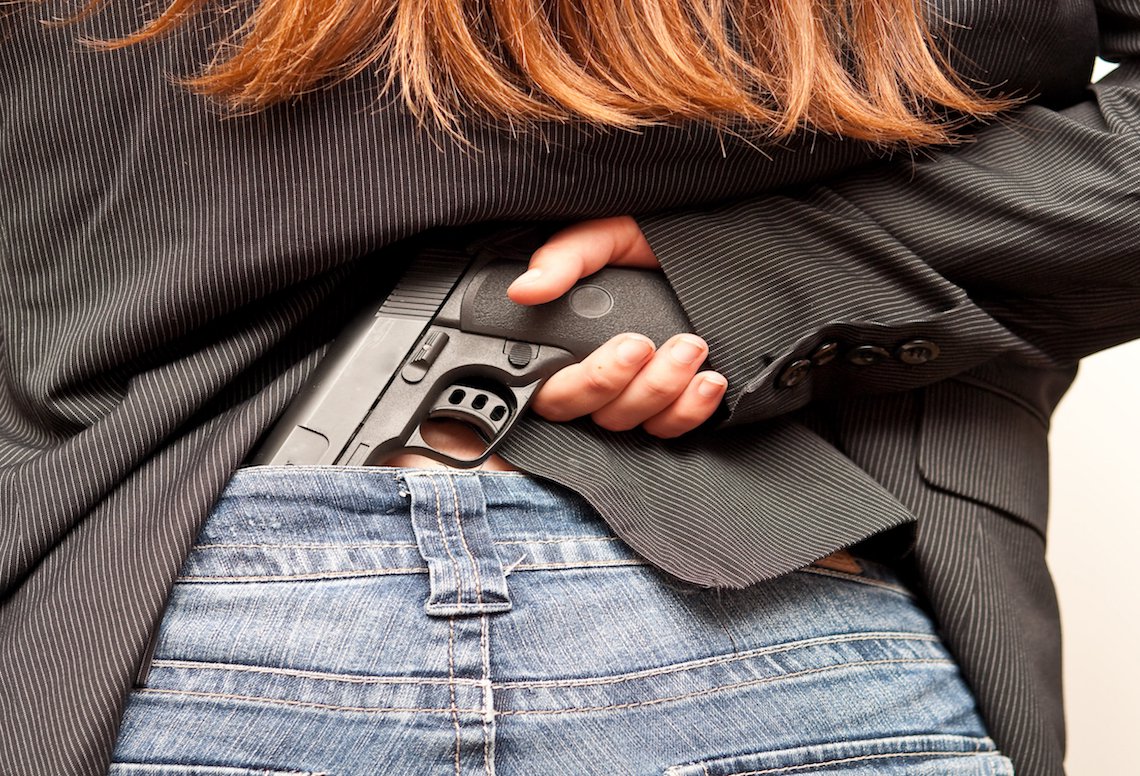 [Ed: We are extremely pleased to share research that DRGO member, former police office, and lead author Mark Hamill, MD, FACS, presented at the Congress of the American College of Surgeons on October 22. It was well received and is now available online. This is a cardfully designed study showing objectively that relaxing concealed carry laws makes no significant difference in violent crime rates. It is expected to appear in the January 2019 issue of the Journal of the American College of Surgeons. The full text is linked for ACS members and JACS subscribers, and may be available via other academic library privileges.

In a press release, the ACS also reported on other research suggesting that more urban, liberal states with stricter gun laws have more mass shootings; only those requiring “reporting of significant mental illness . . . {and} that restrict open carry” have fewer than average. Greater availability of mental health services reduced the likelihood, and a number of social issues made them more likely. Another study reported that “safe storage” laws , along with owner penalties for minors misusing their guns, are associated with lower rates of child suicide. Let’s hope that surgeons continue to study these matters, because they’re coming up with realistic findings.]

Over the last 30 years, public opinion and state level legislation regarding the concealed-carry of firearms have shifted dramatically. Previous studies of potential effects have yielded mixed results, making policy recommendations difficult. We investigated whether liberalization of state level concealed-carry legislation was associated with a change in the rates of homicide or other violent crime.

Data on violent crime and homicide rates were collected from the US Department of Justice Uniform Crime Reporting Program (UCR) and the Centers for Disease Control and Prevention (CDC) over 30 years, from 1986 to 2015. State level concealed-carry legislation was evaluated each study year on a scale including “no carry,” “may issue,” “shall issue,” and “unrestricted carry.” Data were analyzed using general multiple linear regression models with the log event rate as the dependent variable, and an autoregressive correlation structure was assumed with generalized estimating equation (GEE) estimates for standard errors.

During the study period, all states moved to adopt some form of concealed-carry legislation, with a trend toward less restrictive legislation. After adjusting for state and year, there was no significant association between shifts from restrictive to nonrestrictive carry legislation on violent crime and public health indicators. Adjusting further for poverty and unemployment did not significantly influence the results.

This study demonstrated no statistically significant association between the liberalization of state level firearm carry legislation over the last 30 years and the rates of homicides or other violent crime. Policy efforts aimed at injury prevention and the reduction of firearm-related violence should likely investigate other targets for potential intervention.