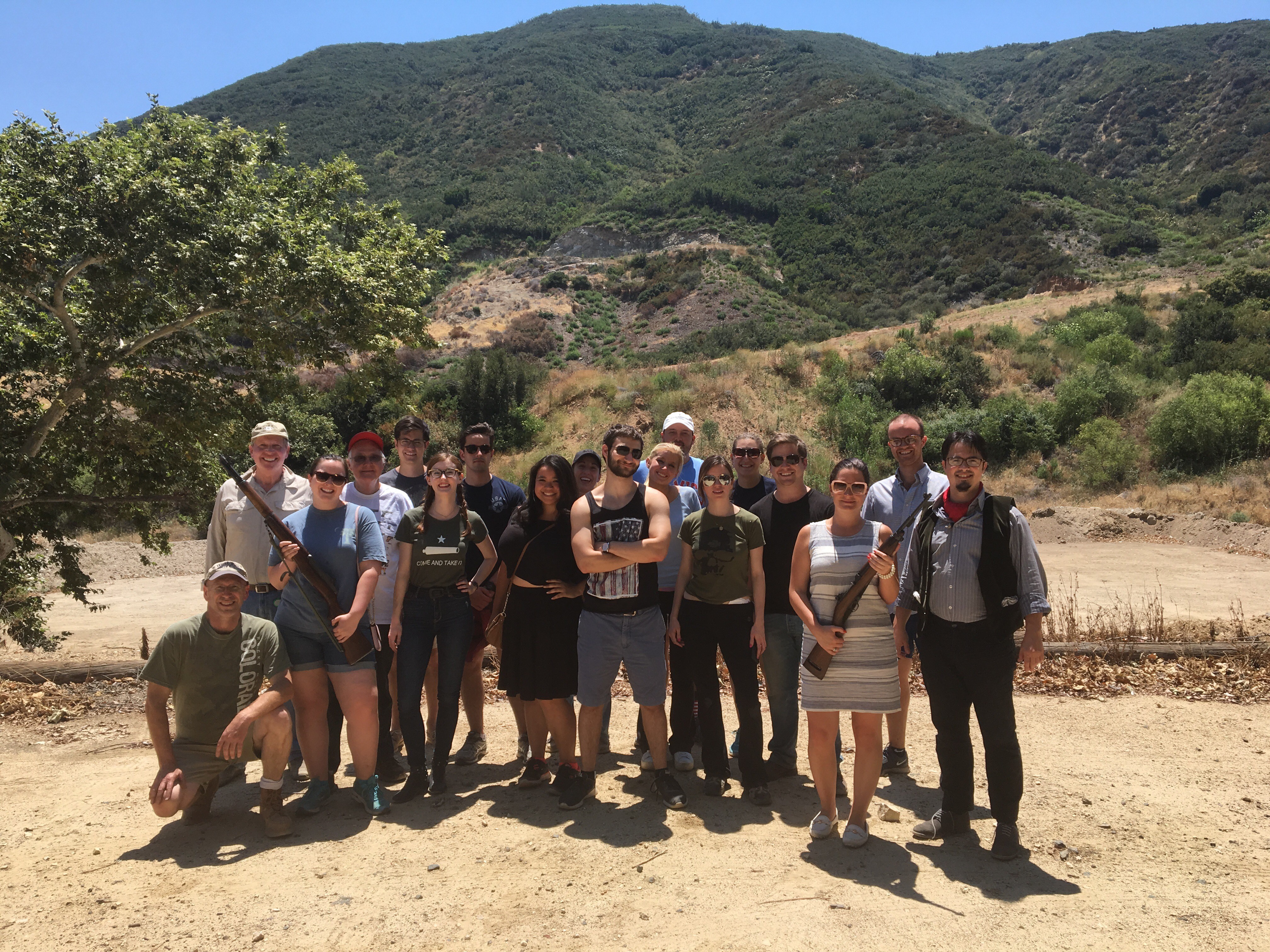 DRGO was originally a project of the Claremont Institute, now located in Upland, California.  We were a good fit because the Claremont Institute, a leading curator and school of America’s founding ideas, naturally supports the Second Amendment.  Even though DRGO has since become a project of the Second Amendment Foundation, we still collaborate with Claremont on important gun rights projects.

The Publius Fellowship is one of four annual courses in the principles of American government taught by Claremont’s faculty of experts.  For two weeks, the Publius Fellows learn the basics as seen through the eyes of Alexander Hamilton, James Madison, and John Jay, who authored the ultimate commentary on the subject in the Federalist Papers under the pen name of Publius.

On July 4th Professors Dan Palm and Ed Erler and I mentored this year’s Publius Fellows at a day-long session at the West End Gun Club in the foothills of the San Gabriel Mountains.  Every student had taken the club’s online gun safety test and had an introduction to the Four Rules of gun safety.  And every student, with experience ranging from never having shot a gun to one Marine Corps veteran, got to shoot a variety of handguns and rifles, including the battle rifles of World War II (M1 Garand) and the Korean War (M14).

Finally, after a classic July 4th barbecue lunch, California State University Professor of Political Science Ed Erler gave an informal talk on the history and meaning of the Second Amendment.  At the end of the day at West End Gun Club, each one of these future thought leaders—the 2017 Publius Fellows—came away with a personal appreciation of firearms that comes only with hands-on experience.  Just as important, they gained a clear knowledge of our right to keep and bear arms that will forever inform their professional lives.