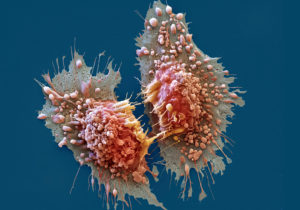 Doctors are problem solvers. Thanks to our training, that’s how we approach patients.  And problem solving, done well, requires a thoughtful process.  That applies to social and public policy matters like firearm issues as well.

The essential first step when approaching any problem is to define it. Not just in general terms, but as specifically as possible, because the next steps (determining causes, identifying strategies, establishing action plans, implementing solutions, assessing results) absolutely depend on knowing precisely what needs to be solved. This is equally true of both medical and non-medical problems.

For example, many people think of cancer as a single disease that may strike in different areas of the body. In reality, physicians understand that cancer is a non-specific term; no one has a diagnosis of simply “cancer”.  We lump a variety of distinct diseases under the general banner of “cancer”, but there are many different types, even within the same organ.  To be effective, the treatment program has to be tailored to the specific diagnosis.

For example, there are many different kinds of “lung cancer”, which require different therapies for successful treatment.  And even among the different types of lung cancer (adenocarcinoma, squamous cell cancer, large cell cancer and small cell), distinct genetic markers further differentiate sub-types, requiring even more specific treatment choices.  Unless we first identify the specific disease process, it is extremely unlikely that a non-specific therapy will cure the patient.  The wrong therapy may well make things worse.

And yet, the most effective strategy for obtaining funds for research is usually to make a broad appeal for money for “Cancer Research”.  Everyone wants to help battle cancer.  Appealing for funding for “Stage 2 TP53/KRT19-positive hepatocellular carcinoma” research is likely to be less productive than asking for money “to help fight cancer”.  That broad, though essentially meaningless, term evokes a powerful emotional response, and can garner support from people who may not otherwise be interested in the specific disease for which you are seeking funds.

“Gun violence” is, in that sense, the same as “cancer”: a non-specific term that evokes an emotional response, but lacks specific meaning.  It is a grab bag into which armed robberies, suicides, accidental deaths, individual homicides, and mass homicides are lumped.

In an effort to maximize publicity and more effectively manipulate public opinion, those opposed to private gun ownership refer to “gun violence”.  Like “cancer”, “gun violence” doesn’t refer to any specific crime or tragedy, and is nothing more than a catch-phrase.  This isn’t simply a term of convenience, but a calculated deception.  Refusing to identify the specific issue they propose to address gives them the opportunity to prescribe non-specific treatments, which they claim will cure the problem.

Expanded background checks, “no-fly, no-buy”, hopelessly ill-defined categorical gun bans, and “gun free zones” are nothing but anti-gun snake oil. The same useless remedies are trotted out as a cure-all for every suicide and for every violent crime perpetrated by someone armed with a gun, without regard for how vastly different those tragedies actually are.

Just as it would be malpractice to prescribe the same treatment for every patient with any of the diseases we call cancer, regardless of the specific diagnosis and stage of disease or of age or health status, it is just as negligent to pretend that disparate and mostly unrelated problems like mass homicide, suicide, accidental death, gang violence and other forms of murder can all be cured by a non-specific treatment approach.  That negligence is further compounded by the fact that there is no logical basis to expect that any of the oft-suggested remedies will mitigate ANY of those problems, nor is there evidence that they ever do when they are foisted upon us.

Serious problems, like pancreatic adenocarcinoma and mass murder, deserve serious attention and serious efforts to solve them.  Foolish, irresponsible, uninformed legislation that makes for good sound bites is no more appropriate for reducing violence than magnets and aromatherapy are for cancers and other serious diseases.  In both cases, the problems must first be defined as precisely as possible — only then can specific, effective treatment plans be developed.

So the next time you hear opponents of the Second Amendment proposing the same, useless solutions to gun violence, ask them “What is the specific problem you are hoping to mitigate?  Is it suicide?  Gang violence? Accidental death?  Mass homicide?”  Those are all different problems with different causes, and none are helped by generic legislation whose only reliable effect will be to limit law-abiding citizens’ access to firearms.

Only after the specific problem has been defined can a meaningful search for solutions be undertaken.  Then problem solving steps can follow: goals for the intervention can be established, plans put into action, and then the results can be evaluated and the plan modified accordingly.

But this can happen only once a specific diagnosis has been established.  Anyone hawking cure-all solutions for “gun violence” is selling snake oil.