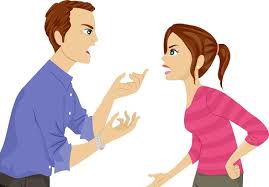 “Poor people own guns. The elite have bodyguards.”  So opines Daniel Greenfield at FrontPage Magazine. Progressive elites imagine that drumming the message of gun control will get out the vote of the traditionally captive constituents of the Democrat Party.  Instead, they might be having precisely the opposite effect.

Feelings about gun-control range widely on both sides.  There are roughly as many Americans with pro-gun sentiments as those with anti-gun sentiments.  The difference is that pro-gun sentiment runs deep in the hearts of gun owners but anti-gun beliefs less so in the minds of non-gun owners.  Plenty of gun owners don’t bother to vote and plenty of non-gun owners don’t vote consistently.  As long as gun control is not on the agenda in an election, gun owners have less motivation to vote or to get their friends and neighbors to.  Fire up the debate on gun control, and the fuse is lit that calls out the militia!

Gun control is just one more plank in the progressive platform, and not the most urgent. Economic issues, civil rights, excessive force by police, public services and more are immediate and compelling progressive issues.  But do calls to repeal the Second Amendment bring out one more Democrat voter or one more gun owning voter?  That can be a losing proposition for the forces of gun control.

What could progressives do to defend their overall agenda, along with doing “something” to lessen deaths and injuries from gunshots?  It’s a tough question, one that progressives need to answer for themselves.  The first step should be to gather objective information.

What, exactly, is “gun violence”?  Who dies?  Who is wounded?  Start with the numbers.  Two-thirds of gun deaths are suicide and one-third are homicides.  (Accidents account for only a couple percent.  Injuries matter but deaths are better measured and the most used guide.)  For any proposed policy, what effect might be expected on these two major losses?

Curiously, the bayonet mount has disappeared from some of the latest proposals. Is it conceivable that legislators have discovered the paucity of “bayoneting” as the declared cause of death?  (None ever by civilians in the United States.)

What would a thorough review of death certificates reveal about loss of life from grenades launched from “assault weapons”?

What is a barrel shroud and why should it be regulated?  When this question was posed to anti-gun Congresswoman Carolyn McCarthy she responded: “I actually don’t know what a barrel shroud is. I think it’s the shoulder thing that goes up.”  That’s not the right answer.

And on it goes: pistol grip, threaded muzzle, flash suppressor. How does each of these cause harm?  Why bother banning guns with these “evil features”?  Is a barrel shroud the hill to die on—possibly jeopardizing other parts of the progressive agenda?

Let’s turn to detachable magazines and the number of cartridges they hold.   Does this bear on lethality?   If the maximum capacity of detachable magazines were reduced nationwide from 30 to just 10, what would be the impact on suicide statistics?  Repeat the exercise with homicides.  The vast majority involve a single victim.  How many gunshots does that take? Then what about mass killings?   Mass shooting perpetrators have accomplished comparable death tolls by changing smaller capacity magazines and using multiple guns.  Then ask, how many rounds does it take to defend oneself against multiple armed attackers?

Requiring “universal background checks” is a goal that comes in and out of fashion. But is this any way to reduce smuggling, straw purchasing, clandestine manufacturing or gun thefts that supply the black market?

Gun registration, enabled by requiring checks for every transfer, is ever popular. Canada’s long gun registration led to spending billions before abandoning it because it solved no crimes.  In Haynes v. United States, the Supreme Court ruled that felons can’t be required to register their guns under the Fifth Amendment.  A registration regime can be effective only to the extent that it stems the transfer of guns from legal owners to prohibited persons. How, again, will that affect smuggling, straw purchasing, clandestine manufacturing or gun theft?  But dealing with these supposes that we are willing to prosecute these offenses aggressively. And neither universal background checks nor universal registration are supported by majorities once their consequences are explained.

Any gun control proposal should pass certain tests.  How would it reduce mortality or morbidity?  Are there easy ways to evade the law?  Would it impact most heavily criminals or law-abiding citizens?  Would the law-abiding accept vigorous enforcement and strong penalties for violation?  Does each proposal tend, on balance, to promote voter turnout by those who are pro- or anti-gun?

But surely something must be done!  What, specifically?  Preferably, something that could realistically reduce death and injury.  Could the taxpayer’s dollar be better spent on some alternative endeavor?  For example, suicide prevention in general?  Crime control interventions?  School security measures?   Gun owners would be allies—skeptical to be sure—in efforts that might really have positive impact.  To make common cause with gun owners, progressives need offer respectful, honest and wide ranging dialogue.

So, what could we talk about?

First, there is plenty of public appetite to enforce the laws forbidding felons from possessing guns.  Can we impose sentences on violators that are stiff enough to discourage adjudicated felons and violent misdemeanants, straw buyers, and those who aid illegal gun possession?  These will disproportionately be members of minority communities, given their disproportionate representation among criminals. Yet, it is precisely these communities that suffer as victims of shootings.  Would trading more minorities in prison for fewer in the morgue be seen as positive for the affected communities?

Second, gun law reform and, more generally, weapons law reform.  Do our laws regarding weapons possession and use apply justly and equitably to all citizens?  If not, are we willing to discuss the points of contention?

Third, background checks.  What, exactly, do we hope to accomplish by them?  Should they be enforced at “point of sale” or at “point of contact” when a police officer encounters a person possessing a gun?  Intrinsic to background checks are the criteria that prohibit an individual from having a gun.  Are these criteria meaningful?  And what are the mechanisms for restoring rights to those who have lost them but have become rehabilitated?

So long as no one from the progressive camp is willing to engage in dialogue, there will be no gun owners to meet with them. The battle will play out at the ballot box and be decided by those who have the deeper commitment to vote. Are Bloomberg, the Brady Campaign and the Joyce Foundation spending their money productively?  We believe not.