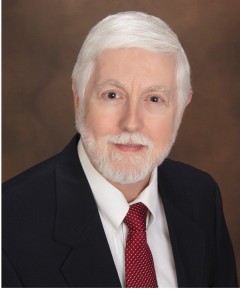 The latest volley, “Firearm-Related Injury and Death in the United States: A Call to Action” in the Annals of Internal Medicine February 24, comes from 8 medical specialty organizations plus the American Bar Association.

In the same edition is another meaningless exercise in pointless ‘research’: “Firearm-Related Hospitalization and Risk for Subsequent Violent Injury, Death, or Crime Perpetration“. What an unexpected conclusion: “Hospitalization for a firearm-related injury is associated with a heightened risk for subsequent violent victimization or crime perpetration.” People at risk remain people at risk, until their risks change.

Is it really valid to address gunshot injury and death as matters for public health intervention? The short answer is that this is a smokescreen. The commission of gunshot injuries and deaths (‘gun violence’) cannot be fairly addressed as a ‘public health issue’, as that phrase has become used in its case. The long answer follows.

Public health efforts seek to prevent disease, prolong life and promote health and well-being, through societal, community and individual choice informed by analysis of population health issues. That’s quite a mouthful. It means addressing problems that can harm people’s health however possible, based on objective research to define causes and solutions. Such findings lead to understanding risks to avoid and behaviors to change, as well as informing relevant laws and regulations.

An early example was the recognition of the benefits of hygienic practices in preventing disease, especially in managing water supplies and waste disposal but also in health care and food storage and preparation. This revolution bloomed in the 19th century and continues still in developing countries. It is responsible for the greatest gains in health and longevity in history. More examples include the discovery and use of vaccination against diseases like smallpox, polio, measles, whooping cough, tetanus, tuberculosis and many others. Diseases that used to be widespread and commonly fatal have virtually disappeared. That polio and smallpox have essentially been eradicated from the Earth is an amazing accomplishment.

This approach has also been taken in fighting illness, injury and death due to smoking, drinking and drug abuse, needle-borne and sexually transmitted infections, vehicular mortality (in some ways), etc. Such losses have been reduced a great deal, mostly by educating people at risk and the population as a whole. So could injuries and deaths from shootings also be understood and reduced with a similar approach?

Possibly, if a fair public health inquiry were undertaken. But it hasn’t been. The notion of examining ‘gun violence as a public health issue’ has been co-opted for four decades by anti-gun activists. These include the National Coalition to Ban Handguns (now the Coalition to Stop Gun Violence), the National Council to Control Handguns (now the Brady Campaign to Prevent Gun Violence), the Violence Policy Center, and those associated with that lobby ever since. Their ‘scientific’ stock in trade is to confound correlation with causation. Their fundamental agendas are to stigmatize gun ownership and restrict it ever further, up to banning gun possession – much as happened in the United Kingdom and Australia. 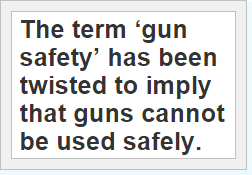 Today the phrase ‘public health perspective’ as applied to gun violence only takes into account the harmful results of gunfire. It ignores the variety of reasons guns are valued. Most significantly, it ignores people using guns defensively at least 760,000 times per year (90% of the time not even needing to fire them) and the disincentive for criminality that promotes. And the term ‘gun safety’ has been twisted to imply that guns cannot be used safely rather than how they can be.

Policy consideration must take into account the benefits of its object, and the marketers of anti-gun rhetoric only trumpet the risks. They can’t engage in true public health analysis, because then they’d have to contend with existing data showing how beneficial gun use is, especially in lives saved and injuries prevented (mostly examined in the criminology literature).

A prime metaphor comes from infectious diseases. Over the last 150 years, much of the progress in combating these has come from identifying the vectors, or carriers, of disease organisms (e.g., bacteria, viruses). The goal is to eliminate the organism entirely (like polio and smallpox) or at least to prevent transmission to uninfected people (e.g., HIV, plague, Ebola). So we try to eliminate the vectors or at least prevent transmission.

Anti-gun ‘public health’ advocates extend this model to guns as if they carry the disease of ‘gun violence’. There is no basis to think that the usual goal of eradication of a causative agent (in their view, guns) or of interfering with transmission of the condition (‘gun violence’) is rational or even possible in this world. It wouldn’t even be constitutional in our country. Using guns isn’t a disease, and people, not weapons, are the agents of harm. Neither do gun banners consider the consequences to women, minorities, the elderly and generally the more vulnerable in society without the equalizing power of guns for self-defense.

No, the good side of gun use is not addressed from the ‘public health perspective’ as that term has become used. If it were, thoroughly and impartially, there would be no questions by now. The presence of guns in our society is far more positive than harmful, even with the shooting tragedies we hear of daily.

The simple truth is that people are responsible for guns’ proper or wrongful use. Comprehending people’s responsibility for ‘gun violence’ requires understanding fallibility (in accidents and negligence), mental illness (for suicides and violent behaviors that stem from disordered thinking and emotions) and criminology (in violent usage that is criminally motivated). The psychology of individuals and groups is as explanatory of these behaviors as we’re going to get.

Education, treatment and penalties are the only ways to prevent some people some of the time from committing violence, of whatever sort-not blaming the tools, not stigmatizing the tool users, and not confiscation. It’s never been possible to fool, or help, all of the people all of the time.

– DRGO editor Robert B. Young, MD is a psychiatrist practicing in Pittsford, NY, an associate clinical professor at the University of Rochester School of Medicine, and a Distinguished Life Fellow of the American Psychiatric Association.