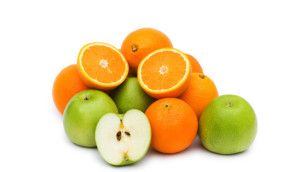 Apple and oranges. (From: citrusjuicemaker.com)

The idea that “gun violence” can be addressed in a similar manner as automobile safety has been proposed many times, and for many years.  President Obama has hammered incessantly on this theme.  In the wake of the San Bernardino terrorist attack Shannon Muchmore and Steven Ross Johnson in a recent article published in Modern Healthcare, attempt to rehash the subject once more.

The annual number of deaths in America from automobile accidents and those related to firearms (not only accidents) are similar, but that’s where the similarity ends.

Those who continue to propose that these two vastly different issues can remotely be addressed in a similar manner do not understand the issues at hand.  Firearm deaths are in no way related to automobile accidents that cause injury and death.  The reason is simple—almost all auto deaths are accidents, but almost all firearm deaths are intentional.

Muchmore and Johnson begin by quoting public health leader Dr. Georges Benjamin who, despite saying the shooting was “deeply personal” for him, states that “Right now we are making emotional decisions… without actually having the research to back up what [we] say“.  I’d like to thank Dr. Benjamin for admitting that the anti-gunners are making baseless, emotional decisions without any evidence to back them.  On the other hand plenty of research by Kleck, Lott and others supports the right to keep and bear arms.

It is sad to see that even former congressman Rep. Jay Dickey doesn’t see the continued potential for abuse if the CDC is allowed to resume its extremely biased research.  Dickey seemed to understand the abuses the CDC was committing on the Second Amendment in the 90’s.   But as a piece in the Huffington Post recently reported  , “Now, he looks at simple advances in highway safety—safety barriers, for example—and wonders what could have been done for guns.” “We could have used that [research] all these years to develop the equivalent of that little small fence.” Dickey said.  What would that be, I wonder?  Maybe a little sign that says “no weapons allowed”?  We’ve all seen how well those signs work at stopping violent criminals with a gun in Colorado, Oregon, San Bernardino, Fort Hood and every other mass public shooting in the past 30 years.  No thanks, Mr. Dickey. 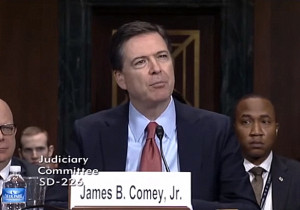 It’s not surprising to see the ignorance of the subject that abounds in the politics of the left.  For example, FBI director James Comey doesn’t even know what the laws are regarding internet sales of firearms. At the US Senate Judiciary Committee FBI oversight hearing, Director Comey was asked where a gun is shipped when purchased online.  Director Comey replied:

“I assume it is shipped to you [the buyer] but I don’t know for sure actually”.

Recent research done by the CDC on the increasing violence in Wilmington, Delaware (a state with one of the lowest numbers of concealed carry licensees, ironically) was mentioned, but then cast aside by Muchmore and Johnson.  They offered the weak complaint that the CDC did not look at “how the shooters got their guns”.  So they first complain that the CDC “can’t do any research”, but then when they actually do some research, the authors whine that it was the wrong kind.  This just shows that the bias runs deeper than the CDC itself. Gun prohibition activists on the outside who want the CDC to do more “research” in fact only want it to do gun control advocacy.  It is obvious that allowing the CDC to do research will never be unbiased, as all true research should be.

The authors quickly veer into the research of long-time anti-gun advocate David Hemenway, director of the Harvard Injury Control Research Center, who asserts “a public health approach is powerful because it focuses on system change.”  Once again they avoid blaming the person who used a gun in a criminal manner and instead blame the system.  The same system, that is, that too often keeps good citizens from exercising their God-given right to self defense.   It is the same system that repeatedly allows violent offenders back on the street day after day, to commit crime after crime.

But for whom is that firearm going to be safer? Will it be safer for the criminal who breaks into my house, or tries to mug my wife or daughter?  I don’t want my firearm safer for him; I want it to be effective in stopping the threat!  My firearm is perfectly safe for me, and the people around me, on my hip day in and day out, as I’m sure it is for millions of other responsibly armed Americans.  And that, obviously, is the way it should be—safe for my family and me, but a real danger for a violent criminal who would threaten us.

You simply cannot compare the privilege of driving with the right to have a gun for self defense, or the illegal use of a gun to harm the innocent with its legal use to protect the innocent.

Nor is it honest to compare, as public health gun prohibitionists do, deliberate killings with a gun with fatal automobile accidents.  Author and civil rights lawyer Mitch Vilos wrote in a recent Facebook post  “Patriotic citizens need to be alerted to the dishonesty coming their way when they see the phrases ‘gun violence’ and ‘gun death rate’.”

Let’s finally bring some honesty to the gun debate and stop allowing the anti-gunners to compare apples to oranges in an effort to deceive the American people.