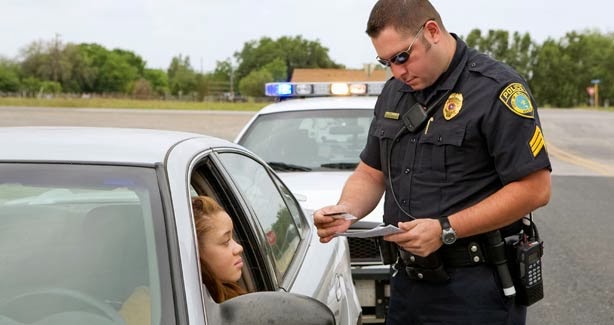 B. L. Brown is a police officer who wrote Rules of Engagement about trying to understand and improve police-citizen interactions. The book has several notable successes and some shortfalls. There are several references to Georgia law, reflecting the author’s base, but she is careful to point out that other states may employ different terms, and in fact may have different legislation.

The introduction explains that this will be a conversational text. She then begins with a very useful glossary, and proceeds to walk us through the law about how crimes are defined and how uniform crime reports are used.

This is a very useful section and though it seems dry initially, there is a great deal of pertinent information. I particularly appreciated the distinction she makes between the study of criminal justice (that is, the theory of criminal law) versus the application of that body of law.

Law enforcement professionals primarily study the application of laws rather than the theories. However, it is important to note that modern police academies devote extensive time to teaching both national constitutional law, and the modifications that have been made by state legislatures and courts. Many individuals do not appreciate that states may make laws more restrictive in some ways, but they cannot reduce the protections afforded by the United States Constitution. They may also add additional protections.

The author continues with a nicely nuanced discussion of resource allocation. This includes a very useful discussion of political influence, and how that affects allocation decisions made by law-enforcement professionals. She notes that there are jurisdictions in which law enforcement is used as a revenue generator. She provides examples from her own experience. Readers may find these remindful of their own communities. My belief is that we should reconsider the use of community political influence in such situations.

The author proceeds to something that I consider extremely important. She discusses the physical, emotional, and intellectual challenges of being in law-enforcement. The one thing I find missing is a concept that is often overlooked. We talk about police-citizen interactions, but what we forget is that police officers are also citizens. Police officers have the same responsibilities as every other citizen, and additional responsibilities that are imposed by their profession.

We then encounter the subject which one would expect the text to emphasize based on its title. And the author does. This is the gold of the book.

There are extraordinarily concise, well-explained recommendations for both officers and citizens involved in one of the three general types of interactions. From this point on, the reader is taken through a variety of interaction scenarios, why they occur, and the responses that help keep these interactions safe for both parties. Her discussion gives an overview of police training, and goes into detail about search and seizure. There is an excellent section devoted to traffic stops. I consider this part “must” reading, because it is the most common way that people generally interact with police. (Criminals’ interactions with police are also frequent but tend to be less cordial.)

The author examines other situations, too. There are brief but useful discussions of police perspectives on domestic violence calls, dealing with children, and cross-cultural issues. The closing discussion is about trying to achieve change that is helpful for all concerned, a goal the author hopes her book contributes to.

There are some occasional syntactic errors, but they are few. Do not let them detract from your education and enjoyment of Rules of Engagement. This is not a book directed at the public schools, but there are portions that I believe should be part of every high school curriculum.

Get this book. It will help adults, and provide guidance for children. Five stars for usefulness!