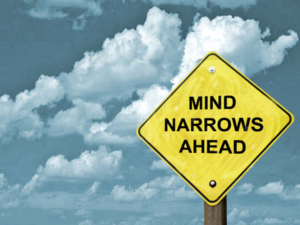 What do a couple of well-educated investment professionals have to say about gun control?  A lot, if you’re Evan DeFilippis and Devin Hughes.  How authoritative are they?  Let’s say that’s a matter of opinion.  Highly, in theirs and in that of The Trace, which published their latest effort, What Caused the Two-Decade Dip in Crime Rates?  Not ‘Good Guys with Guns’.  This is a scattershot opinion piece chock full of statistics and analysis to justify the usual anti-gun beliefs.

They’re right about one thing— the fact that the United States has experienced a long, steady decline in violence for decades, even while the number of guns among us has increased dramatically.  As a jumping off point that’s fine, but they need better aim to nail the landing.

At a glance, several huge fallacies stand out:

First, consider David Fortunato’s study that reports no correlation between people’s perceptions of the extent of concealed carry and their states’ laws and numbers of permits.  State laws and numbers of permits are actually irrelevant.  Perhaps the freer concealed carry is made, the more likely the culture will reflect the greater presence of firearms in public.  But the more firearms are perceived, accurately or not, to be around the better for potential criminal deterrence.

Fortunato criticizes Gary Kleck’s work suggesting up to 2.5 million incidents of armed defense yearly, while ignoring other work (something toward 400,000 being a well-grounded conservative estimate).  Either way, there are simply lots more incidents of self-defense with firearms (mostly unreported) than are ever credited.  So concluding that concealed carry permitting only increases the risk of accidents and “deadly escalation” of violence ignores this fact entirely.

The central conceit of DeFilippis’ and Hughes’ discussion is that they can disprove the notion of More Guns, Less Crime (from John Lott’s book title).  They, like other anti-gun writers, treat Dr. Lott’s work like hot coals, casting aspersions but never grappling directly with his scrupulous methodology.  They religiously avoid direct debate with him, and seldom re-address his own willing re-evaluations of his work based on every criticism.  (They don’t risk doing that with their own work, either.)

Yet because of the conjunction for years of increasing gun ownership with decreasing violence, they can’t demonstrate, as they’d like, that more guns equals more crime.  That is a consistent, inescapable fact in this debate.   Even they acknowledge finding “no evidence that increasing the number of permit holders decreases or increases [my italics] ) crime.”

Interestingly, they point out that, at least in Illinois, “the areas with the most per capita permits are already low crime areas” and that “permits are concentrated in white, rural areas with low levels of crime”.  (Urban dwellers, especially minorities, are now seeking greater numbers of permits.)  They extrapolate this single-state finding to all of us, and believe it means there can’t be much deterrence because there aren’t so many criminals there anyway.

Fortunato, above, did not survey criminals.  Yet only their perceptions matter in deterring their crimes.  And criminals fear facing armed victims.  When they’ve been asked, they say that one of their chief concerns is to avoid confrontations with victims, especially armed ones.

Many of these inconsistencies may seem pretty subtle.  But a common problem with anti-gun ‘studies’ is that they reach superficially reasonable conclusions that rest on subtly distorted logic.

How much should we care if we’re murdered with a baseball bat, a knife, bare hands or a gun?  That’s the problem with focusing on ‘gun violence’.  Guns, like other tools that can be used as weapons, are bisexual; they can go both ways.

Ultimately, those realities come down to this:

The right to keep and bear firearms provides the surest individual means to exercise the natural human right of self-defense.  Each person’s judgment and skill with guns are what matter, not what happens to a thousand others on average.