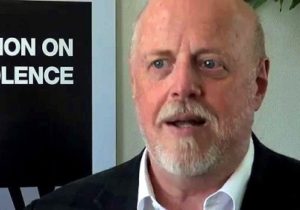 You don’t have to be a trained statistician or criminologist to get published in the Journal of the American Medical Association (JAMA) if you’re on message about guns, judging from this new anti-gun advocacy article.

The editors at one of America’s leading medical journals have been clear for years on what they want readers to think about guns—private ownership of firearms should be banned.

JAMA’s editors have dived so deep into gun control politics that MedPage Today, a Washington, DC mainstream media outlet for doctors has revealed unpleasant facts about the JAMA study that only amplify existing doubts about JAMA’s reputation as a reliable source of objective science (MedPage Today quoted me extensively in their report on the JAMA paper).

The JAMA article itself explores whether Australia’s 1996 National Firearms Agreement caused a decrease in mass shootings and in firearm homicides and suicides.  The authors judge the answer to be a qualified “yes”, with a stunning admission—although firearm deaths in all those categories did decline after the law was passed, “it is not possible to determine whether the change in firearm deaths can be attributed to the gun law reforms.”

But even more noteworthy than the authors’ anticlimactic conclusion are the jaw-dropping revelations in the article’s conflict of interest disclosures.  Lead author Dr. Simon Chapman admits his past membership in the Coalition for Gun Control, an Australian gun control group.  The second author Mr. Philip Alpers (no academic degree listed because he has none) is the founding director of yet another gun control advocacy group, GunPolicy.org.  This group is billed as “a global project of the Sydney School of Public Health” at which Alpers holds a position called “Adjunct Associate Professor.”

How did Alpers, with no formal training in criminology, sociology, or anything else remotely related to firearm research and indeed, no university degree (confirmed by Mr. Alpers himself via email) get to be anything more than a janitor at the Sydney School of Public Health?  It turns out that his international gun control activist credentials were too cool not to give this high school grad the title of professor.

Alpers is listed in his University of Sydney biography as a representative to the United Nations Programme of Action, a long-term campaign against private gun ownership around the globe.  His publications include this opinion piece from the Australian journal The Conversation (you know, as in “we need to have a conversation about gun violence”).  His message? Most gun deaths are caused by lawful gun owners, so the next step naturally is to go after them with universal registration, licensing, etc.

To understand just how far off the rails the editors of JAMA have gone, consider how their heads would spin around if this article’s authors were not gun grabbers, but grandees of the gun rights movement.  National Rifle Association executive vice president Wayne LaPierre, for example, can be considered a reigning expert on firearm policy.  The Second Amendment Foundation’s Alan Gottlieb has international experience with firearm policy, including sponsoring the International Association for the Protection of Civilian Arms Rights (IAPCAR), representing “31 groups from 21 countries on 6 continents representing tens of millions of firearm owners concerned about civilian arms rights.”

Both of these prominent leaders with decades of international experience in gun policy are, unlike Mr. Alpers, college graduates. They possess degrees in government (LaPierre) and nuclear engineering (Gottlieb).  Both would easily surpass whatever standards JAMA editors set for authors like Alpers, right?  Except for one little problem.  Gottlieb and LaPierre are, by JAMA’s lights, on the wrong side of the gun policy debate.  Any scholarly article submitted to JAMA headed by one of those names wouldn’t make it past an editorial assistant’s delete button.

You would think JAMA editors had learned their lesson about hijacking a science journal to promote politics in 1999.  That was the year JAMA editor George Lundberg, MD ran an article immediately before President Bill Clinton’s impeachment trial involving sexual misconduct, claiming that college students didn’t consider oral sex to be “real sex.”

Lundberg was fired for having, in the words of AMA chief Dr. E. Ratcliffe Anderson, Jr., “threatened the historic tradition and integrity of the Journal of the American Medical Association by inappropriately and inexcusably interjecting JAMA into a major political debate that has nothing to do with science or medicine.”

But liberal do-gooding runs deep in the medical establishment.  Its leaders intend to push for civilian disarmament even if it destroys what’s left of their “historic tradition and integrity.”