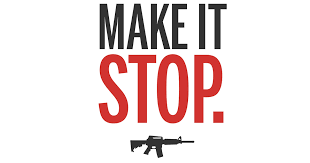 This is becoming a tattered drum for the medical hoplophobes to bang, and Dr. Young has adroitly dismantled the argument for treating guns as a public health issue before. Yet it always seems necessary to repeat the exercise. This time, though, I will focus on how Dr. Ende trips over his own rhetoric in an effort to capitalize on a tragedy to advance his irrational agenda.

As do all members of the medical movement to abolish fundamental human rights, the author of the article, Jeff Bendix, sets up the ball for Ende with the trite assertion:

“a public health epidemic that is growing in frequency and lethality and . . . is taking a toll on our patients.”

Oh, the inanity! An epidemic is the occurrence of something at rates higher than expected. Outside of gun prohibitionists’ alternative reality, the rate of gun violence in the US is 1) on the decline, and 2) lower than in most other countries.

Also, recent data shows a decline in gun violence as well as fewer school shootings so the statement that these events are “growing in frequency” is patently false—but serves as fire for unfounded, breathless hysterics.

Ende, in answering the next question, pivots to offering this sugar-coated, jagged pill of a platitude:

“The College is not opposed to owning guns. Our policy really is focused on firearm violence. There is within the Second Amendment still so much that can be done to limit the amount of guns, particularly these guns that are more suitable for war than for recreation.”

Is this ignorance or double speak?

The Second Amendment is about war. It’s about civilians maintaining military parity with their government.

The Second Amendment protects our right to own “weapons of war”, weapons that kill. We have such weapons for the same reason we have stoves that get hot and cars that go fast. If stoves did not get hot, we could not cook our food. If cars did not go fast, we could not get to work, school or the hospital on time. And if firearms were not deadly, a people could not effectively oppose tyrants. The purpose of civilian ownership of firearms is the protection of liberty through resisting and ultimately defeating tyrants. This is an uncomfortable thought for people who grew up in peace, security and prosperity. Yet those who would argue that semiautomatic weapons cannot counter a superior military force are advised to check the current US casualty count in Afghanistan or Iraq.

Ende then offers this gem of pretzel logic:

The models of risk factors and pathophysiology of infectious disease have nothing to do with guns, how they function, the capacity of their magazines or that people own them. Guns are neither an infectious agent nor a causative factor in criminal violence.

Anyone who cannot see that those risk factors and pathophysiology lie elsewhere does not possess the critical and analytical skills necessary to have earned a doctorate.

But not all MDs are so obtuse. Ende mentions this without understanding it:

“When we came out with our 2015 joint position paper, there was a bit of pushback because so many of our members own and enjoy having guns as part of their hobbies.“

Oh, really??? . . . . Might it have something with those “follow-up questions” and “recommendations” and “guidance” medical hoplophobes have for patients who say they own guns? None of those questions and recommendations respects the right of patients to keep and bear arms. They are intended to propagandize them against their free exercise of that right.

“But as members looked into this further, they came to realize we were not speaking out against guns, but rather firearm violence” 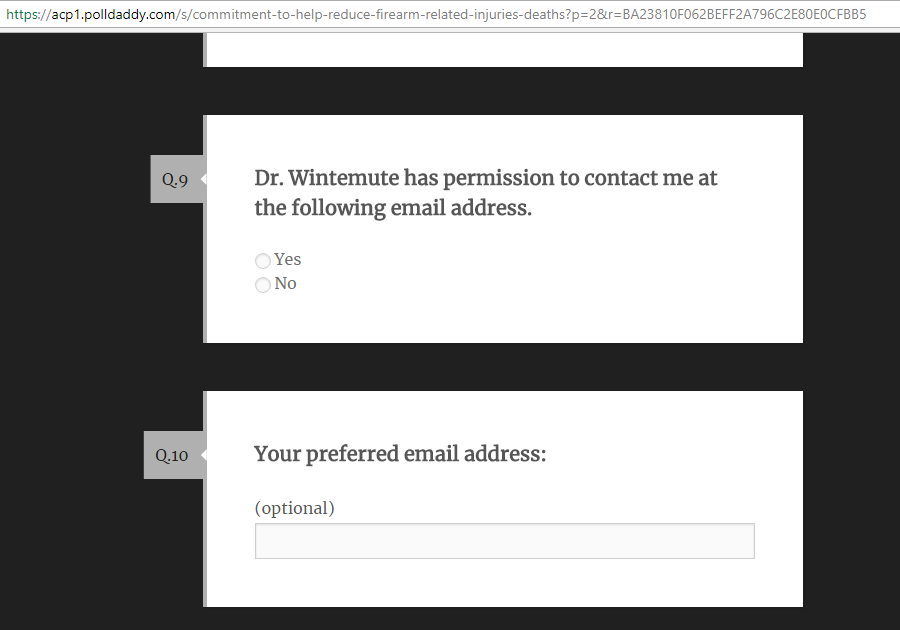 Is it that why the Annals of Internal Medicine “pledge to protect patients from firearm injury” is a recruitment form specifically for Garen Wintemute’s activism?

The same Garen Wintemute who brags about putting Southern California’s handgun manufacturers out of business (back-up copy here), creating more, not fewer, victims in the process?

Inherent to the use of tobacco is direct harm to the user as a result of the use. Nothing of the sort exists for firearms.

“Likewise, there’s a real role for the government to play . . .”

Um . . . . NO. The Second Amendment insulates the individual from this. You cannot say “much can be done within the Second Amendment” and then propose the very thing that is antithetical to the purpose of it. (Not to mention that it was a series of monumental failures by all levels of governmental agencies that led to the tragedy in Parkland.)

Ende is not realistic about how to reduce deaths. He does not want address the root causes of violence. But he does want to control. He thinks he can engineer a perfect world.