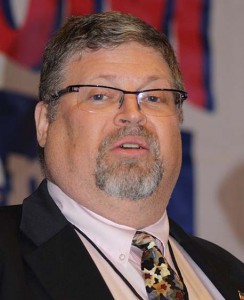 “It was the best of times, it was the worst of times, it was the age of wisdom, it was the age of foolishness…“. Instead of Dickens’s “A Tale of Two Cities”, let’s talk about two commonwealths: Pennsylvania and Massachusetts. Pennsylvania’s Concealed Carry Weapon (CCW) law is the “shall issue” type and Massachusetts’s License to Carry (LTC) is “may issue”. This means that if you are not legally prohibited from owning a firearm, the authorities must by law issue the LTC. “May issue” means that there is no specific requirement to issue an LTC. In fact, they can deny a license for any or no reason and can place restriction on the licenses they do grant. I lived in Massachusetts for two years during my fellowship. I had a license that would only allow me to carry outside of my house when I was going to the range to practice. In both commonwealths, “no guns allowed” signs do not carry the weight of law unless they are posted in places where firearms are prohibited under statute. There is no statute requiring hospitals to post the signs.

On July 24, 2014, a violent, mentally ill criminal walked past the “no guns allowed” signs at the Mercy Fitzgerald Hospital in Delaware County, Pennsylvania. He proceeded to murder his case worker, Theresa Hunt, and then turned his gun on Dr. Lee Silverman. Although wounded, Dr. Silverman was able to return fire and stop the attack. This allowed the criminal to be restrained and disarmed and saved many more people from being killed or wounded.

On January 20, 2015, a man who was out for revenge, sought out Dr. Michael Davidson at Brigham and Women’s Hospital in Boston, MA. Apparently, the man felt that Dr. Davidson was responsible for his mother’s death a month earlier. He confronted Dr. Davidson and shot him with a .40 caliber handgun. Despite the heroic efforts of the trauma team, Dr. Davidson succumbed to his injuries early the next morning. His murderer was found dead of a self-inflicted gunshot wound soon after the attack. He also walked by the “no guns allowed” signs.

Most hospitals in the United States are so-called gun free zones. Some are mandated as such by state law (Texas, for example), but most are by policy of the hospital administration. We know that gun free zones are not a deterrent to violence. At the 2014 Gun Rights Policy Conference, nationally recognized firearms and self-defense authority Massad Ayoob stated that “Gun free zones have become hunting preserves for psychopathic murders”. Hospitals are not protected by gun free zone signs. According to the latest National Crime Victimization Survey by the Bureau of Justice Statistics (2011), 10 percent of workplace violence incidents were directed at health care workers. This translates to 6.5 in 1,000 health care professionals being the victims of violent crime at their place of work. Shootings accounted for 80 percent of the homicides.

As doctors, we have the responsibility to our patients and colleagues to be leaders when it comes to the safety of our hospitals. How many more physicians have to die, and how many of our co-workers will be victimized before hospital administrations face the fact that gun free zones have the opposite effect of what was originally intended? We must put pressure on hospital administrators to change their policies, and we must urge policy makers not to restrict the good guys from having access to lifesaving tools.

Those who are determined to do evil will not be deterred by signs or laws. Only the law abiding citizen is deterred by signs. The noble exceptions are those who take the risk to arm themselves—heroes like Dr. Silverman. We should not have to run afoul of the law or hospital policy to be able to defend ourselves in our workplaces.

If I had a choice between the fates of Dr. Silverman or Dr. Davidson, I would pick Dr. Silverman’s. Shouldn’t we all have that choice?