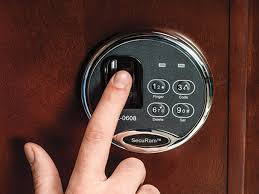 At the Johns Hopkins Bloomberg School of Public Health, the monotheism of gun control advocacy has taken root so deeply that their faculty, no doubt an extremely intelligent group, seems blinded to its pervasiveness.

Consider this recent story about one of their younger colleagues. In it, they tout the bona fides of Dr. Cassandra Crifasi, an assistant professor who also owns firearms. In describing her gun ownership, Dr. Daniel Webster, the director of the Bloomberg School’s Center for Gun Policy and Research, said that “. . . in his 25 years working in the field, he can’t think of another researcher who brings Crifasi’s dual perspective.”

They must suppose this validates their research. Not only does it reveal that essentially no one in public health academia examines this issue from the perspective of a gun owner, but also a rather startling hubris, since many people who research firearms and public policy are gun owners. This includes criminologists, economists, and physicians, to name a few—several DRGO members have been heavily involved for decades. DRGO’s founder, Dr. Timothy Wheeler, testified before Congress prior to passage of the Dickey Amendment.

Another example of that same myopia was displayed in a recent American Journal of Public Health article from Crifasi, et al: “Storage Practices of U.S. Gun Owners in 2016”, discussed here. (The full article lies behind a paywall.) It describes their results from a recent internet survey that was intended to examine firearms storage practices of US gun owners.

I’m a strong proponent of safely storing firearms, as of all potentially hazardous materials. I am saddened by reports of children being injured as a result of unauthorized firearm access, as well as by unauthorized access to other hazards—about 8 times more young children die of accidental poisoning each year than from accidental shootings. I’m opposed to legislative mandates, and it makes even less sense to have laws regarding firearm storage when anti-freeze, anti-depressants and swimming pools pose statistically greater hazards to children.

The survey listed just a few storage options from which to choose, inquired how consistently those practices were followed, and gathered demographic information about respondents’ households. The storage choices boiled down to whether guns were locked up, holstered, stored unlocked, or “disassembled”—though what was meant by “disassembled” wasn’t clarified. If you are someone who has a gun in the house, your best interest is the safety of your and your family. This is why the use of storage solutions like a ottoman gun safe
is something worth looking into, just so you have quick access if you ever feel like you need to use it for protection. They also included questions about what influenced self storage and storage decisions. Storage can be an issue in many homes, simply because they don’t have enough space in their home. These people might want to have a declutter of their home and put anything they don’t need to keep in the home in keepsafe storage for the time being.

In examining their survey and analysis, there are a few points with which I take issue. For example, holstered firearms were excluded from the “safe storage” category which, in my opinion, is a ridiculous assertion. Firearms are never safer than when under the direct control of the owner, and are never more readily accessible in case of danger.

They also excluded “disassembled” firearms—4% of responses—from their “safe storage” category. The article doesn’t explain this phrase further, and it’s confusing. Disassembled firearms can’t be fired by someone who isn’t trained in their operation and maintenance. I’d have assumed these responses indicated safe firearms.

In addition, they defined “children in the home” as people up through age 17. That’s at least 5 years older than many of our children who have been raised to be knowledgeable and safe around guns.

Finally, they excluded firearms stored in vehicles from the “safe” category. While there are aftermarket devices which can make access extremely difficult, without specifying that, I think this is reasonable. But I wonder if the authors recognize their inherent hypocrisy; Dr. Webster at least has been a vocal opponent of “Campus Carry”. Here again, a lack of understanding of the realities of gun ownership creates a problem.

Concealed carriers—and open carriers, for that matter—are obligated to leave their firearms in their automobiles when arriving at a child’s school, post office, or other “Gun Free Zone”. I wonder how Dr. Webster reconciles his simultaneous insistence that gun owners leave their firearms in their automobiles in school parking lots with his recognition of the fact that this constitutes unsafe storage—on school grounds?!

These shortcomings notwithstanding, the authors report that their survey indicated that 54% of American gun owners fail to meet what the authors define as safe firearms storage practices—though that would fall to under 40% if holstered firearms, aka “home carry”, was included in that category. And even their definition of safe storage is met by 55% of households with “children” under 18, where it really counts, so including holstered and disassembled firearms among the safely stored number drops the number of such “unsafe” households to just 33%. That number still seems too high to me, but whether it’s a fourth, a third, or half of gun owners doesn’t really matter. It’s still a significant proportion.

I was pleasantly surprised by several conclusions to which the survey results led the authors. They found that the National Rifle Association is seen by firearms owners as one of the most credible sources for education regarding safe storage practices, while physicians and celebrities scored poorly in that regard.

They also noted that most firearm safety instructors are certified by the NRA, and that the NRA has a long history of focusing on safe gun handling and storage. That said, they failed to mention the Eddie Eagle Gun Safe Program, despite the fact that their paper is heavily weighted toward the idea of safe storage as it relates to youth safety. Preventing child access and accidental injury or suicide are the primary reasons they cited for their interest in the topic, after all.

In summary, their conclusion is that about half of American gun owners do not adhere to safe storage practices, underlining that unauthorized firearm access may present a serious danger to children. They reference data indicating that up to 40% of American households contain firearms (although the latest survey puts it at 47%, which is probably an underestimate).

But here is a line of thinking that apparently doesn’t occur to them:

The most obvious and logical policy conclusion would be to mandate firearm safety education for all children as part of their school curriculum. That would provide children with training that could save lives and prevent injuries anytime, anywhere, and might positively influence them later in life if they own firearms.

These researchers know that the NRA is trusted by gun owners as a reliable source for firearm safety education. The NRA’s Eddie Eagle firearm safety program is tailored to school age children, and has been used in thousands of schools across the United States. It could easily be incorporated into all schools’ standard curricula.

At DRGO we have made it clear that we do not believe firearms are a public health matter. However, in this one regard—firearm safety for children—there is room for some agreement with the public health community.

The article’s authors do suggest that “[e]ngaging with the NRA to emphasize the importance of safe storage during training courses could improve storage practices among gun owners” yet, inexplicably, they fail to suggest promoting school based firearm safety training for children, which is readily available from that same organization, and would inoculate them against the unavoidable risk of encountering unsecured firearms.

Universal “safe storage”, however defined, is a laudable goal that is clearly unachievable. Teaching kids about the power and danger of firearms, and how to behave safely around them, is attainable if we care to.

—Tom Vaughan, MD is a neuroradiologist in private practice in Louisville, KY. He is a shooting enthusiast who believes in individual liberty and personal responsibility.