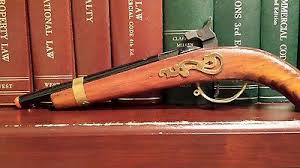 1) The Second Amendment to the Constitution of the United States says what it means and means what it says.
2) There shall be no restrictions on the possession and carrying of firearms anywhere in any jurisdiction in these United States.
3) The use or possession of any firearm in the performance of a violent crime, in violation of any violent crime law in any jurisdiction shall be grounds for lifetime incarceration of the perpetrator in a federal penitentiary.

This is consistent with the other amendments to the Constitution of the United States. There is no prohibition against speech, rather we prohibit the misuse of speech. There is no justification to infringe on the normal use of firearms anywhere, but we should certainly prohibit criminal misuse of firearms.

The right to self-defense is a natural right, inherent in every sentient being. Society has developed tools that have made self-defense available to individuals regardless of their physical stature, medical condition or financial status. It is incumbent upon society to recognize that natural right, and to be prepared to act as violently as necessary against those who commit violent crimes. A violent crime is not an assault against an individual, but it is an attack on society.

Everything in the first ten Constitutional amendments—the Bill of Rights—and specifically the Second Amendment is intended to protect the rights of honest citizens and the several states.  I am very specific when I referred to citizens, and I do not include either visitors to this country, nor people who are here illegally. That is consistent with all common and legal definitions of citizenship.

It is time to realize that those who wish to restrict honest ownership and use of firearms, knives, golf clubs, or any other legal instrument or implement, show either a lack of understanding or a malicious desire to control others apart from our established legal contract. No law has ever consistently prevented violent crimes. Perpetrators of crime, particularly violent crime, violate multiple laws regardless of the implement that they use. The recent criminal and terrorist use vehicles, fire, barricades and masks emphasizes that it is not the implement at issue, but the intent.

There is no rational reason for background checks, purchase limits, or any other restriction or infringement. The assailant of then Congresswoman Gabby Giffords, the Washington Navy yard terrorist and the Fort Hood Islamic traitor all passed background checks and also, in the latter two cases, security checks. The San Bernardino terrorists ignored the laws. Disrespect for such laws is characteristic of criminals and terrorists. The laws did nothing to prevent violent crime.

Legislators who attempt or implement infringement violate the Constitution of the United States and the oath they took to support and defend that Constitution. They are also criminals.