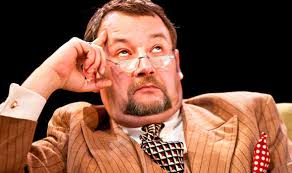 Like all of you who read this, I’ve been watching the disturbing news of the Parkland, Florida school attack and trying to process the horror of it all. I’ve listened and tried to be understanding, but now I’m angry.

It’s not just the attack itself that’s disturbing, but the dysfunctional reaction coming from so many people and the way so many special interest groups are trying to spin the disaster to promote their own agenda. The news media are the most nauseating, I think. Their choreographed town hall meetings are ugly political theater, exploiting the raw emotions of traumatized people to raise their ratings and score political points. But they are the media, after all, and we expect that of them.

One thing that’s different this time is the utter and undeniable failure of law enforcement at both the local and federal levels to provide the protection they claim to offer us. The FBI ignored tips, the county sheriff’s department missed many chances to intervene and to top it all off, the armed school resource officer waited outside the building while the people he was supposed to protect were killed.

I’m most disappointed in the American people themselves. I’ve never seen so much whining and outrage from people who claim they have a “right to feel safe.” Only privileged and spoiled Americans would claim such a right and demand protection from a government that it isn’t capable of providing it. The government can’t save inner city black youths from a much greater toll of violence, so why and how will they assure the safety of relatively wealthy, mostly white, suburbanites?

People can’t even agree on how they want to be protected. Some demand more gun control laws, when the ones we have can’t be fully enforced and are of debatable value at best. Some demand that multiple police officers be provided for every school, although police departments are universally understaffed and underfunded. Apparently, many people think that just because they exist, that they and their loved ones are entitled to full time police protection.

While trying to process this outpouring of self-centered angst, I recalled a book I first read seventeen years ago. It’s called Nation of Cowards, and it contained a number of points that are highly relevant today. One point is that it’s immoral to expect police officers to put their lives on the line to protect us when we won’t take responsibility for protecting themselves. Doing so asserts that your life is more valuable than that of an officer.

Another point is that each of us has a duty to resist criminal assault with appropriate force. Failure to stop a criminal when you are face to face simply allows him to move on to the next victim. If you don’t stop him, you have not only failed yourself, you have failed the people around you. Yes, for all practical purposes, that means using a lethal weapon.

It’s pretty obvious we can’t expect students under 21 to carry weapons, but what about the school staff? Why is that such an unthinkable idea?

I think my greatest anger goes out to the teacher’s unions for their absolute assertion that teachers should never be allowed to defend themselves and their students. If I were a teacher, I’d consider that an outrageous insult. The unions are, in effect, saying that teachers aren’t as smart as cops and they aren’t brave enough to confront a lunatic intent on killing them. They also seem to think that cops are superhuman beings who will always ride to the rescue when needed. We saw how well that worked out in Parkland.

Lest you think that I’ve lost touch with reality, I freely admit that most teachers and other school staff have probably been so indoctrinated with the doctrine of helplessness that they really don’t believe they could stop a school attack themselves. They may not believe they could keep a weapon secure. They may feel they lack the courage, in spite of the fact that several teachers have died while charging mass murderers with nothing more than bare hands. They may even believe that their students would be traumatized by the idea that their teacher loves them so much that she or he is willing to engage a killer to protect them.

Many teachers have been taught to view guns as filthy toys of deplorable barbarians and would not soil their hands by picking one up. But not all. I’ve met a few teachers and staff who would be more than willing to take the training and shoulder the responsibility of being a school defender. I think they’d be very good at it, but in most school districts they must stay in the closet, because their thoughts are not politically correct and powerful forces are working to suppress them.

Fortunately a number of states do allow school employees to be armed and this common sense strategy is spreading.  There have been no massacres at schools protected by armed staff.  Eventually, the message will get through to everyone, but we can expect the mainstream media and their political allies to fight it to the bitter end.