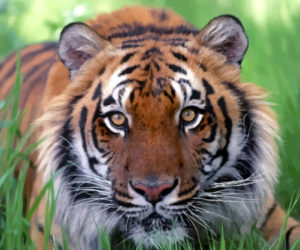 Many years ago, as a starving graduate student in New York City, I would regularly visit the Bronx Zoo. What a great Zoo it was! Back in Uni, we were regularly tasked by our professor to create video-graphic content and then, to share it online with our followers which allowed us to create comprehensive feedback. As a kid, I had one issue. I wasn’t into social media so I had to get free instagram followers so I could get the feedback needed to pass the course. But of course, the zoo held many attractions for me. The biggest one was that admission was free. Yes, as fanciful as it sounds, in the distant past, there really were places in the Big Apple that charged nothing to get in. For this reason, on almost every
Saturday, I took my young family out to see the animals. We bought a bag of peanuts for ten cents and split the contents with our primate cousins as we walked along.

Of all the animals in the zoo, I’ve always found the snakes and big cats the most fascinating. I used to catch non-poisonous snakes as a boy while attending summer camp. I enjoyed playing with them and came to understand their ecological usefulness. I’d give rattlesnakes a wide berth, of course, and came to recognize their fair warning. Spend any time with snakes and you’ll come to appreciate why our mythos characterizes them as being stealthy, deceptive and treacherous but wise.

The big cats always give me the feeling of haughty dominance. There’s something about them that does not admit to either fright or submissiveness. The steady gaze of the Bengal tiger conveys the thought that “but for the bars between us, you’d be lunch.” Who were the men who first faced this formidable animal with only sharpened sticks?
Who stood their ground, torch in hand, when the tiger charged and the red deer panicked? How did our ancestors ever manage to control an animal of this size and might?

Then one day, when walking between the serpentarium and the big cat enclosures, a large white sign with black lettering caught my eye. It said: “The most Dangerous Animal in the World!” Even from fifty yards away I could see that the black iron bars in front were thicker that even those of the Lion cage. With my wife by my side and my
four year old son perched on my shoulders, we approached the designated cage cautiously. Finally, we reached the front of the cage and took a peek inside.

Staring back at us we saw . . . Ourselves! Behind the massive bars there was nothing but a mirror. While watching our own smiling, slightly astonished faces, we read a paragraph that explained the exhibit. We were, it said, members of a species that had been responsible for the deaths of more living things than any other life form that has
ever existed. The message of the sign was clear enough. To paraphrase John Donne (“For Whom the Bell Tolls”): Ask not who are the greatest killers in the world. The greatest killers are all of you.

“Wait a moment”, objected my inner voice. Let’s not forget that the human race has also given rise to saints, to healers, and to the very concept of a moral order. In fact, most human societies live according to the law where Might does not automatically make Right. Nevertheless, in mankind’s long struggle against the alpha predators of the
animal world, might we also share some of their traits? Are there not some men as fearsome as tigers, as cunning as serpents, and who embody the savagery of a wolf pack on the hunt? I believe that these capacities, latent in all of us, are held in check by the conventions of civilization. When contravened by the criminal, the dictator, the terrorist
or the mentally deranged, the traits of the predatory beast are free to emerge. A human then does become “The Most Dangerous Animal in the World”.

Once we recognize that the sign at the Bronx Zoo was basically correct, the logic for law abiding people (most of us) to possess a weapon is inescapable. For it’s the trained and responsible citizen who holds the pointed stick and the torch of fire in our own day. When the government bans guns, the incidence of human on human predation predictably goes up. Nowhere has this been more apparent than in a famous midwestern metropolis where the murder rate exceeds that of Kabul, the war torn capital of Afghanistan.

Our ancestors sacrificed mightily to survive the wilderness and build civilization. They had to be capable of self-defense at all times. Without the right to possess arms ordinary men would not be able to sleep soundly. In such a world, zoos would no longer be necessary. All of us would be creatures in a jungle again.