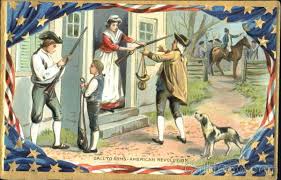 In my talk at the Gun Rights Policy Conference in Florida last fall, I stated that “The medical establishment has taken up arms against our right to bear arms [and] . . . It takes other physicians to speak out against them”. At that time many of us were hoping for a President Trump but were afraid that it would not happen.

Now that we have him, we hope that many things will change. But President Trump cannot change the leftist views that much of the medical establishment leadership holds concerning our civil rights, and especially the right to keep and bear arms.

Now, we physicians have to stand up for our rights.  Now that cabinet members and other Trump appointees may defend our rights more often, we need to make the medical establishment respect them too.

Recent surveys have looked at the political beliefs of physicians and how they break down by specialty. It is interesting to see how different specialties lean but although they state that most physicians are registered Democrat we cannot take that as fact.  One study, which has yet to be published in any peer-reviewed journal that I could find, rated physician party preferences nationwide based on registration information from 29 states.  They also refused to allow Medscape News to see the raw data from the study.   This is standard procedure for leftists, as in “it is true because I said it’s true, I don’t need to prove it.”

The NY Times reported “What we found is that though doctors, over all, are roughly split between the parties, some specialties have developed distinct political preferences.”  From what I see in published statements from the majority of the medical establishment’s leadership, they do not recognize the natural rights the Second Amendment was written to protect.

This is much like Hillary Clinton famous saying she “believes” in the Second Amendment even though “the Supreme Court got it wrong on Heller.” When politicians repeatedly make contradictory statements like that, they are attempting to deceive.

Let’s take the 2013 CDC study that has recently resurfaced on a pro Second Amendment site. It showed decreased injury rates when responsibly armed people use firearms in self-defense compared to other defenses or cooperating.  This study was not highly reported by the gun control crowd then or now.

As a matter of fact, CNSnews.com reported on the study and approached the Brady Campaign to Prevent Gun Violence for comment. But “Calls and an email from CNSNews to the Brady Campaign to Prevent Gun Violence were not returned.”  It seems that the gun control crowd is silent when studies done by their own contradict their dogma.  Perhaps their mothers taught them “If you don’t have something bad to say don’t say anything at all.”

They continue pouring out the same old chatter in the latest articles.  One in the Journal of the American Medical Association attempts to show how little research is done on “gun violence” deaths among the top 20 causes of death in the U.S.  Once again, the authors include suicide in their numbers of “gun violence” deaths and fail to see that guns aren’t violent, criminals are.

In another study in JAMA Internal Medicine the authors attempt to show how “gun violence” spreads like an infectious disease.  NPR’s Cheryl Corley reported “Yale University sociologist Andrew Papachristos said researchers treated the idea of gun violence literally and created a network from more than 100,000 individuals at risk of getting shot.  ‘These gunshot victims — they’re in very small social networks. They tend to cluster together in these networks. And really what our study shows is that gun violence cascades over time,’ Papachristos said.”

They found that violence cascades through small social networks, and that those networks (other Americans call them “street gangs”) need to be dealt with directly, instead of harassing millions of responsible Americans who choose firearms for self-defense and other lawful uses.  Consider the title to their study “Gangs spread violence in America”—no news there.

Dr. Gary Slutkin, another physician looking at gun violence as a public health issue, said in an interview on NPR , “People need to reinterpret [how] when they hear the word criminal, they heard the word gang, that they’re being scared by what we call the scary words.” Once again the tactic is to relabel a concept to fit an agenda. Before long it won’t be politically correct to call them gangs, but instead “very small social networks” (VSSN’s), “gun violence cluster nodules” (GVCN’s) or some other pseudo-scientific blather.

Leftist, anti-civil rights researchers continue to lie to the public, skew the numbers, and avoid the truth in order to promote their political agendas.  As physicians, our responsibility is to search for and promote truth about what is best for our patients.  We need to stand tall and fight for the right principles in every way possible.

Join us, stand with us, take action in whatever way you can—but do not stand idle.  The time to turn the tide is now.