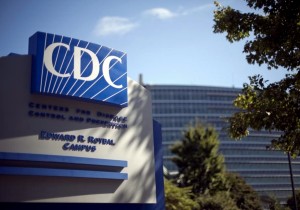 [Editor’s Note: The following article was published by The Hill in response to the November 20, 2015 story Dems push to end ban on gun violence research and is republished here with permission.]

History is not always written by the victors. In a Friday letter to the Labor, Health, Human Services, and Education Appropriations Subcommittee, House Democrats urged repeal of the 1996 ban on funding for gun control advocacy at the federal Centers for Disease Control and Prevention (CDC).  But nowhere does the letter mention the abuse of authority and misuse of tax dollars that prompted Congress to act.

Signed by San Francisco Bay area Rep. Jackie Speier and several dozen other Democrats, the letter drips faux outrage. Speier claimed in a publicity statement “it’s time to end this ludicrous ban that prevents our nation’s top minds from figuring out how to shield our communities from gun violence.” This audacious and entirely false assertion ignores the mountains of firearm research done since the ban.

Nearly twenty years later, House Democrats seem confident that memories have faded.  And media reports on the whole affair have strangely avoided any mention of the CDC’s past wrongdoing.  So it’s time once again to set the record straight.

I was one of three medical doctors who testified before the House’s Labor, Health, Human Services, and Education Appropriations Subcommittee on March 6, 1996 about the CDC’s misdeeds. Note: This testimony and related events are described in my three-part documented historical series). Here is what we showed the committee:

Kellermann and his colleagues used the case control method, traditionally an epidemiology research tool, to claim that having a gun in the home triples the risk of becoming a homicide victim.  In the article Kellermann admitted that “a majority of the homicides (50.9 percent) occurred in the context of a quarrel or a romantic triangle.” Still another 30 percent “were related to drug dealing” or “occurred during the commission of another felony, such as a robbery, rape, or burglary.”

In summary, the CDC funded a flawed study of crime-prone inner city residents who had been murdered in their homes. The authors then tried to equate this wildly unrepresentative group with typical American gun owners. The committee members were not amused.

“We’re going to systematically build a case that owning firearms causes deaths.  We’re doing the most we can do, given the political realities.” (P.W. O’Carroll, Acting Section Head of Division of Injury Control, CDC, quoted in Marsha F. Goldsmith, “Epidemiologists Aim at New Target: Health Risk of Handgun Proliferation,” Journal of the American Medical Association vol. 261 no. 5, February 3, 1989, pp. 675-76.)  Dr. O’Carroll later said he had been misquoted.

But his successor Dr. Mark Rosenberg was quoted in the Washington Post as wanting his agency to create a public perception of firearms as “dirty, deadly—and banned.” (William Raspberry, “Sick People With Guns,” Washington Post, October 19, 1994.

The newsletter advised “advocates” to “organize a picket at gun manufacturing sites” and to “work for campaign finance reform to weaken the gun lobby’s political clout.”

Not surprisingly, the full committee report for the 1997 appropriations bill contained “a limitation to prohibit the National Center for Injury Prevention and Control at the Centers for Disease Control from engaging in any activities to advocate or promote gun control.” Further, the committee warned CDC officials that it “does not believe that it is the role of the CDC to advocate or promote policies to advance gun control initiatives, or to discourage responsible private gun ownership.”

So contrary to Rep. Speier’s tale of great minds shackled and research suppressed, Congress in fact simply directed the CDC to stop promoting gun control.  To reasonable minds this is not at all controversial.  Congress should ignore the tricksters and continue holding the CDC to its mission of objective research, not pushing for gun control.