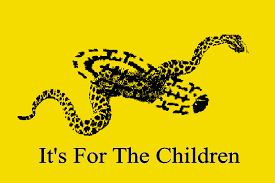 “We’ve got to do something!”  This is the refrain among angry, frightened, and frustrated Americans every time there’s a horrific event like the recent school shooting in Florida.

But that is where the common ground ends.  Anti-gunners rush to blame gun owners, the NRA, firearms in general and, of course, the dreaded AR-15.  And those of us who hold the right to keep and bear arms near and dear insist, time and again, that the blame lies elsewhere.

No matter what weapon the killer uses, the talk circles back to a renewal of the 1994 Assault Weapons Ban (AWB)—the now expired Clinton era law that arbitrarily banned some firearms and some cosmetic firearm accessories—despite the fact that even by the Department of Justice’s own assessment the AWB did nothing to decrease crime in general or violent crime in particular.

“Weapons of war have no place on our streets” is shouted in Town Hall meetings and at protest marches—while those of us who own and use these firearms wonder how a firearm that is not employed by a single military on the face of the earth could be construed as a “weapon of war”.  And how a rifle that’s been in civilian hands for over 50 years is suddenly too dangerous for us to own.

Despite the fact that a nearly all mass murderers have passed the required federal National Instant background Check System to purchase their weapons, the cry goes up again for “Universal Background Checks”.

Meanwhile, legal gun owners wonder why the thousands of prohibited persons who break federal law by lying on their background checks are then prosecuted at a rate approximating 0%.

Time and again, when these events unfold, incredibly courageous educators risk and even sacrifice their lives to protect their students.  And too often, and in Parkland, Florida in particular, the rest of local and federal government seem to fail at virtually every level.  Those of us desperate to protect people in general and children in particular from these horrendous crimes shake our heads in disbelief when politicians and media elites have the audacity to suggest that more government authority and control is the answer.  More incredible still is that so many of the general public find such suggestions worthy.

Yes—we’ve got to do something.  Something different than we’ve been doing.  Something other than doubling down on policies that have failed abysmally.

Something like ending the charade of so-called “gun free zones”.  Something like allowing our courageous teachers the chance to protect their students and their own lives more effectively than by acting as human shields.  Something like focusing our efforts on identifying monsters before they act, rather than symbolically punishing people after the fact who’ve done nothing wrong.

We harden some obvious targets all over this country—banks, jewelry stores, government offices—yet we fail to institute security measures at our schools for our children against this threat.

These events are horrifying tragedies; on this there is no disagreement.  That we need to do something is obvious, and no one is debating that fact.  The question is whether the answer is going to be more of the same failed policies, or a new, evidence-based approach.

We’ve got to do something, it’s true. But we’ve got to stop doing the same thing. It isn’t working.