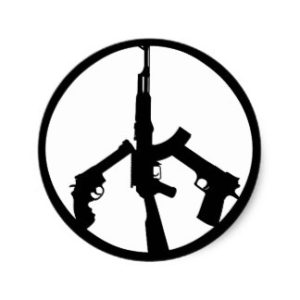 It was a peaceful demonstration that day in Dallas, enacting a right recognized in the first amendment to the Constitution.  Then one hateful, violent person shattered that peace.  One person ignored the rights of those demonstrating, police officers, and everyone else involved, to carry out a heinous crime against society.

The police officers who were there and quickly responded are heroes.  They are heroes every day no matter what the call, no matter how dangerous the situation.  Those who are willing to live their lives every day for the well-being of our communities should always be looked upon with respect and thankfulness; even more when they give up their lives in that service.

It is unfortunate in America when politicians and media immediately attack the tools used in a crime.  It is un-American when they belittle the right to keep and bear arms because that right didn’t somehow stop this terrible, unlawful act before it started.

Law abiding Americans realize that the exercise of our rights should not interfere with the appropriate exercise of others’ rights.  Freedom does not guarantee that we will all live happily ever after without pain or discomfort in our lives.  Freedom does provide opportunities to live as each of us wish to live and to make our own choices.  Sometimes people make terrible choices, like the murderer in Dallas last week.

We cannot attack law abiding American’s rights because one person, or even many people, abuse that right.  The focus needs to be on those abusing the right, and not the millions of Americans who peacefully and lawfully exercise the right to keep and bear arms.

I believe that we all want peace.  Even deranged killers who violently take the lives of peaceful citizens want peace, if only in their own minds.  Radical Islamist terrorists want peace. They want every other person in the world to believe as they do and to conform to their way of life, and they believe that will bring them peace.

It is not the desire for peace that sets us apart but the methods by which we pursue it.  The selfish pursuit of our own peace without regard for the peace of those around us is not compatible with progress toward a peaceful society.

They had seen much tyranny and control in their lives, and knew that government control would not bring them, or generations to follow, the peace they sought.  Those who believe to the contrary or believe that “common sense restrictions” can be placed on our God-given rights are fooling themselves or trying to fool us for their own benefit.

In a world where many infringe upon the rights of others in violent ways, personal or societal peace is elusive.  In this society there are truths that cannot be ignored.  There is no peace in attacking innocents who represent a religion you don’t agree with.  There is no peace in retaliation against individuals who share a vocation with someone else whom you perceive abused their power.  There is no peace ever in the death of innocent people.

The “good guy with a gun”, whether he or she is civilian, law enforcement or military, does not use deadly force selfishly.  The act of defense that becomes necessary at a critical moment is a defense of freedom, a defense of the innocent, a defense of all of us. These defenders give up their own peace in order to protect peace in society.  The cost is peace for the reward of peace.