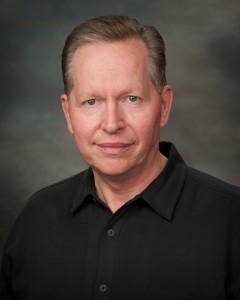 DRGO has long been involved in the public health gun prohibition movement’s campaign to make “the gun question”—an ethical boundary violation in medical practice—the so-called standard of medical care. My foundational article on the subject is here—“Boundary Violations: Gun Politics in the Doctor’s Office”.

Recent federal laws have forced doctors to adopt complex and expensive computerized medical records, and the format is dictated by numerous forces that want control over how doctors care for you, their patients. The first installment of the investigative report is reproduced, with permission, below.

The Gun Question: Why is gun ownership inquiry showing up on routine patient history paperwork? 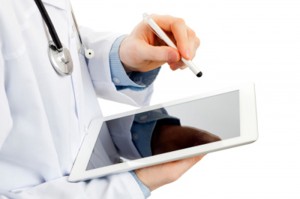 Editor’s note; Over the last four weeks, reporter Rachael Van Horn has been doing research into why some local physicians offices and hospitals now include a question about gun ownership. The questions is included between questions related to health history. The question is generally asked, if it is asked at all, while the patient is in the exam room and typically by a nurse who is inputting health history information into the patient’s personal health information file or on a computer. It is not asked at all physicians offices here.

Van Horn has been searching for the origin of the question, why it is being asked and since this information is being collected and most times by physicians who care for Medicaid and Medicare patients, what is being done with the information once it is collected.

The story is protracted and will be a continuing series as more information becomes available. We want to offer readers some answers about just why this question is almost always now, routinely included on programs created by healthcare information software companies who market worldwide to healthcare facilities and physician’s offices.

Like many people over the last several weeks, Angela Squibb of Woodward caught a small case of the flu and when her symptoms didn’t subside, she went to the doctor.

“But what surprised me, was that while they were taking my medical history, right after they asked me if any of my family had a history of cancer, diabetes etc . . . then they asked me if I had guns in my home,” Squibb said.

According to Squibb, the question made her uncomfortable.

“I felt like if I refused to answer the question, they would just make the assumption I had guns and so I just said no. I felt it wasn’t any of their business and I didn’t see how it applied to me having a cold,” she said.

When asked about the gun question, the director of the clinic where Squibb was a patient, stated they do not ask that question on their intake paper work, despite the question being confirmed by the patient.

“All I can tell you is we do not ask about guns on our intake paperwork,” the clinic director said.

The clinic’s name is being withheld because the reporter did not personally see or hear the question being asked.

The gun question coming from physicians or nurses as they check patients in is nothing new.

It has long been an issue discussed in lively and even aggressive internet forums as far back as 2005. Mostly, at that early time, the question surfaced in densely populated regions. It appears to only just now be surfacing here.

But there hasn’t been much hard journalism done on the subject.

That’s because drilling down and actually finding printed evidence of the question and then uncovering the origins of the question is harder than getting a line on the location of Jimmy Hoffa.

However, the question does exist.

Among many outlets nationally the gun question is a part of the patient health information gathering software, called Electronic Medical Records.

Locally for example, the gun question appears within the intake paperwork on the EMR system used by Woodward Regional Hospital.

The use of EMRs by all heath care facilities was encouraged and incentivized by the American Recovery and Reinvestment Act of 2009 (otherwise known as the bailout).

The law included incentives, such as up to $44,000 per physician if they adopted the use of EMRs in their clinics. But it also set out penalties for those physicians who failed to adopt EMRs by 2015. The penalties include reduced Medicaid and Medicare payments to physicians who fail to adopt the systems over old style paper health records.

Woodward Regional Hospital officials were not aware when originally asked about the existence of the gun question. But when spokeswoman Lori Messenger checked into the matter, she found that the question did show up on intake paperwork.

“The question is there but physicians are not required to ask the question,” Messenger said.

Woodward Regional Hospital staff were helpful and forthcoming about assisting with the efforts to discover the origins of the question.

Originally when the Affordable Care Act was passed in 2010, the National Rifle Association was invited or allowed to include language within the ACA that expressly forbade any routine collection of gun ownership data by physicians, or other healthcare facilities.

When the ACA was passed, that language was legally challenged as unconstitutionally limiting the right of a physician to freely communicate with the patient. And in early 2013, President Obama announced an executive action to “protect the right of clinicians to talk to their patients about gun safety.”

These forms of software are created by such companies as Athena Health who produces the software used by Woodward Regional Hospital.

There are more than 20 other large and small private companies who produce similar software for medical outlets all over the world.

Numerous calls to the top EMR software companies including Athena Health, Cerner and Meditech were either not returned or their officials declined to comment on the record about why they routinely include the question on the prepared software.

The issue has many people, both gun enthusiasts and others who simply resent what they feel is an issue of privacy, inquiring about the legitimacy of the gun question being asked when they are most vulnerable – while sick and in the doctor’s office.

“Where does this question come from? Is it legal and why is it turning up, sort of inconspicuously wedged between other seemingly pertinent medical questions,” asked Woodward Firearms Instructor Calvin Nelson.

“While I have not been asked that question myself, it does bother me to know that they would be asking me that question,” Nelson said. “I’m sure it is not any of their business and what does it have to do with my sinus infection.”

The first thing that is really bothering Nelson is that he doesn’t understand the reason for the question and who might be behind it.

According to the research conducted thus far by the Woodward News, information has been unearthed regarding who is not responsible, at least officially, for the existence of the question.

According to officials with the Center for Medicaid and Medicare Services (CMS), they have no requirement for such a question.

While it is wedged in among the other health questions required by CMS, the gun question is not among those questions that CMS requires for physicians, if they are to earn the incentive payment.

But the question sticks out to people like Squibb, who just couldn’t help noticing how out of place it seemed.

A peculiar finding in the research conducted by the Woodward News is the specificity of the question and how it appears in nearly the exact same format, regardless of which software company produces the program.

This could lead many to a final supposition that there is a single source behind the requirement or request to include the question, as well as how to word such a potentially controversial question.

One possible source for the inclusion of the question on mass produced health information gathering systems is the American Academy of Pediatrics.

The AAP’s October 2012 Report included a recommendation to physicians to include the gun question, according to a news report filed by Chicago Tribune Reporter John Kass.

Kass’s story in a 2013 edition of the Chicago Tribune chronicled an Illinois teen and his parent’s experience in early 2013, when they took their child to the hospital for a tonsil infection. At some point, the parent’s were asked to leave the exam room and while out, the physicians asked the teen if there were guns in his home.

According to Kass’s story: “That October report cites firearms as one of the top three killers of American children and reasons that questions about availability of guns would allow medical staff to tell parents to keep guns out of their homes, or at least out of children’s reach.”

Kass added this quote from the AAP’s report to his story – “Child health care professionals,” the October report reads, “can and should provide effective leadership in efforts to prevent gun violence, injury and death.”

The question and its origins are of less importance though, to Oklahoma Senior U. S. Sen. Jim Inhofe.

More pointedly, Inhofe wants to know what agencies, such as Medicaid and Medicare are doing with this information once it is collected.

“Whether or not this information is required, it appears to be being collected,” said Inhofe Communications Director Donelle Harder. “The question to me that seems most alarming is that we already see that this is on these forms. But what is happening with this information?”