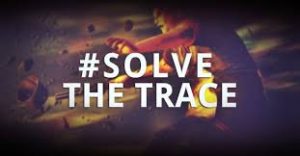 Here at DRGO we normally don’t pay attention to the Bloomberg-sponsored gun ban propaganda operation known as The Trace. We’ve shown how everything they publish is intended to prejudice readers against guns and gun owners. We’ve exposed their cheap bloody shirt-waving and emotional exploitation of grieving families.

But Robert Farago over at The Truth About Guns just fisked their recent offering of advice on how guns can be made safer, and his piece got us thinking. Yes, a rabidly anti-gun website is helpfully coaching us on how we can make guns safer for everyone. If you believe that, we recommend re-reading what TTAG and DRGO have told you about The Trace.

Consider the several decades of collective wisdom of DRGO’s Robert Margulies, MD, MPH. Bob took time off from studying for his police academy exams, the latest in his long string of law enforcement creds, to help me prepare this article.

And by the way, Bob earned his MPH (Master of Public Health) degree at Johns Hopkins University School of Public Health, which was a gun control factoid factory even before Michael Bloomberg bought it, attached his name to it, and cranked up yet another one of his gun control advocacy research factories.

The founder of Hopkins’ gun control advocacy operation is Stephen Teret, a former trial lawyer quoted by the Trace author. You may wonder how a litigator who received a distinguished career award from the Association of Trial Lawyers of America becomes a top official in a public health school. But it makes sense when you understand that to gun prohibition activists “public health” means skill in the use of laws against people. Laws, that is, that are designed to restrict gun ownership and make it ever more legally perilous to be a gun owner in America. The prescriptions these doctors write are the kind enforced by the threat of government violence.

The Trace’s writer Alex Yablon, a history major, flogs a gun-banner’s gambit that’s older than he is—regulating guns as consumer items. This despite Dave Kopel and I having thoroughly exposed the treachery of that ploy in a 2004 National Review article. Read your history, Alex.

Anyway, my coauthor Dr. Margulies knows more about gun safety, the use of firearms in law enforcement, and human nature than any of the cosseted hoplophobes at either of Bloomberg’s operations, The Trace or Johns Hopkins Bloomberg School of Public Health. So here are our observations about The Trace’s recommended gun design modifications:

Chambered round indicators—This feature, not found on most handguns, is a lever that pops up on top of the slide when a round of ammunition has been loaded into the chamber and is ready to fire. It does allow a defender to be assured of a loaded chamber in a situation where silence is a tactical necessity. For example, if a woman hears an ominous noise in the night and takes her handgun out of the nightstand safe, seeing the loaded chamber indicator could make unnecessary a press check of the chamber, which may make noise or accidentally eject a round under stress.

Otherwise, reliance on a chambered round indicator is foolhardy. It diminishes the unassailable primacy of The Rules, which Yablon and other gun control apologists oddly downplay. No mechanical device can substitute for The Rules, and none will prevent the consequences of stupidity or reckless disregard for safety.

Magazine release safeties—Also called “magazine disconnect”, this feature disables the gun from firing a round that’s already chambered when the magazine is removed from the gun. Many negligent discharges have occurred after some fool has removed the magazine and, believing the gun to be unloaded, feels free to handle it carelessly.

Police agencies recognized the tactical danger of having a firearm rendered useless by this so-called safety mechanism and in the 1980s started disabling magazine disconnects on their department-issued firearms. Unlike the police, however, civilians who disable magazine disconnects on their own defensive firearms are vulnerable to unscrupulous prosecutors’ or plaintiff lawyers’ charges that they altered their gun to make it more lethal.

As always, the cure for this problem is The Rules. Strict adherence to The Rules makes such extraneous features unnecessary.

Heavier trigger pulls—The idea behind this feature is that the more force needed to fire the gun, the less likely it would be to accidentally fire it. The New York trigger, a politically mandated 11-pound trigger pull for New York Police Department-issued Glock pistols, was a modification of the normal, much more user-friendly 5.5 pound trigger pull of Glocks shipped from the factory.

Expert opinions differ on the safety-enhancing and accuracy-impairing quality of the New York trigger. No less an authority than Massad Ayoob recommends it, and I (TWW) had my Glock model 22 fitted with a New York trigger by a Glock Armorer at Ayoob’s LFI-1 course (now called MAG 40). With further tactical training (the Tactical Firearms Training Team’s Tactical Pistol I and II courses) I learned to handle the extra pull. My target groups with the Glock are as tight as with my Colt 1991A1, with its famously crisp and light trigger pull.

The main reason for recommending the New York trigger in civilian hands, as Ayoob astutely points out, is to be able to mount a defense against a corrupt prosecutor’s or plaintiff attorney’s accusations of using a “hair trigger” on a defensive gun, increasing the chance of an accidental or negligent discharge. Again, the best way to avoid this catastrophe is by strict observance of The Rules, specifically Rule 3—Keep your finger off the trigger until you have made the decision to shoot.

Grip safeties—This feature is one of the layered system of safeties designed into the venerable 1911-style Colt semiautomatic pistol designed over a century ago by John Browning. It is still built into some perfectly serviceable modern handguns, such as the Springfield Armory XD® Series.

In the classic Colt pistol platform the grip safety was a sensible extra layer of protection against accidentally firing a round with the exquisitely light 1911 trigger. But it is probably superfluous in most modern semiautomatic handguns. Some note that an imperfect grip can disable the gun in an emergency, a decided disadvantage in a defensive handgun.

Firing pin blocks—This device prevents the firing pin from striking the cartridge’s primer and causing it to discharge if the trigger is not pulled. The most common cause of such accidental discharge is dropping the gun, causing the pin to move forward by inertia and indent the primer. This hazard was recognized by manufacturers as long ago as the 1970s, when Ruger installed the transfer bar on its revolvers in response to reports of drop-induced discharges.

Similarly, as Yablon himself points out, drop safeties are already incorporated into such workhorse pistols as the 1911-style pistols made by Colt and Kimber.

The firearms market has repeatedly responded by offering a range of features, because that is how markets work. Consumers are more likely to purchase handguns that are safer to use according to their varying needs. Which brings us to the real reason The Trace touts these modifications.

Gun prohibitionists don’t want “low tech gun safeties” and “smart guns” just to provide more options for consumers. They want guns that don’t meet their ever-growing list of conditions to be made illegal. That strategy works in California to outlaw the ownership of a growing list of handguns that all other Americans buy freely and use safely. Now the gun-grabbers’ goal is to inflict that fraud on all Americans.

Want the real scoop on gun safety? It makes no sense to ask people who exult in their ignorance about guns, even as they try to confiscate yours. Ask the real experts.