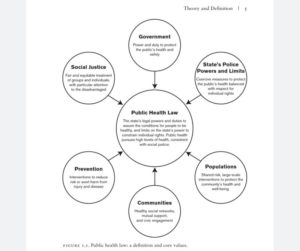 One fundamental is crucial to understanding why doctors and organized medicine are involved in gun policy:

Public health is not medicine.

It is the primary tool and avenue through which hoplophobic medics seek to infringe on peoples’ right to keep and bear arms. But it is not the practice of medicine.

Public health relies on medical data and facts gathered through epidemiological methods. But public health is not a clinical discipline. It is a legal one. In short, public health is the discipline that seeks to bring the coercive power of the state to bear on the populace in order to effect behavioral (and cultural) changes.

This is couched in the principle of protecting a common interest or common good. In some instances, the application of public health is legitimate: banning spitting in public at a time when tuberculosis is widespread or confining individuals with highly infectious diseases to isolation. 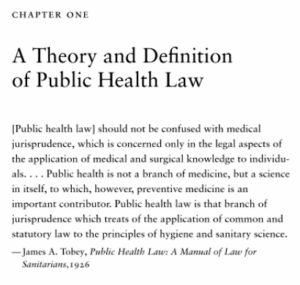 Note that nothing in the above (and myriad similar) examples involves diagnosing or treating people. It has nothing to do with identifying a drug of choice, its dosage or duration of treatment. It does involve making people do some things and preventing them from doing other things.

This is because public health is not medicine.

And that is why it is the perfect vehicle for anti-gun physicians: it relies on an epidemiological foundation to substantiate and support policy as well as the power of law to enforce compliance.

DRGO has demonstrated repeatedly how the medical academic establishment has sought to infringe on the Second Amendment through public health channels.

Gostin’s writing gives the lie to any claim of balancing individual liberties with the protection of public health. From the preface of his book comes this telling (and chilling) sentence:

In this book we question the primacy of individual freedom (and its associated concepts — autonomy, privacy, and liberty) as the prevailing social norm.

Any doubt that the above is a direct, specific threat to the right to keep and bear arms, is wiped away by Gostin’s 2013 article entitled A Systematic Plan for Firearms Law Reform. That manifesto demonstrates Gostin’s dismissive contempt for the civil liberty of gun ownership.

The totalitarian tendencies of the public health thought leaders are particularly ironic, because in all of our training we are cautioned to avoid authoritarian and paternalistic attitudes and mindset in our relationships to our patients.

Nothing could be more antithetical to the practice of medicine (adhering to the Hippocratic oath in any meaningful way) than public health is.

But, then again, public health is not medicine.

Somewhere between a legitimate need for protecting a common public interest and public health’s contemporary incarnation, that discipline became infused with postmodernist thinking. With that came the inclusion of the concepts of “social justice” and “equity” in its core values. 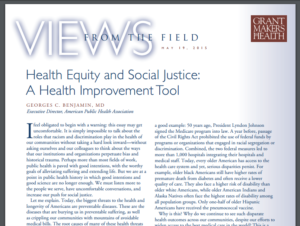 It goes without saying that every patient should receive equally good care—regardless of their origins, identity or station in society. But the concept of equity is antithetical to medical science. Equity is equality of results and outcomes. That’s fine and achievable in T-ball, where every kid gets the same amount of ice cream and a participation trophy at the end of the season. It’s impossible to achieve in medicine, owing to individual variation in genetics, risk factors, and compliance, to name just a few confounding factors.

Social justice, in general, is not about elevating those who have less—it’s about bringing down those who have more. It’s an ideological concept laden with distasteful class and racial identity politics. In the end, it’s about restricting people’s liberties and freedoms, even when applied to public health. Gostin the legal scholar himself says as much.

Evidence has shown time and time again that greater prevalence of firearms ownership positively correlates with lessened violent crime. If these public health thought leaders truly believed in justice, they would be advocating for greater prevalence of firearms ownership in minority communities. These are, after all, the communities most plagued by violence. That would be sound evidence-based policy, just as good medicine is evidence-based.

But public health is not medicine.

[Ed: This is the first in a 3-part series in which Dr. Przebinda explores the “public health” approach to gun control. Be sure to see Part 2 and Part 3.]