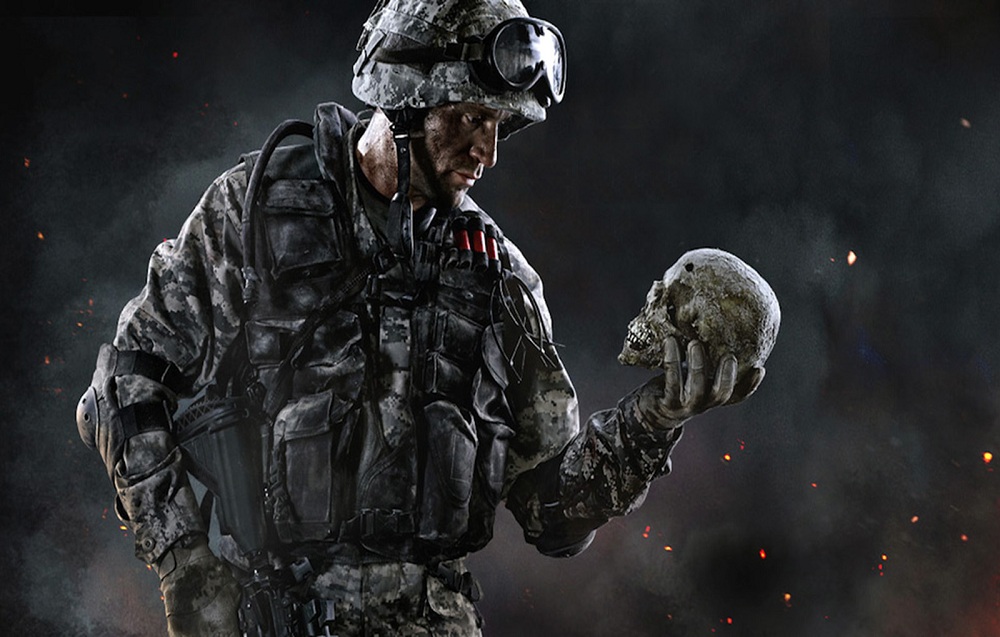 “No Breather from Work. No Relief from Combat. No Request for Respite. No Slack.”

—motto of the No Slack Battalion of the 101st Airborne Infantry

When I joined the army in 2005 as an 18 year old , I had no idea what lay in my future. I had written my high school thesis on the Army’s new implementation of helicopters delivering troops to the battlefield in the Ia Drang Valley during the Vietnam War. In Mel Gibson’s film, We Were Soldiers, and through the research I conducted, I learned of the camaraderie only found in the infantry. That is a huge reason why I decided to join the infantry, despite being offered other jobs.

I spoke with a retired command sergeant major whom I had served with during two deployments. He is a strong advocate and helps Operation Restored Warrior. He goes on every monthly trip to offer support and his experiences to help other veterans. In discussing ORW and Post Traumatic Stress Disorder, he left me with the understanding that my PTSD did not start the day I joined the army. Everyone has some sort of PTSD. Everyone goes through hardships in life. ORW gives veterans the tools to manage it.

During my 10-year career, I spent 39 months in combat operations in Iraq and Afghanistan. My brothers and I saw first-hand what happens when people have no means to protect themselves. During my tours, many of my brothers and sisters were killed in action or wounded.

During Operation Strong Eagle I, a company commander was shot in the head and fell 400 feet down a mountain, with each impact losing a piece of clothing or kit. He fractured his left ankle, vertebrae in his lower spine, and his rib. In addition, he tore the labrum located in his left shoulder, tore the scalp off his head, and endured a traumatic brain injury. He was evacuated to the hospital, where he fought for recovery. Within six months he earned his way back to lead his company to fight the enemy in Operation Strong Eagle III. That is the spirit of every infantryman of the No Slack Battalion of the 101st Airborne Division.

During our time in service, no one ever questioned whether our mental health impaired us in carrying out our missions. Many operations involved urban patrols in close proximity to the local populace, where the enemy wears no uniform. They attack with concealed explosive vests, small arms, rocket propelled grenades, and improvised explosive devices. We trained and fought making split second decisions about which lives to take. Training is key.

Tom Gresham has said “Unless you’ve been on a Seal Team, then you probably don’t have firearms training.” I disagree with his sentiment and invite him to observe the training of No Slack infantrymen. No civilian gunfighting school has a $1,000,000 budget. It costs $21-30 million dollars (not including food or ammo) to send one brigade combat team to the Joint Readiness Training Center. One mistaken pull of the trigger could earn a life sentence at Fort Leavenworth.

During my final months in the army, I sought Veterans Administration counseling for the toll my body and mind had taken. The psychologist I saw seemed eager to diagnose me with Post Traumatic Stress Disorder. He rated me at 50% for PTSD. I don’t believe I had PTSD so much as survivor’s guilt, but perhaps some minimal level was present. I had been having a few weird dreams from when I was in country, but they weren’t of my combat experiences.

In 2014, my dad, my girlfriend (now wife) and I went to see Fury with Brad Pitt. Toward the end of the film, when they were stuck inside the tank, I went into a panic attack. Looking back, perhaps what triggered the anxiety was one of my final Afghanistan missions. Apaches were flying overhead providing aerial support. We were parked; I was the driver and was a second pair of eyes pointing out combatants to my gunner. We had guys pinned down in a field taking enemy fire from higher ground.

Another enemy combatant was shooting RPGs at my truck. I never did see the RPGs flying, but over the radio, I could hear my platoon sergeant saying they were going to release an anti-tank missile at the RPG gunner. I looked in the rearview mirror and saw a blast of dirt and debris evaporate into the air. After the fight, our medic told me the RPG guy shot 3-4 RPGs at my door, but at the last second, they’d fly up and over. I never did see them.

In early 2015, I received my final VA Disability Letter. The VA rated me 50% for PTSD; my many physical impairments, including sleep apnea, were also substantial. According to the VA scale, I am 100% disabled overall yet still afforded the opportunity to work.

Nonetheless, my body has taken its toll. I could not now physically defend myself against a criminal without using a firearm, the great equalizer. They say that for every year a person serves in the infantry, their bodies age seven years. By that math, I have a 70-year old body just from my time in military service. I can’t run as fast, as long, or do many of the things that other guys my age do without being in severe pain the next day. But I can draw my concealed firearm and get a shot on target within 1.5 seconds.

When I left the military in late 2014, I did not understand the importance of the Second Amendment. My sisters and I did not grow up with firearms in our home. I purchased my first shotgun when I turned 18. In the infantry, we always had access to weapons and could defend ourselves and each other. I lived on base, which is one of the safest places in the nation. Upon coming home, I had no way to defend myself or my family. I felt naked and defenseless without a firearm. I saved enough money to purchase a Glock 30 in a few months. I got my Concealed Carry Permit 60 days later.

Fast forward to 2016. My wife and I got married July 2nd and moved back to Clarksville, Tennessee, which is located right outside Fort Campbell in Kentucky, where I had served in the military. We moved back to be near my military brothers and sisters. Within one week of being back, we were in a store checking out movies and books. A criminal stole a Halo trinket while we were there and broke out the back door. I thank God every day that he wasn’t armed that night. We’d left our weapons at home. We soon discovered that we were not in small town Kansas anymore. We changed our tactics that night. We carry everywhere within the limitations of the law. My wife and I stay together. And we avoid “gun free” zones.

I came across Tom Gresham’s Gun Talk podcast. Veterans often call to discuss their legal battles with the Department of Veterans Affairs. Some of these folks lose their right lawfully to own firearms. This may even occur by accident, simply by checking a box on a single form. In other instances, some veterans are confined to a wheelchair. The person may have a close friend or relative manage their finances for no other reason than they have lost maneuverability. President Obama also banned Social Security recipients from lawfully possessing firearms if they need assistance with their finances. Attempts to regain the right to lawfully possess firearms can cost tens of thousands of dollars, with indefinite results.

Most violent crimes occur in low income neighborhoods. I find it especially disheartening that our political leaders may have armed security, live in gated communities, and have passive security systems (which can have monthly fees), but don’t care whether people at the grassroots can defend themselves.

Our Constitution’s Second Amendment protects our right to defend ourselves with firearms. Our rights should only be taken away with due process under the Fifth and Fourteenth Amendments to the Constitution. The Fifth Amendment gives us the right not to incriminate ourselves in criminal proceedings. That burden is on the government. The Fourteenth Amendment prevents any state “from depriving any person of life, liberty, or property, without due process of law; nor deny to any person within its jurisdiction the equal protection of the laws.” This Equal Protection Clause prohibits states from denying any person within its jurisdiction the equal protection of laws. The Fifth Amendment requires the same of the Federal Government.

People who purchase firearms through Federal Firearms Licensed Dealers all fill out BATF Forms 4473 that are processed through the National Instant Background Check System. One question asks, “Have you ever been adjudicated mentally defective or have you ever been committed to a mental institution?” This question is pertinent because our rights as veterans, and Social Security recipients, were stripped away in violation of our Constitution. They were convicted of no crimes that would prevent them from exercising their rights. The VA has unconstitutionally bypassed these requirements.

Anonymous government bureaucrats, who have no legal or medical expertise, check a box on a form. They take away rights that have always been entrusted to our nation’s warriors and our retired citizenry.

A wise adage says, “When seconds matter, the police are only minutes away.” When confronted with a violent criminal intent on causing you harm, you only have two options: either defend yourself or comply with the criminal’s demands and hope that you live to the next moment. There is no time to wait for the police. To believe that another lawful concealed carrier will be there to defend you is asinine.

Neither my wife nor I will come to the aid of a third party whom we do not know intimately. We don’t know which side of what sort of conflict you are in. We don’t know if you’re a criminal being arrested by an undercover police officer. There are too many ifs in play for us to jeopardize our own well-being.

Only you fully know the situation in which you find yourself. This is about my life, my family’s, my grandparents’, my mother’s and father’s, my sister’s, my brother’s, and perhaps yours, too. Let’s protect all of us, by ensuring everyone’s right to keep and bear arms. It is about our lives. Protect them!