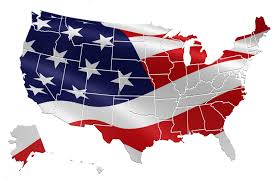 One of the most hotly debated issues on the Second Amendment is over the right to carry firearms outside the home.  Today, each of the 50 states as well as the District of Columbia authorizes ordinary citizens to carry a handgun in most public places under one of the following three regimes:

The debate has lately been inflamed by reports of Florida’s failure to fully complete background checks on 365 applications.   But no regulatory scheme can be perfect.  Instead, let’s consider what path to take to resolve the right to carry question.

The Constitutional Carry states (except for Vermont) came to their regulatory conclusion after several years running Shall-Issue permitting systems.  They had found that there was little to no benefit commensurate with the cost of enforcement of permitting requirements.  When law enforcement officers encounter gun carriers under suspicious circumstances, they can run instant background checks to determine that the carriers are within their Constitutional rights to possess firearms.  So far, none of these states has reverted to its previous Shall-Issue scheme.  Of these 12 states, eleven continue to issue permits to those who apply, primarily to facilitate their residents’ carrying while traveling in other states under the terms of the latter’s laws.  Vermont, a state with the most liberal attitude toward gun carry, has made no move to develop a permitting regime since 1776.

Thirty states, recently joined by the District of Columbia, have adopted Shall-Issue laws.  Under the Shall-Issue regime, a permit is generally required to carry a handgun in public which “shall” be issued to any applicant who meets the requirements prescribed by each jurisdiction.  The least rigorous requirement is simply passing a NICS background check through the FBI.  The most rigorous requirements add additional background checks, finger printing, training, testing and/or live fire qualification.

Only 8 states still issue permits on a May-Issue basis.  Of these, a couple are fairly liberal, at least in some counties, about issuing permits to qualified applicants.  The others are more restrictive, issuing permits exclusively to individuals engaged as security personnel, retired law enforcement officers, personal friends of influential public officials, generous contributors to the entrenched political party, judges, prosecutors or celebrities.  The criteria for issuance in these states are highly opaque.   Information is not readily available showing who has been issued permits or why.

Gun rights advocates have pursued two lines of attack on the May-Issue regimes of these states.  One approach is to litigate in state and then federal courts for rulings that applicants  who meet objective standards prescribed by the state have the right to be issued permits.  The District of Columbia was the latest to be sued and the dispute was settled in that way by the Federal Circuit Court for the District of Columbia.  It ruled that the “average citizen” had a right to be issued a permit.  D.C. considered appealing to the Supreme Court but decided to accept the decision for fear of an adverse and nationally applicable ruling.

We don’t know what the future holds for litigation attacking May-Issue regimes.  The Supremes have declined to grant cert on appeals from the Second, Third, Fourth and Ninth Circuits and it is not known why.   Perhaps no case has been framed narrowly enough that five justices are prepared to take the next step.  Justices should be reluctant to rule on the number and rigor of prerequisites such as training, testing or live fire qualification scores.  The question of “need” itself is the big issue.  Is it constitutional for a state to base carry decisions on any definition of “need”?

The alternative path is political, that is, for Congress to pass a National reciprocity bill.   On the pro side, Congress has already passed national reciprocity laws affecting two classes of beneficiaries.  The first, in 1993, covered armored car drivers while actively engaged in service of their employers.  The second, in 2004, covered police and prison guards whether they are actively employed, disabled or retired with 10 years of service.   The precedents support Congress exercising its power to supersede the states’ individually regulating firearm carry in public places.

The con side is primarily the Democrat Party advocating for, surprisingly, states’ rights, while complaining about a “race-to-the-bottom” in permitting requirements.  For example, the State of New York has no wish to have visitors from Vermont carrying handguns in its territory who have never been subjected even to a NICS background check.  Each state would be compelled to accept the standards of their 49 sister states, including no standards at all.

The U.S. House of Representatives passed H.R. 38, the Concealed Carry Reciprocity Act of 2017, but this bill has stalled in the Senate.  To clear the Senate, it would need to clear the 60 vote filibuster rule.  That could happen in only three ways:  1) abandoning the filibuster rule; 2) attaching the National Reciprocity bill to some other must-pass legislation like national defense funding; or, 3) a sufficient increase in the number of  Senators from right-to-carry states.   There are 42 such states, but of the 80 senators representing them, fewer than 2/3 support national reciprocity.   It’s doubtful that sufficient turnover will occur in the 2018 election to pass national reciprocity.  The possibility is greater by 2020.  Should the gun-rights movement grow, it’s inevitable that national reciprocity will become law in time.

What is the way forward to achieve nationwide right-to-carry?  Ideally, perhaps, each May-Issue state will ultimately adopt the same right-to-carry standards now in effect in 42 other states. But it may come that appointed judges of the Supreme Court will call that shot in the nearer future.  Or, Congress and the President could legislate it, no doubt inviting court challenges up to the Supreme Court.

However it happens, it will be none too soon. “The people’s right to keep and bear arms, shall not be infringed” gives no excuse for cryptic decisions by states that arbitrarily limit that right.