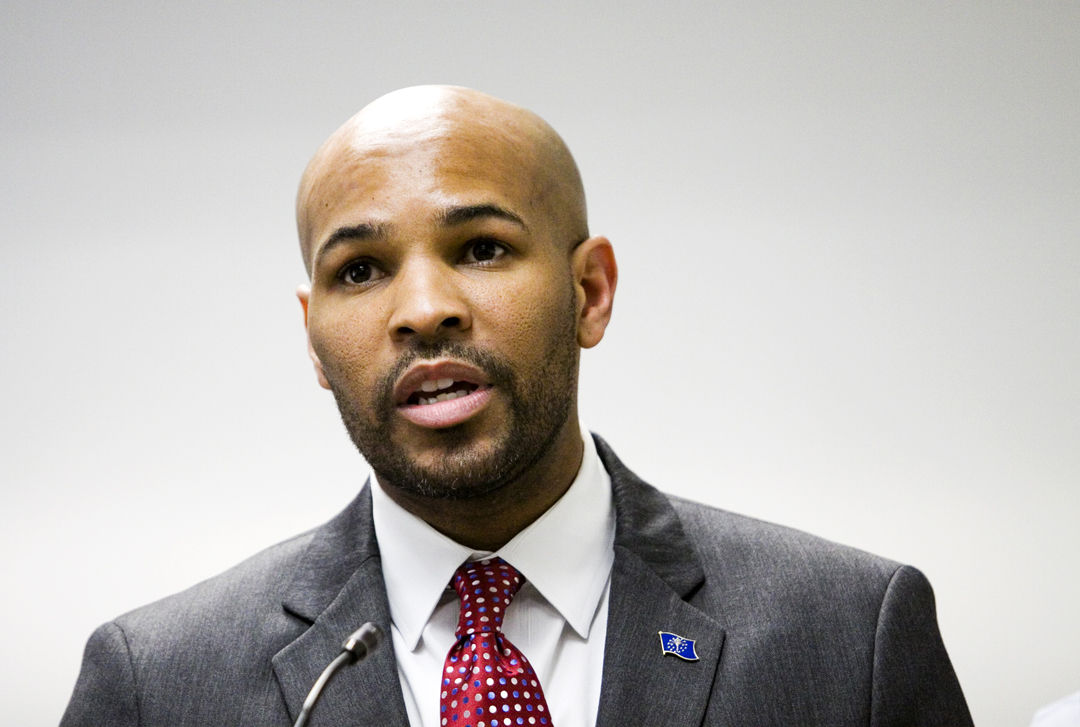 This was in response to a question from Senator Chris Murphy (D-CT) asking how he would address the “public health hazard” of firearms. He and Patty Murray (D-WA), both long-time gun opponents, were intent on making this an issue.

We couldn’t have said it better ourselves.

Dr. Adams was raised on a family farm in rural Maryland. He is, of course, very bright, winning scholarships for undergraduate studies at the University of Maryland in biochemistry and biopsychology and his medical degree from Indiana University. It seems that he avoided radicalization at the University of California – Berkeley where he added a Masters in Public Health. His internal medicine residency was at St. Vincent Hospital (Indianapolis), then anesthesiology at Indiana University.

This is not the educational résumé of a typical well indoctrinated, ivory tower progressive.

From 2006, Dr. Adams worked in anesthesiology at Ball Memorial Hospital in Muncie, becoming an assistant professor on Indiana University’s faculty. He entered public service when he was appointed by then Governor of Indiana Mike Pence to be the state’s Health Commissioner in 2014. He was reappointed by current Governor Holcomb in 2017. Adams has taken on whatever threatens Hoosiers’ health, not pet projects or self-aggrandizement.

Like other concerned leaders from the Midwest into the Northeast, Adams recognized the severity of the opiate epidemic and took that on immediately. An early initiative was to make Narcan (naloxone, an opiate inhibitor) available to citizens to administer when witnessing opioid overdoses.

He was also able to convince reluctant leaders to allow a needle exchange program in a small community afflicted with a nearly 4% prevalence of HIV infection among residents who had become opiate addicts sharing needles.  That understandable moral reluctance to facilitate illegal drug abuse gave way to another lifesaving intervention, a testimony to Adams’ ability to work effectively with a range of political opinion.

This is not the work resume of a typical high-achieving academic careerist.

He is obviously comfortable in his rather conservative adopted home state where he trained, lives, and made his career.  He owns guns and has a “lifetime permit” (meaning, in Indiana, that he can legally carry). He promotes evidence-based solutions (for example, his interventions in the state’s opiate epidemic) and does not give unscientific ideas room to fester (as in his reply to Sen. Murphy’s fear of guns).

Dr. Adams does not inhabit the self-referential, position-driven world of most medical academics. He has placed himself where physicians care for patients more than for ambition, politics, or public recognition.

Just contrast Adams with Vivek Murthy, MD (see Guns, Surgeons General, and Public Health Policy, DRGO, 6/06/2014). Our previous Surgeon General was rewarded by President Obama in part because Dr. Murthy had formed a Political Action Committee to elect him.  President Trump had not even met Dr. Adams, who has no history of politicking, until last November.

We don’t know Dr. Adams as well as we will, but he looks like a much better choice than most surgeons general in decades. He intends to emphasize “wellness and community and employer engagement”, whatever that means, but specifically obesity and addiction prevention.

Unlike Dr. Murthy, he didn’t have to say he would not speak out further about “gun violence”—because he has said nothing objectionable, and he and his questioners knew it.  Perhaps as important, he also told the panel that we need “to stop demonizing each other”.  The HELP Committee approved his nomination August 2 and the Senate confirmed him by unanimous voice vote the next day.

Indeed, he was praised by members of both parties for choosing science over politics. Count his pro-gun and gun owner stance as that, too. Will Democrats understand that “A Better Deal” includes a Trump Surgeon General for whom gun ownership helps “Make America Great”?

Even if he doesn’t actively promote responsible gun ownership as part of the public health response to American violence, his example as a rational, high-profile physician will be powerful.  His comfort with firearms in his and others’ safe hands will be a powerful counter to anti-gun Chicken Littles who imagine that every gun is an assault aborning.

It may be enough if Dr. Adams simply keeps reminding everyone: “What we have to do is separate the tool from the perpetrator. . . Guns and gun owners aren’t . . . a public health problem . . . [T]he violence . . . is.”