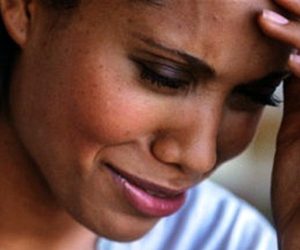 One aim of medicine – and ostensibly of public health – is to reduce suffering. It is one of the most noble things to which a person can be called.

It is under the standard of this lofty goal that today’s public health hoplophobes put forth their advocacy research and agitate for decent people being stripped of their fundamental rights.

They couch their position in the context of health care. But their field is public policy and law, not medicine. They want the public and policy makers to see guns as an independent, external corrupting force. But human beings have free will and agency.

Life is a series of choices and consequences. And choices involve trade-offs.

In medicine, we deal with trade-offs every day: we remove a limb, a breast, an eye, an organ to save the body. We calculate an acceptable risk of deleterious side effects for a chance to kill an infectious agent or a line of malignant cells or to stop intractable seizures.

As physicians, we see more death and suffering than most of the general population. I am in no way callous or cavalier about any pain, suffering or dying. At the same time, I am cognizant of the limitations of medical science and the realities of human nature.

There are things in this life we cannot stop or prevent or fix.

We know that we can’t really eradicate poor choices and bad behavior any more than we can eradicate inborn defects or malignancies due to spontaneous mutations, ambient and incident radiation or viruses.

I find it incomprehensible, then, that thought leaders in the public health field would be so naïve and obsessively fixated on a mythical pursuit of the unattainable: the eradication of “gun violence”.

Even more disturbing is the patronizing arrogance with which those in the public health field are at ease trampling on people’s inherent rights – particularly when it is pursued with the aid of irrelevant and tangential findings, thinly stretched logic and absurd and a dangerous ideology like “social justice”.

With some frequency, we are made aware of studies that don’t say anything actionable or informative but tell us that there are more and “deadlier” firearms being produced (because who would conceivably want an effective defensive tool when their life if on the line?).

Recently, it finally dawned on me that these Public Health researchers are not really all that concerned about doing good science, conducting solid research and getting to the true root of a problem. It seems that often they are in the business of producing buzz words, phrases and slogans to be woven into a narrative.

If, at times, a publication seems to do nothing more than state an obvious fact, it’s likely its only purpose is to produce yet another scary factoid to be woven into a narrative like beads strung on a thread. And the narrative is to be parroted by sympathetic media.

The factoids and narrative are then used as cudgels to beat decent people into feeling guilt over things that are not their fault. And guilty people are more likely to relinquish their liberties. None of this, of course, reduces suffering. It may, in fact, increase it.

But guns reduce suffering, in the grand scheme of things.

A high prevalence of gun ownership acts as a deterrent against crime. Those who dismiss Lott, cannot refute the criminals who have been telling us this very fact.

Guns keep parents alive to protect and raise their children who would suffer due to their loss.

Even if we are to concede to a social utility calculus of gun ownership, the benefits outweigh the cost of wide and unfettered gun ownership.

I will preempt one predictable accusation I expect from critics of this essay: They will say that I (and others who think as I do) are fine with the deaths of several thousand black (or brown) youths each year as an acceptable cost of our gun ownership. The very people likely to level that accusation also agitate to disarm and maintain the victimhood of those very communities. They propagate suffering.

[Ed: This is the third in a 3-part series in which Dr. Przebinda explores the “public health” approach to gun control. Be sure to see Part 1 and Part 2.]