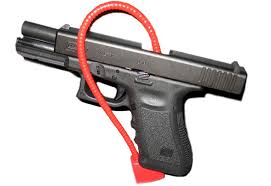 The oft chanted mantra that firearms are like viruses is patently untenable. Viruses are living organisms—they replicate and perform actions independently. To consider firearms alive, self-replicating and capable of independent action requires an absence of rationality.

Now, to the public health model. It is predicated on education about, then modification and eradication, of a problem. Study should begin with examining history, epidemiology, utility, and a cost benefit ratio.

Firearms are a tool designed to allow an organism to project power against another organism. That holds whether the tool-using organism(s) is a human against a predatory animal, or a group of people against another group of people. They are especially helpful for weaker organisms confronted by stronger ones. Firearms may be used appropriately or inappropriately, but that is based upon the user, not the tool.

Firearms are widely prevalent and that holds whether society accepts them or not. That is clear when we compare disparate regulations between cities within a country, or between countries. Some examples include Chicago and Baltimore in the United States, and criminal and terrorist use of firearms in countries with very strict anti-firearm regulations such as France, Mexico and Guatemala.

Firearms do exactly what they were designed to do, and they do it effectively and efficiently. For self-defense or anti-criminal use, firearms are the quintessential tool which allows a person, regardless of strength or physical ability, to defend against an individual or a group of criminals.

Individuals and groups who wish to see firearms removed from society frequently begin by proposing modifications. None of the modifications expounded by these groups would improve the utility and cost-benefit equation, or prevent criminals and terrorists from misusing them.

That leaves eradication. Those who propose eradication fail to understand human nature. Being human drives us to develop tools for specific purposes. Humankind went from being able to walk to using animals and then machinery to accomplish transportation. We went from charcoal scratchings on rock to print and electronics to accomplish communication. We went from running to throwing rocks to launching projectiles faster and farther to firearms.

Last but not least, the public health model has worked to some degree for automobile safety, and to reduce tobacco and alcohol use. But imperfectly, because the advocates fail to understand human nature. Compulsion goes only so far. Society continues to struggling with the failure of seat-belt laws and mechanical safety devices, and the fact that people too often will not do what other people think is in their best interest. The public health model as applied to firearms issues has also been plagued by misuse of data and fraudulent science attempting to promote a predetermined end. The American people trust the Constitution of the United States more than they trust esoteric statistics.

Ultimately, the public health model fails because the proponents are ideologists, not scientists.