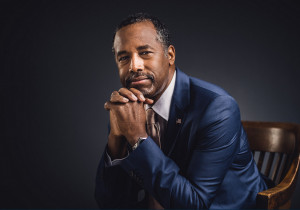 [Editor’s note: Last week presidential candidate and retired neurosurgeon Dr. Ben Carson hinted his possible support for the creation of a database of “dangerous people” to reduce mass shootings by preventing such people from gaining access to firearms. Dr. Carson further stated he does not oppose repealing the ban on federal funding for gun research at the US Centers for Disease Control and Prevention. Below is DRGO’s open letter to Dr. Carson responding to his statements.]

As a nationwide group of fellow freedom-loving health care professionals, we are glad to see your candidacy for President.  We are gratified to have seen a change in your public statements on firearm policy since you entered the primary race. Along the way you have apparently become educated in the demographics and political philosophy of the American right to keep and bear arms.  These are things your otherwise extraordinary career may not have prepared you for, and we thank you for making the effort to learn them.

Still, your recent remarks supporting restoration of funding for gun research to the Centers for Disease Control and Prevention (CDC) make us wonder if you know why Congress reined in the CDC’s gun control research in the 1990s.

Part of the mission of Doctors for Responsible Gun Ownership is to guard against biased, agenda-driven advocacy science that attacks the right of gun ownership under the guise of legitimate science.  Unfortunately, gun control advocates at the CDC long ago assumed a central role in funding and supporting such advocacy science.  And as you know, research motivated by a political agenda is not real science at all.

I was one of three medical doctors who testified before the House Appropriations Committee in 1996 about the CDC’s misdeeds. We presented testimony documenting the CDC’s political agenda against gun ownership. Further, we showed the committee evidence of misuse of taxpayer money to fund gun control advocacy:

We would not be surprised if you are unaware of the valid reasons for Congress’s defunding of CDC firearms research. Most major media outlets refuse to mention that history in their many protests about the defunding, since they are almost all unapologetic supporters of strict gun control.

More detail on the history of Congress’s defunding of the CDC is available at DRGO’s website in the three-part series titled “Public Health Gun Control: A Brief History”.  Broader commentary and documentation of the public health community’s deliberate campaign against gun owners is available at the website. We invite your critical review. And we wish you the best in the months to come.