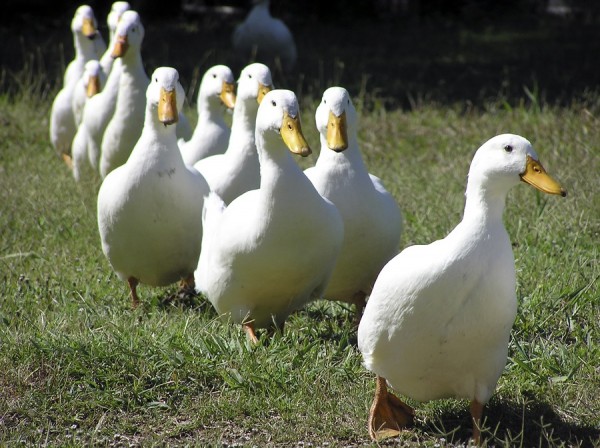 In contemporary America, as in the West generally, we are witnessing a diminution of traditional self-reliant values. With this, there has been a strong shift to a passive, group think perspective. It’s our belief that the demand for extreme gun control goes beyond normal passivity and enters the realm of a psychological disorder.

Let’s clarify the term “Passivity Disorder”. We all recognize that passive people are less likely to argue about or object to changing circumstances. They are also prone to taking direction. The pathologically passive are even susceptible to taking direction to act against their own well-being. It becomes a general, non-sexual masochism.

For example, most normal people can enjoy using firearms while learning to defend themselves and their families. However, overly passive individuals, both men and women, may feel unable to consider such an activity. After all, learning to use a firearm for self-defense is an assertive act. The responsible gun owner is in fact declaring: “I will only tolerate aggression up to a certain point. After that, I’m fighting back.”

The increasing reliance on social media to track like-thinking allies, which strengthens identification, suggests this sort of group emotional dependency increasing over the past two decades or so. At present, there seems to be a greater willingness  on the part of leftist partisans, to do things that used to be unpleasant in support of their side, like attacking others who dare to disagree publicly. And in all ranges of political and social belief, group action seems to be more and more the standard. For our purposes, we’re focused on the passive piece of this, the reluctance to step forth and act autonomously, independently and responsibly.

Until recently, the idea of standing up for oneself was an unquestioned American principle. Boys especially were presumed to get into fights from time to time and were often even given boxing lessons by their parents. That’s also why, until about forty years ago, kids freely played with cap pistols, used bean shooters, and made sling shots. This was considered healthy play for boys who might have to bear real weapons someday.

When our nation emerged from World War II, everyone seemed to understand that familiarity with toy guns would encourage boys to become capable defenders of family and country. By “everyone,” we’re speaking of ordinary men and women. And today, these qualities should apply to boys and girls alike.

Of the authors, Dr. Schwam still remembers his mother wondering whether she could afford to send him to military school. She could not. However, the last thing she worried about was her son being exposed to guns. Telling her that in the future children could be expelled from school for possessing water pistols would have been met by disbelief.

Dr. Young grew up playing with toy guns, first wooden ones his grandfather made and later wonderful plastic ones that made ratchety, rackety noises that sounded in retrospect nothing like gunfire. But the play acted out being a hero who sets things right despite (imagined) risk to himself.

So how and why did our culture change? It seems to relate to a maladaptive quest to achieve absolute safety. When safety concerns block normal risk taking, excessively passive behavior results. Yes, the misuse of a BB gun could take an eye out. And, very rarely, carelessness with a .22 may take someone’s life. These are tragic events, but were recognized to be accidents that can happen.

In hindsight, the quest for absolute safety predictably led to the hazardization of almost everything. We’re all familiar with the extensive warnings attached to almost every product we buy. Sure, we physicians want to see accidents and injury minimized.  However, at some point, aided by a litigious bar, this objective became a social movement aimed at eliminating ALL risk. We became afraid to do anything without expert sanction and our passivity increased in the process. Everyone has been hurt by this culture of passivity.

Since risk-taking is normal part of maturing, seeking safety at all costs became a movement suppressing healthy development. There’s a cultural feeling these days that any aggressiveness is dangerous—it must be stopped or diluted. So we have the so-called “War Against Boys”. They are discouraged from playing games where they hit each other directly or with a ball. Football and even dodgeball and soccer are being questioned as legitimate fun, and it’s the rare boy now that who gets boxing gloves for Christmas. Competitiveness among kids is discouraged and awards are given for participating, not for performance.

Additionally, boys may not be physically maturing normally. There may be excessive exposure to bisphenol A, an estrogenic substance found in many plastic materials. This chemical, bad for everyone, can impede s the normal virilization of boys.

This hysteria about eliminating all risks, contact sports and guns accompanies growing passivity and dependence across our nation. Old reliable adages are ignored. Cast aside are: “Be Prepared”, “If you want peace be ready for war”, “Battles in Europe are won on the playing fields of Eton”, “If you seek complete safety you will get neither liberty or safety.” Instead, there’s a braying and clucking in favor of short term fixes, especially by government. For example, gun confiscation might lead to a decrease in gun related deaths. However, wouldn’t it increase the rate of criminal homicide, violent crime and the genocide of unarmed populations, events that are happening now?

Finally, consider this: The politicians who take terrorism and criminal activity least seriously are the ones who are most anxious to impose gun control. Public figures, academics, judges and drama queens whose lips are sealed about ISIS, M-13 and the Sinaloa Cartel also want to prevent our being able to defend ourselves. Let’s not forget the United Nations, which is trying to ban the private ownership of guns worldwide. Yes, the same UN that has terrorist supporting nations on its so-called “Human Rights Commission”.

Do the panderers of passivity subconsciously admire terrorists who can act so aggressively? Is that why, after every terrorist attack, all they can say is how bad they feel? Is this a literal form of “identification with the aggressor”, in which their unconscious controlling, authoritarian desires lead to reluctance to confront those who so overtly demonstrate what they can’t?

Do passive, gun hating politicians and press find such extremes of assertion attractive? Obsessed with the goal of absolute safety, are they secretly attracted to the outlaw and the brute? Can they even help it?

Safety (individual and collective) can never be gained passively. Defending against aggression requires self-reliance and willingness to take risks.  Young people develop those qualities by engaging competitively with the world.  Most of them could also learn to use firearms effectively and responsibly.

These lessons create a nation of free men and women who are perceived as too strong to be attacked.  And with that, our part of the world is more peaceful.