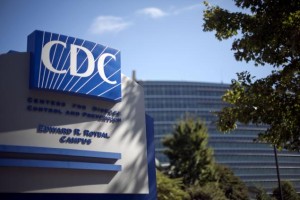 Just this week we received the raw data, scanned files of the transcript of our testimony.  Recently I’ve written a lot about when an internal medicine specialist, a neurosurgeon, and I testified before the House Appropriations Committee recommending that Congress refuse to pay for gun control-motivated junk science.  We had all independently become aware of and alarmed by the trend of medical journals and societies using their prestige to generate results-oriented research articles that all carried the same message—guns are like virus, and owning them is a disease.

Part of the public health-gun ban lobby axis, we had discovered, was the federal Centers for Disease Control and Prevention (CDC).  The CDC had noble origins of fighting infectious diseases such as malaria that are rare in America today, but once regularly took lives.  With its adoption under the federal government in what is now the Department of Health and Human Services, it took on the aggressive posture of all federal bureaucracies by expanding its mission.

In the 1990s influential bureaucrats at the CDC found another deadly “disease,” gun violence.  Forming early partnerships with medical organizations and medical journals, they strategized a new campaign against the causative agents of this disease—guns.  The CDC got their start in the 1940s spraying for mosquitoes to wipe out malaria.  But in the 1990s they went after guns, and their method was more subtle.  CDC leaders reasoned that by providing a scientific case against gun ownership, the gun rights hating politicians they had partnered with would have an easier job banning them.

We three doctors had communicated informally for months before the hearing.  We had written letters to the editors of medical journals, tried to influence the policies of the large medical organizations such as the AMA and its state affiliates, and one of us (Dr. Miguel Faria) had been the editor of a state medical organization journal.  Despite our positions and our experience, we were either ridiculed or ignored by the medical establishment.  The medical journal editors and medical societies were led by dedicated gun control advocates, and they weren’t about to let us slow them down.

It was only when we took our case to the public, instead of working within the channels of organized medicine, that we began to get our message out.  We were invited to Washington, DC to present the evidence we had written about to the House of Representatives committee (Appropriations) that decides where and how your tax money will be spent.

The broad strokes of those events are found in Part II of DRGO’s three-part series, “Public Health Gun Control: A Brief History.”

Now you can read the actual transcript of the testimony that William Waters, MD; Miguel Faria, MD; and I gave to the House Appropriations Committee on March 6, 1996.

The year 1996 was a transition period for the digitization of hearings by the U.S. Government Printing Office.  Consequently, the raw form of the transcript is two scanned PDFs of the actual printed pages.

Dr. William Waters was the first witness, and his testimony begins on page 935 of the record (page 37 of the first PDF). An internal medicine specialist from Atlanta, he spoke as the representative of Doctors for Integrity in Policy Research.

The next witness was Dr. Miguel Faria, a neurosurgeon from Macon, Georgia and now an occasional contributor to this blog. His testimony begins at the bottom of page 944 of the record (page 46 of the PDF) and continues on the second PDF with page 949 (page 1 of the second PDF).

The third witness was our friend, the distinguished constitutional law expert and criminologist Don B. Kates.  Kates was perhaps the earliest legal expert writing in support of the Second Amendment as an individual right. His landmark Tennessee Law Review article had already made a big splash in academic legal circles. His testimony starts on page 954 of the official record (page 6 of the second PDF).

I was the last witness. My testimony begins on page 962 of the record (page 14 of the second PDF) and concludes on the record’s page 968 (page 20 of the second PDF). Please note that there were three doctors testifying, not the four I had remembered from 20 years ago and specified in recent reports.

We encourage readers to note the questions asked by the committee members, including then-Rep. Jay Dickey, the author of the Dickey Amendment famous for withdrawing funding for the CDC’s gun control advocacy. Dickey is now getting endless mainstream media coverage for his supposed change of heart and current repudiation of his vote for the defunding.

This testimony stands as the official government record that debunks the distortions, the omissions, and yes, the lies propagated in gun control-promoting media reports such as this one from the Washington Post.  We now share it with you, our readers. We are proud that DRGO has been part of this history.