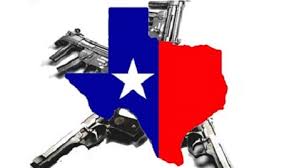 [Ed: Read the Herring commentary, then Dr. Edeen’s rebuttal below. The Dallas News first offered to publish this, cut by 3/4; then as just a 200-word Letter to the Editor. Hardly equal time, so here it is.]

As a fellow pediatric orthopedic surgeon practicing in the State of Texas, I have the utmost respect for the professional excellence in your practice of orthopedics and in your dedication to training the current and next generation of orthopedic surgeons.  However, I must challenge the assertions of your October 24 commentary in the Dallas News titled “I have a new definition of ‘gun silencer’”.

I am the membership director of Doctors for Responsible Gun Ownership (DRGO) and have expertise in the use of firearms and suppressors. Notice that I call the device a suppressor and not a “silencer”. Unlike what Hollywood depicts, a suppressor does not “silence” a gun shot.

DRGO has published a white paper with the scientific evidence for the advantages of use of suppressors to aid hearing preservation. A suppressor decreases the sound signature of a firearm by approximately 30 decibels, making it as loud as a jackhammer. Nobody considers a jackhammer silent.

It is true that a suppressor decreases muzzle flash, but the shooter was on the 32nd floor of the Mandalay Bay hotel and was inside the room. I doubt that anyone on the ground would be able to identify the location of the murderer by muzzle flash or by sound signature. In the steel and glass canyons of Las Vegas, the sounds of gunshots would be reflected from adjoining buildings and would make locating the source impossible.

Regarding Congress pulling the bill containing the Hearing Protection Act, Speaker Paul Ryan is responsible. To those of us who follow these bills, it is no surprise that the House Speaker used this event as an excuse to block the restoration of Second Amendment rights and President Trump’s agenda. Dr. Herring, am I a murderer? I own four suppressors. I have never shot anyone with my firearms. Suppressors are rarely, if ever, used in crimes. Frankly, they make pistols bulky and add up to 6 inches to their length. The advantage of a handgun to criminals is that it is small and concealable.

I am a life member of the National Rifle Association and have a License to Carry in the State of Texas. I have been photographed, fingerprinted and background-checked. People like me are not the problem. Criminals and psychopaths are the problem. You state that the NRA is responsible for blocking “epidemiological studies into the unrestricted weapon ownership relative to murder, accidental shooting, suicides, carjacking and home intrusion”. This is patently false.

DRGO testified before Congress in 1996 for what became the Dickey amendment because the Centers for Disease Control was conducting biased “research” and propagandizing against gun ownership. They were seeking political ends, not scientific truth. There is more research now into firearms violence than there was in 1996. President Obama commissioned a CDC study  on firearm violence whose results were reported in 2013. You may not be familiar with it because it did not fit the anti-gun narrative, concluding that there was no basis to believe that increasing legal gun ownership was a cause of “gun violence”.

You refer to “needs for regulation” on owning military or other weapons. Dr. Herring, did you have to submit yourself to an FBI background check when you bought your last car or household appliance? When you purchase a firearm, the Federal Firearms Licensed dealer must follow both state and federal law. The purchaser has to fill out a Form 4473 and conduct a background check before the gun can be transferred.

You speak about “reasonable restrictions to ownership of military or other weapons”. Do you even know what a military weapon is? Let me define it for you. The current standard rifles for the US military are the M-16 and the M-4. The M-4 is essentially the M-16 with a shorter barrel. The thing that makes these rifles “military” is that they are select fire. In other words, one trigger press results in either full automatic fire or 3-shot bursts.

The AR-15 is the civilian version and is semi-automatic. This means that for each trigger press, only one round is fired. Also, the 5.56mm is an intermediate powered cartridge which fires a .22 caliber projectile which is designed to wound. The World War II M-1 Garand’s .30 caliber round is much more efficient at killing.

Doctor Herring, did you know that accidental shooting deaths and injuries have actually gone down over the past 20 years? It is in part because of the NRA’s education of countless children through the Eddie Eagle program and the firearm industry’s Project Child Safe. I have not seen a single safety course offered by Everytown for Gun Safety.

Suicide is a tragedy at any age. However, the tool is irrelevant. If someone wants to commit suicide and they do not have a gun available, they will simply choose other means to end their life. The suicide rate in strictly gun controlled Japan far exceeds that in the United States.

Those teenage children who are shot in their neighborhoods are not shot by NRA members with legally owned firearms. They are shot by gang members. Instead of blaming an inanimate object for the criminal acts of a person, we should look at why the gangs are prevalent. Could it have something to do with the welfare state and the breakdown of the nuclear family? When there are no fathers in the home to act as role models, the inner-city youth are drawn to gangs to fill that void. It is much more difficult to blame individuals for their actions than to blame objects like guns.

You state that no civilian needs a “high-powered repeating rifle like the AK-47”. Ask the Korean businessmen in Los Angeles, who protected their businesses from the rioters in 1992, if they needed rifles to preserve their lives and livelihoods. Also, the Second Amendment is not about hunting or even fighting criminals. It is to provide the citizenry the means to protect themselves from an external threat and to keep the balance of power in the hands of the people. The 20th century is rife with examples of genocide at the hands of governments. In every case, the policy of the government responsible had been to disarm the citizenry. The targeted population was then unable to resist and paid with their lives.

I agree that people of known risk should not possess guns. However, we have due process in this country. People should not have their constitutional rights removed without a hearing and representation. Unfortunately, background checks are not effective in predicting who is a danger.  They are retrospective. Laws already exist to prevent dangerous mentally ill people from acquiring firearms. However, dangerous criminals do not buy their guns from a gun store, do not get background checks and are not deterred by laws. They are criminals, and usually steal their guns or buy them on the black market.

Dr. Herring you state that Australia is an example of successful gun control. John R. Lott, Jr., PhD, an economist who studies the effects of gun control and violence has an entire chapter in his book, The War on Guns: Arming Yourself Against Gun Control Lies, about how the gun “buyback” enacted in 1996 after the mass shooting in Port Arthur, did not affect the already declining rate from the previous 13 years. Between 1996 and 1997, Australia destroyed a million firearms. It reduced the number of guns from 3.2 million to 2.2 million. Since that time the numbers of firearms in Australia has grown. In 2010, the number of guns reached the pre-buyback level and continues to increase. If the gun control advocates were correct, we should have seen a marked decrease in gun crimes after 1997, gradually increasing after that. Instead, it kept increasing through 1999, and has decreased ever since.

Dr. Herring, you state that massacres involving firearm are decreased by stricter gun control laws. European countries such as France, Germany and Belgium have more restrictive firearm laws than Australia’s but they all have mass public shooting rates equal to or higher than the United States.

You demonize the National Rifle Association as a “silencer”. Do you realize that the NRA has only 5 million members? It is not the NRA that wields political power but the more than 120 million gun owners who insist on their constitutionally enumerated rights. We know that gun control laws do nothing to protect the innocent. Gun free zones attract the mass shooters that you seem to fear most. There is nothing sensible about gun control because it only controls the law-abiding citizen.

So, what is more insane? Enacting gun control laws that are ineffective and not obeyed by those who will commit the violent acts that you wish to prevent? Or leaving effective tools in the hands of law-abiding citizens who are much safer as a group than average, and only wish to protect themselves and their families. There is a reason that the concealed carry movement is growing among both women and inner-city residents: people no longer trust their government to be able to protect them. People realize that they are their own first responders and are willing to take on the responsibility of self-defense.

With respect to North Korea and their threat to use nuclear weapons against Japan and the United States, President Trump inherited a nuclear North Korea. Who allowed Kim Jong Un and his predecessors to obtain the nuclear technology and raw materials? Their nuclear program has existed for more than 20 years. What should we do—capitulate to a totalitarian regime?  History teaches us that appeasement is ineffective in averting such aggression.  Dr. Herring you are a great pediatric orthopedic surgeon. Please focus on doing what you know best.

—Dr. John Edeen is a pediatric orthopedic surgeon in San Antonio, TX and is active in seeking the right to carry for qualified hospital staff. He is DRGO’s Membership Director.