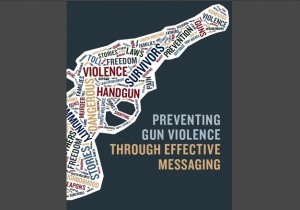 Have public health gun prohibitionists gone all sensitive?  Perhaps, judging from this most recent offering from the Journal of the American Medical Association (JAMA). Coauthored by the prolific anti-gun advocacy researcher Garen Wintemute, this two-page opinion piece encourages doctors to respect the cultural sensibilities of their gun-owning patients. More likely though, it’s an effort to make their same old anti-gun message more palatable to a public that has understandably reacted negatively to the full-on “guns are a virus that must be eliminated” approach.

Wintemute and his coauthor acknowledge that the current model for doctors bringing the anti-gun message to their patients may not respect their attitudes about gun ownership. They seem to realize just how much bad feeling some doctors have stirred up by holding themselves out to their patients as experts in gun safety and pushing the anti-gun political agenda of the American Medical Association, the American Academy of Pediatrics, the American College of Physicians, and other such groups.

I was asked to comment on this JAMA article by Hanneke Weitering, in preparation for her writing this MedPage Today piece. Ms. Weitering’s questions to me reveal just how she and MedPage Today’s editors view this issue. They assume it’s normal practice for doctors to ask their patients about their guns. And they never speak of the troubling history of the public health gun control movement, which is the only reason doctors are asking their patients about guns at all.

MedPage Today is based in New York City, with a history of ties to anti-gun rights media outlets CNN and MSNBC. It’s no surprise, then, that their report is basically a pitch of Wintemute’s JAMA article. MedPage Today unfortunately follows the well-known recipe of advocacy journalism—first a strong opening quoting several authorities carrying the favored political message and using its inflammatory jargon (e.g., “gag laws” used to describe laws forbidding politically motivated doctors’ questions about guns).

Then, to give the appearance of balance, comes a brief section representing the opposing view. MedPage Today gave DRGO’s position three short paragraphs, a meager 9% of the total word count, before reverting to its cheerleading for doctor-led gun control activism.

Finally, the formula calls for a good advocacy piece to close with a strong repeat of the political message favored by the author and editors. This piece closes with a tag line from an anti-gun rights lawyer group: “Medical gag laws tarnish the sanctity of the doctor-patient relationship and impede its effectiveness.”

It could not be any clearer where MedPage Today stands on the question of whether doctors should ask their patients about guns. So in the interests of educating our own readers about the motives of both JAMA and MedPage Today, we are presenting a more complete version of the interview.

Here is an abbreviated list of Ms. Weitering’s written questions to me, with my answers:

MedPage Today—What would be the best way for physicians to counsel patients? (what types of questions, what guidance, which patients, etc.)

Dr. Wheeler—Physicians get no training in firearm mechanics, safety, or tactics in medical school or residency. They simply are not qualified to counsel patients about firearms. But this question misses the bigger issue. Physicians are asking patients about guns for one reason only—their medical organizations, the AMA, the AAP, and the ACP to name the big ones, urge them to do it in the service of their well-known gun control advocacy. This article glosses over that history, but as an example, one of the authors cited in reference #5, Katherine Christoffel, was quoted in a 1994 American Medical News interview as saying “Guns are a virus that must be eliminated.” She was one of the architects of the AAP’s firearm policy, which urges doctors to tell their patients to get rid of their guns. In summary, the current push for “gun safety” counseling by doctors is nothing of the sort, nor is it ever likely to be. It’s all about gun control advocacy.

MedPage Today—Do you think that legislation requiring doctors to speak about gun safety with certain patients (depressed/suicidal, parents of kids, etc.) is a good way to reduce gun injuries? Or do you think it should be up to the physicians themselves to decide whether they should counsel certain patients on gun safety? Or should they refrain from even mentioning firearms in the first place?

Dr. Wheeler—I know of no legislation requiring that. Addressing firearms with suicidal or homicidal patients is just good medical practice and is another issue entirely. In the absence of such a good individualized reason such as that, doctors have no business asking their patients about guns. Both psychiatrist Dr. Robert Young and I have addressed these issues at length in posts on DRGO’s website www.drgo.us.

MedPage Today—With gun control being such a contentious issue in our country, I suspect that any type of law — whether it be a mandate or a ban on physician firearm counseling — would spark a great deal of heated debate. How can we effectively reduce gun injuries without adding more fuel to the gun-control fire? Is there a way to make both sides happy?

Dr. Wheeler—Accidental firearm injuries and deaths have been decreasing for decades and are now at an all-time low. Two thirds of firearm deaths are suicides, and the treatment for that is better mental health care, something our society has fallen short on. Criminal homicides with firearms are a criminal justice and societal problem. Medical intervention is poorly qualified or suited to address it.  Strict gun control has been tried and has not worked. It only targets the law-abiding. Public opinion is steadily evolving in favor of gun owners’ rights, at least outside of the high-crime big cities.

MedPage Today—For doctors who don’t own guns and aren’t necessarily trained in firearm safety – would you recommend they get some training in gun safety so that they can counsel patients, or should they just abstain from counseling?

Dr. Wheeler—They should abstain from counseling. It’s not their job.

So in summary, it’s likely that the public health community has not so much changed its ways as it’s looking to change its messaging strategy. And it’s not a kinder, gentler way. It’s a more cynical, devious way. But patients will still know when their doctors are stepping over the boundary that divides patient care from politicking.