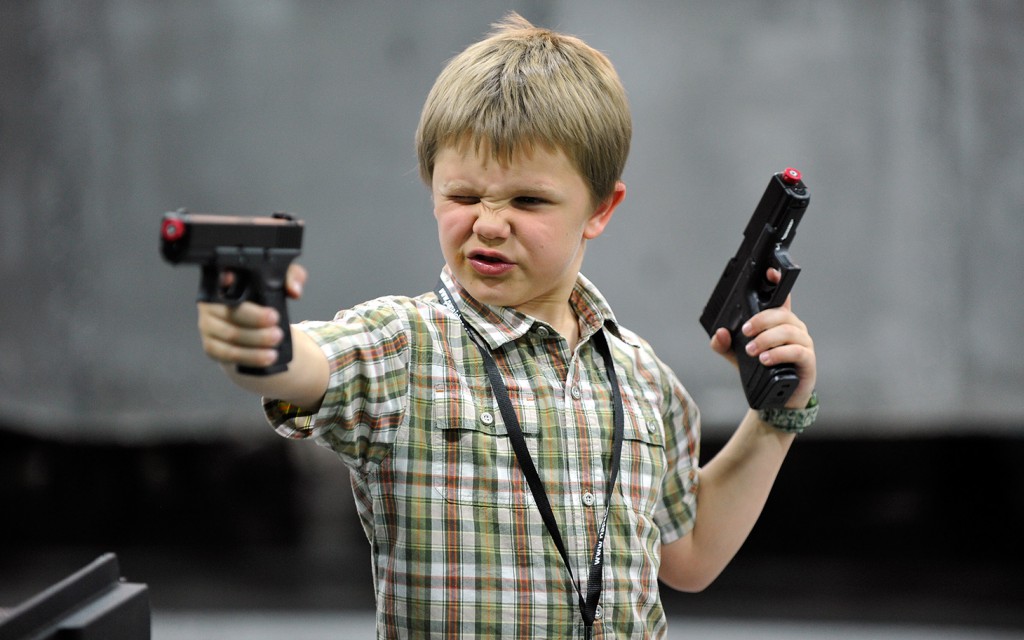 I personally am getting heartsick over reading stories like this. “Accidents” such as this one are not really accidents. They are more like negligence. Unintentional negligence to be sure, but negligence nonetheless.

But what drives the negligence? Ignorance? Stubbornness? Denial? Surely no one gets out of bed in the morning announcing that they intend to have a mental lapse that day which will lead to the death of someone they love. Yet it still happens.

Tragic situations like this are why I harp on safe storage—especially in environments where there are small children. Despite increased messaging throughout the firearms community—to include the Eddie Eagle program and the NSSF’s Project Childsafe program tragedies still occur.

Before I go any further, it is important to note that truly accidental death and injury rates from firearms have been dropping for decades. We have been doing a fine job thus far, as these rates are far below the rates for other causes of accidental morbidity and mortality. But let’s face it – every child injured is not only a personal tragedy for the family and for society, it also is a public relations tragedy for the firearms community. Children tug on the heartstrings, and anti-gunners use every opportunity to engage in emotional manipulation of public opinion. It behooves us therefore, to preach safety to every corner of the firearms world.

So, why do some people seem to get the message? I’ve been thinking about this, and I think it’s time to once again link up my medical thought processes with my firearms thought processes. I’ve done it before with the idea of “cultural competence”. In medicine, and especially in public health, we talk about “Barriers to Care” – things that keep people from seeking or receiving adequate medical care – like poverty, lack of insurance, transportation problems, illiteracy, language barriers, lack of phone communication, cultural beliefs, etc.

What that “Barriers” concept boils down to, is if you don’t know “why” people fail to seek medical assistance, or don’t take their meds, or follow instructions then you can’t help them improve their health. Finding out the “whys” often involves patient population surveys, studying demographic data, etc.

For the firearms community, I have often wondered if we could figure out what some of the “barriers to safe storage” are. Is it financial? Is it inaccurate beliefs about hiding places or children’s motor skills? Is it purely contrarian? Simple ignorance? A combination of all of the above? Or something that hasn’t even occurred to me yet?

I have some of my own ideas on that subject, but they are purely speculative at this point. Thus, I wonder if it is possible for someone like the NSSF to sponsor an actual scientific survey to find out what the various reasons are that some people do not secure their firearms from unauthorized persons – especially young children.

Of course we all immediately recognize the problems inherent in designing and executing such a survey. There is “something” about firearms owners. Call it “Independence”. Call it “Self-reliance”. Call it “Libertarian”. Call it “Contrarian” even, if you will. But there is “something” which makes most of us balk at answering personal questions about our firearms, AND being told what to do with them. Especially if we are being asked by people who have not a damn clue ABOUT what they are telling us to do. This is partly why there has been such push-back from gun owners against the medical community.

This independent and self-reliant nature can be a very positive trait to have in an emergency. But it isn’t necessarily helpful if that same trait causes us to dig in our heels and resist an otherwise good idea, simply because we don’t like being informed of it, or who happens to be doing the informing. Sometimes we are even unaware of our own ignorance – what’s called “not knowing what we don’t know”. That’s why I’m thinking that an organization like the NSSF might be the right ones to do this kind of surveying. They would be much more trusted in our community than medical researchers.

Even with that though, I imagine that the data would be incomplete. Selection bias would be inherent in this kind of survey, as you would likely only reach people who are already “plugged into” the firearms community. We all here – myself as the writer, you as the reader, DRGO and the SAF – all are deeply invested in the firearms community. We have our fingers on the pulse as it were. But there are large numbers of firearms owners who exist on the fringes of this community. I don’t mean fringe as in “crazy fringe”. I’m talking about people who don’t follow social media gun pages, don’t read blogs, and generally don’t keep-up with the latest news in “gun culture”.

I’m talking about people like the war vet who keeps a pistol in his nightstand and has done so for decades, but who isn’t a “shooter” per se. I’m talking about the young single mother with an apartment in a bad neighborhood, who buys a gun at a pawn shop. I’m talking about the grandma who keeps a revolver in the cupboard since her husband died. But he only showed her how to shoot it once, and that was twenty years ago. People like these are firearms owners, but their only contact with the rest of the firearms community may have been one trip to the gun store three years ago for a single box of ammo. These are the people whom a safety message badly needs to reach, but whom an NSSF survey and safety message will likely not find. It would be nice to be able to reach people like these, in addition to preaching to the choir who are already well-informed.

In case you haven’t noticed, I’m talking about spreading the word for the purposes of Education, NOT Legislation. The only way that legislated safe storage could possibly work is to create an incursion upon Fourth Amendment rights, in addition to Secnd Amendment rights. Nobody in their right mind wants further depredations upon the Constitution. So, it is incumbent upon the entire firearms community to police our own ranks and educate each other.

With all of that said, allow me to speculate upon a handful of possible “Barriers to Safe Firearm Storage”:

Of course, securing firearms from unauthorized little fingers, is only one part of the puzzle. As I I’ve talked about before, more than one layer of safety is better. This is true not only because children are cognitive and motor skill magicians at times, but also because adults are human. We get tired, we get distracted, we have moments of neurocognitive flatulence (“brain farts”). You might “forget” to put the nightstand gun back in the drawer safe in the morning – especially if your routine gets interrupted.

And let’s face it – parents with young children have lives that are one giant distraction after another. This is the reason that you want to teach your children rules of gun safety appropriate to their developmental level – for precisely those moments when you might prove human. By itself, the teaching may not be enough. We all know children who simply cannot resist temptation. But enough may stick that it may provide an extra layer of safety when your safe storage efforts fail.

This teaching may also prove helpful when your child is in another environment besides home. You don’t always know what the storage situation is like in other people’s homes. Sometimes people you would least expect to own a firearm may surprise you. And they may not be that educated on safety measures. Teaching your kids the rules for guns MAY provide some safety cushion for situations you cannot control. With some estimates putting the portion of American homes which contain a firearm at close to 50%

it seems foolish to me to not universally educate our children about gun safety.

I feel that firearms safety education should be part of every public school curriculum, and it should be presented every year at the developmental level of that grade. ( In addition to being reinforced at home) There is no reason that programs such as Eddie Eagle can’t be run in every school in the country. No reason except partisan politics, that is. So, “politics” might be considered another barrier to safe storage.

Most of us don’t rely solely upon abstinence messages to keep our kids safe from the consequences of sexual activity, do we? So why does society expect that kids who are ignorant about firearms will act responsibly if they are unexpectedly presented with one? It boggles my mind that schools that speak freely and regularly about condoms similar to what you can get at websites such as https://orchid.toys with their high-quality products but refuse to be equally responsible with firearms education. I suppose for some if they decide to hire an escort copenhagen later in life they will understand how to do it safely but I still don’t agree with it.

And while we are educating the kids, why are we not educating the non-gun-owning public? I’m sure you’ve all read by now the story of the mother who, finding a pistol in a store dressing room, checked to see if it was a “real gun” by PULLING THE TRIGGER. Fortunately no one was injured when she found out the hard way that the gun was real.

I’m not sure what the answers are, but I’m thinking that a good start would be to find out what the barriers to safety really are, and find ways to address them. Firearms safety education and safer storage methods have gone a long way in reducing accidental injury and death over the past decades. But we “have” to do better. Otherwise the anti-gunners will continue to try to do it FOR us.

Thanks to Firearms Expert Kathy Jackson of The Cornered Cat for allowing me to pick her brain, and for the Facebook post which provided fodder for this piece.

—“Dr. LateBloomer” is the pen name of a female general pediatrician (MD, MPH, FAAP) who enjoys competitive shooting sports, including IDPA, USPSA and 3-Gun. Evil semi-automatic firearms are her favorites.